In Search of a Bridge We Find a Memorial – at Whananaki

Last week while we were at Woolleys Bay we wanted to walk the Whananaki Walkway. [Only 4 words in that sentence didn’t start with ‘w’; unintended and interesting?] The walkway is between Sandy Bay and Whananaki South and mostly follows farm tracks.  Back in 2009 we’d been to Whananaki North and driven past the estuary which separates North from South. Definitely a settlement of two halves. We’d known even then that the estuary is crossed by a wooden footbridge; reputed to be the longest in the Southern Hemisphere. We missed seeing the bridge so now I wanted to join the dots up from the south. The walkway was a good opportunity to do that. Or so we thought.

The return trip was listed as requiring somewhere in excess of 5 hours so we set off relatively early. Early for us anyway; before 9am. We drove the short distance to next-door Sandy Bay and parked at the end of the public road not far north from there. The sign is like many in the Whangarei District; informative and helpful. At last we had some definitive details, like 2.5 hours and 5.7kms to the other end – where the public road leads on to Whananaki South. 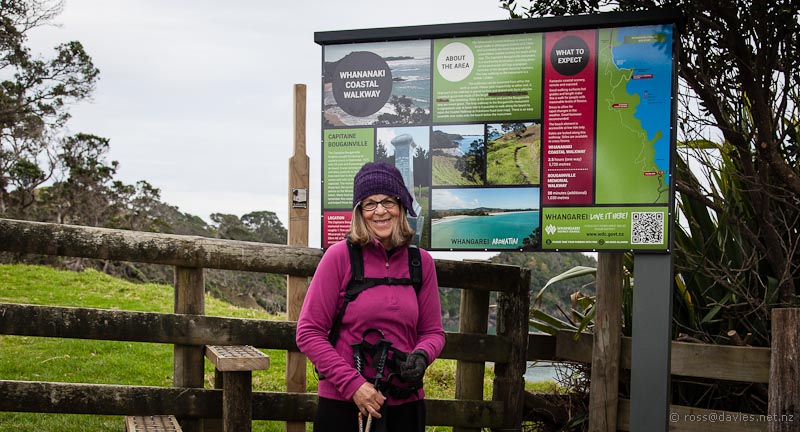 Wyn at the start of Whananaki Walkway

The walkway/track follows farm tracks around the ridges and gullies to the north; with good views over the sea to the south and east. 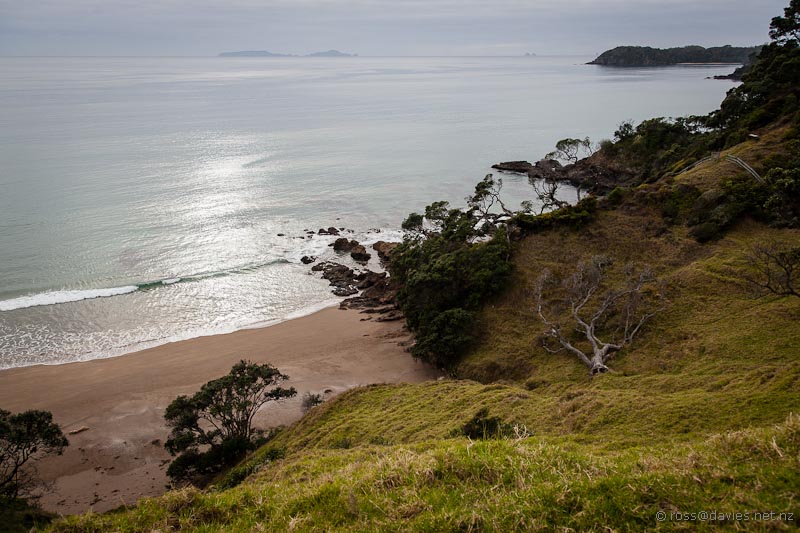 South from Whananaki Walkway to Poor Knights Islands. Whale Bay on the headland on the right in the distance. 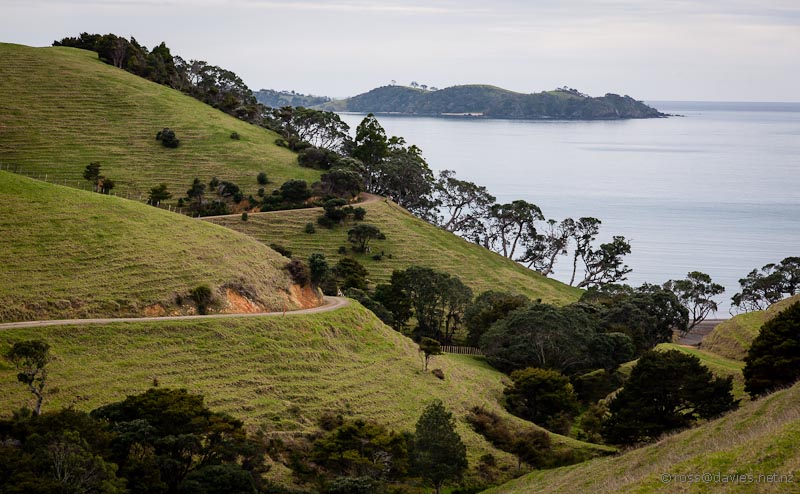 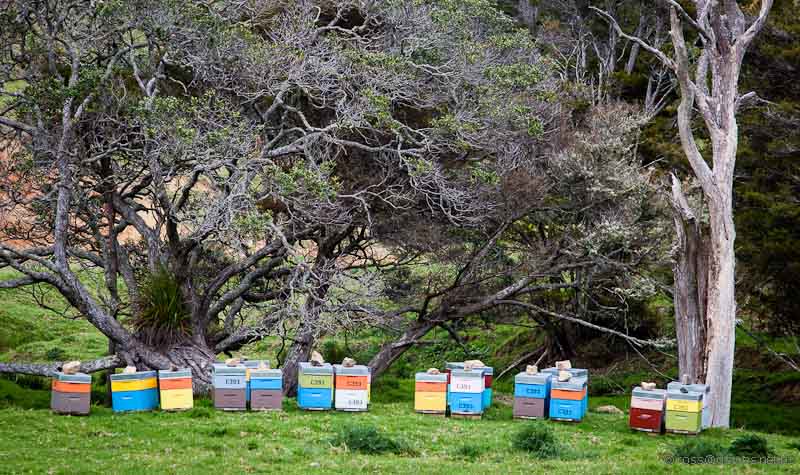 Beehives – Whananaki Walkway. I like what they are doing here. 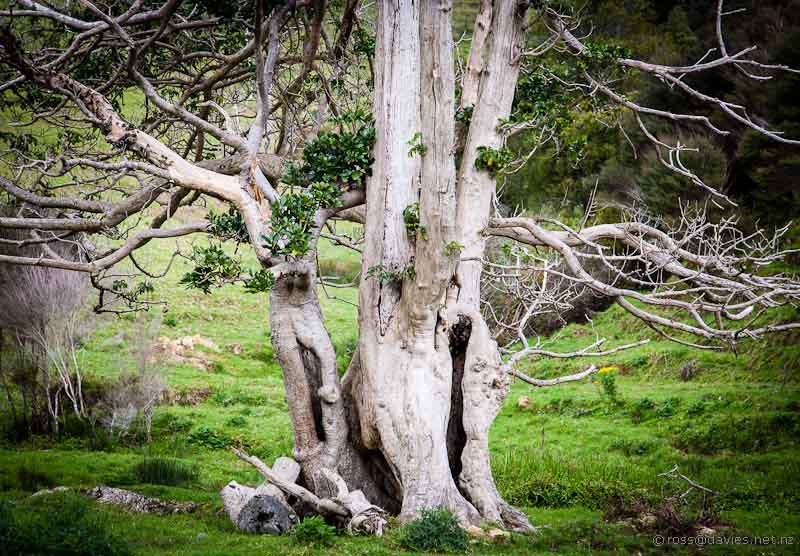 Eventually the track descends to the road behind the beach at South Whananaki; which leads on to the settlement and houses. 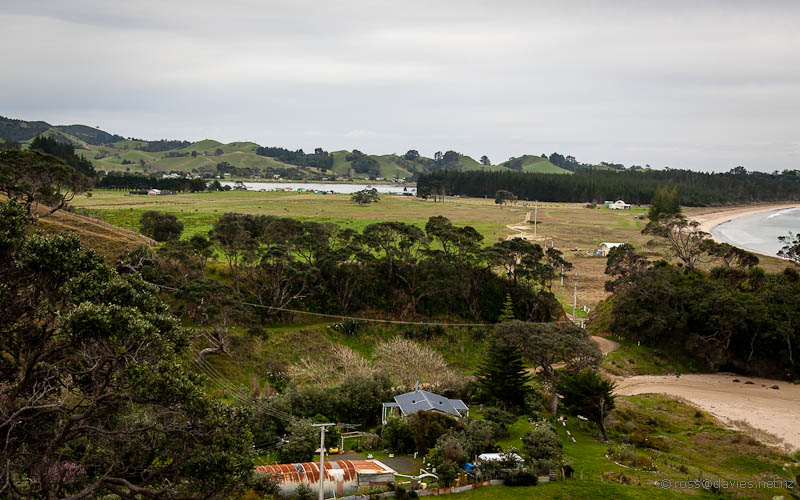 Whananaki South in the distance left of middle with Whananaki North on the far side of the estuary.

Eventually we reached the estuary and could see the footbridge. We were almost there. 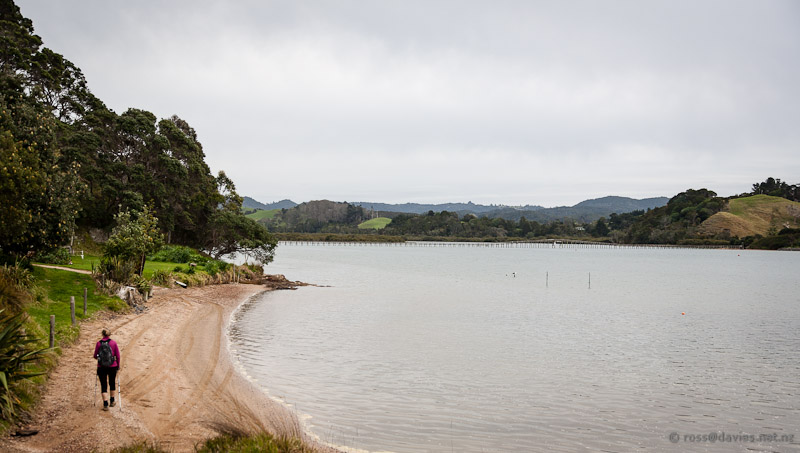 Footbridge across Whananaki Estuary in the distance

Footbridge across Whananaki Estuary. [Click on the photo to see a wider view of the same picture.]

It had never occurred to us that we mightn’t be able to reach the footbridge. But we met a local farmer who explained that with the tide being high we’d need to wade around the shore to reach the south side of the bridge. We decided that near enough was near enough. We’d walked almost 8kms to walk the bridge so were a bit disappointed. But not enough to take to the water and mud. It does seem like a bit strange though. They build an impressive bridge to cross the estuary but then access to the bridge on one side is tidal!

While sitting near the estuary contemplating all this, I found my abstract photo for the day in the waters of the estuary. 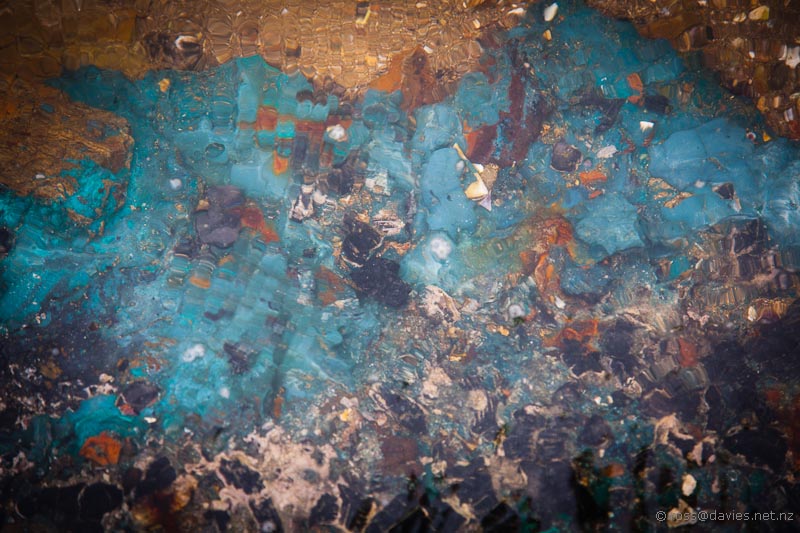 Wyn had read about a memorial near the walkway to the 16 people drowned when a ship sank just off the coast in 1975. Because the tide was in we chose to bypass the memorial on the way up the coast. The farmer who explained we wouldn’t reach the footbridge dry also explained that it was the 40th anniversary of the disaster last week. And the next day there was to be a gathering of survivors and local people who had been involved in the rescue. He explained a little of the search and rescue operation, and how it how left a big mark on all those involved. He mentioned that the captain had come from France for the occasion. Apparently the captain’s wife, daughter and two step-children had been drowned that night.

We headed back down the coast thinking that it would be good to visit the memorial on our way.

Heading south on Whananaki Beach. The memorial is on the ridge with the pine forest, just to the left of the lower edge of the forest.

Earlier in the day we’d met a well-dressed European couple. Their English wasn’t good and I thought they said something about going on to visit Miss Graham’s house. Later as we approached the memorial we met them leaving. I was struck by the woman’s shoes; sandals actually. Strangely out of place for the trek to such a wild location. [The context for the sandals became apparent later.] 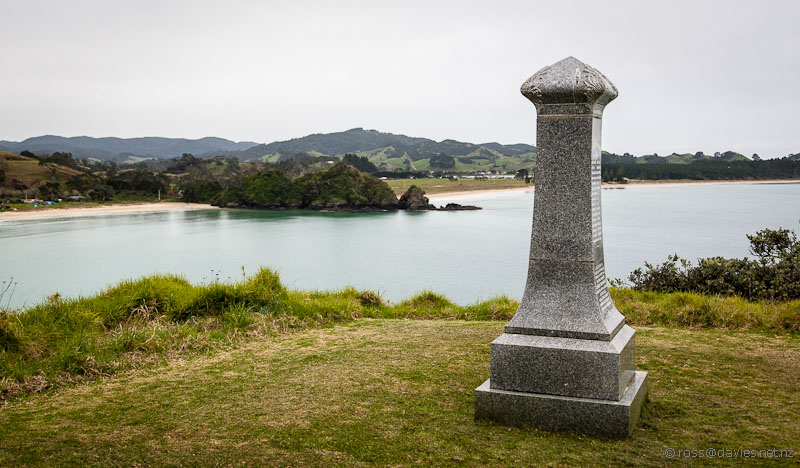 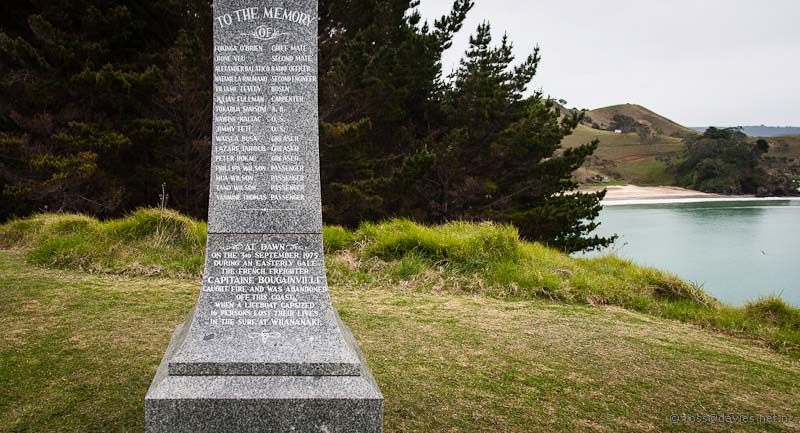 When we got back, we did a little research on the disaster. Here are three  links here, here, and here. One thing that interested me was how recent the disaster was; yet how little is known about it. 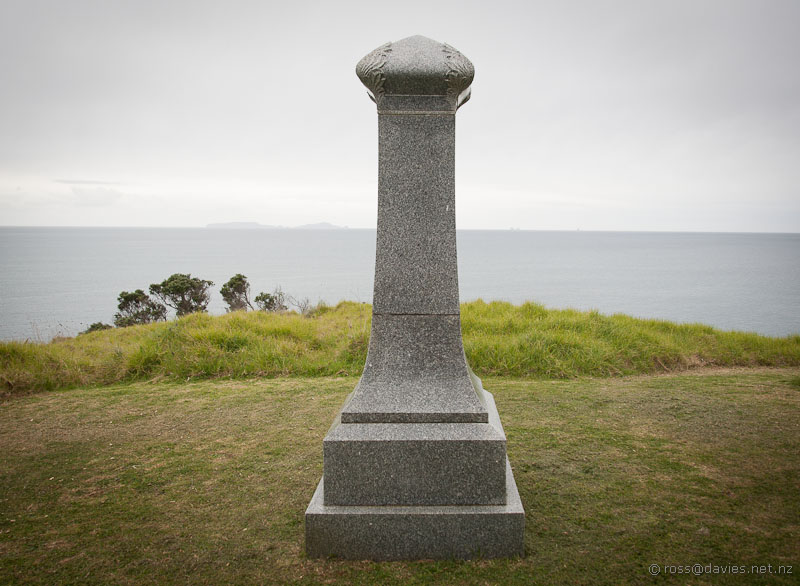 Memorial to victims of Capitaine Bouganville disaster of Whananaki Beach

It started to rain as we came to leave the memorial site. And rained gently all the way back to the south end of the walkway. We worried that they were going to get wet the next day when those gathered to remember the disaster 40 years before going to visit the memorial. [I see from one of the links above that the sun came out in time for their visit after a very stormy night; fitting weather for their grim remembrance.]

Next day we realised that we’d met the Captain who had come back to be part of the rememberance. He was the softly spoken man we’d met initially on our way north, and again as we approached the memorial on our way back south.