In Search of a Tree – Tane Moana

Up this way in Northland they have names for trees. I don’t mean like Rimu or Pohutukawa. I mean like Tane Mahuta. And Tane Moana. Tane Mahuta is the big Kauri guy over on the west coast. The biggest and most awesome. On the Tutukaka Coast lives Tane Moana, said to be the biggest kauri tree on the east side (sounds like a forest gang thing?). The information was a bit vague on how far Tane Moana lives from the road but we thought it’d be good exercise anyway.

The day dawned nicely at Woolleys Bay, and I was out early for a walk on the beach. The birds nesting on the nearby rock outcrops were not so nice; divebombing me on the beach. Not as scary as magpies, but scary enough to drive me from the beach. Which meant I did find the little mini-estuary down the end. 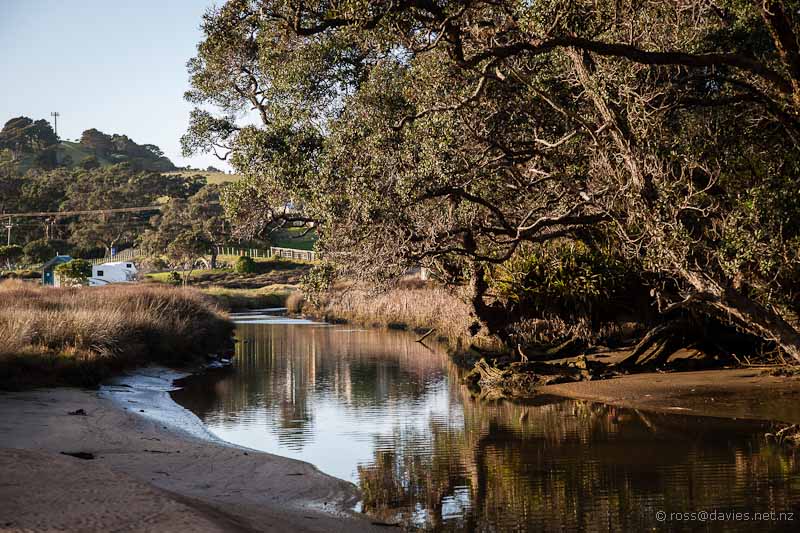 Woolleys Bay Tutukaka Coast. The aggressive birds were living on top of the rocks in the sea.

Much later in the day we headed off in search of our tree. There is a road inland from next-door Matapouri Bay and this soon came to an end where the track heads off. There was more understandable information there which made it clear that we probably didn’t have enough time to see Tane Moana. But we set off to get our exercise and see how far we could get.

The track started with a climb up an old farm track through exotic forest and further up entered native forest of a regenerating kind. The track became a real track with orange markers on trees which were often helpful with working out which way the track went next. There lots of younger rimu and totara trees and a sprinkling of kauris. It is a lovely track, in a nice undeveloped way – maybe a work-in-progress in parts?

We eventually stopped and worked out that we were still well short of the big tree. We were quite content to call it quits and head back the way we had come. We were running out of afternoon and running out ourselves. It was a day for the journey rather than for the destination. 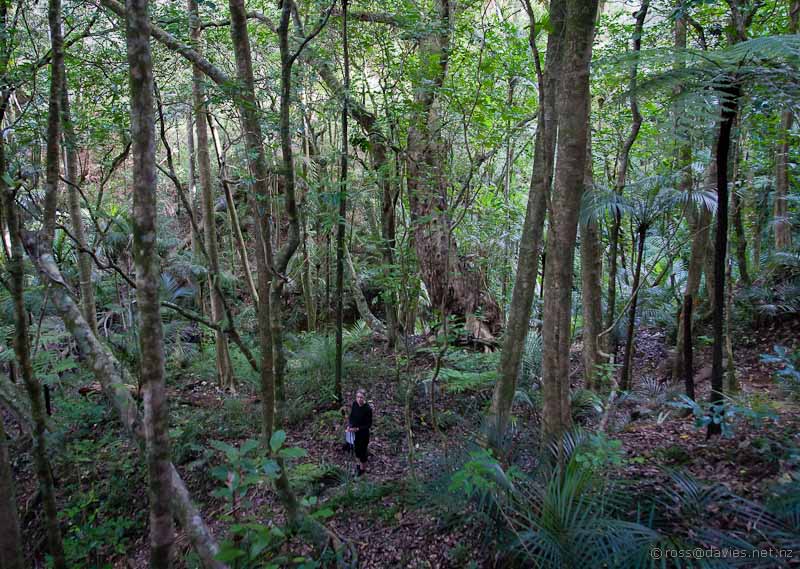 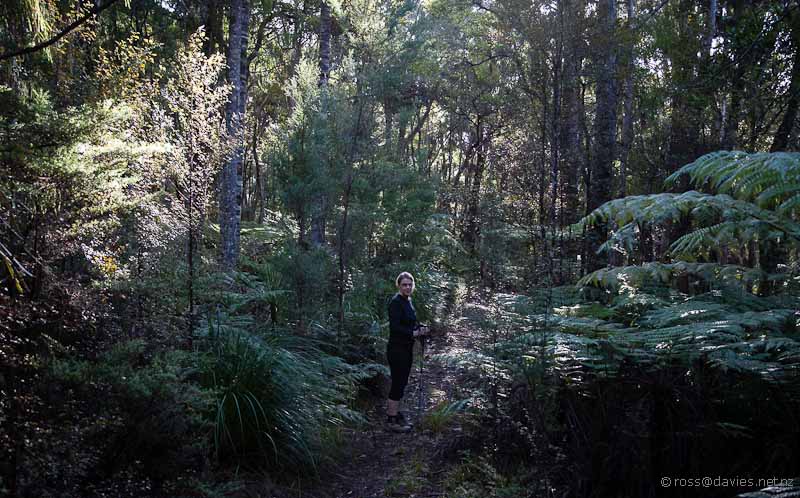 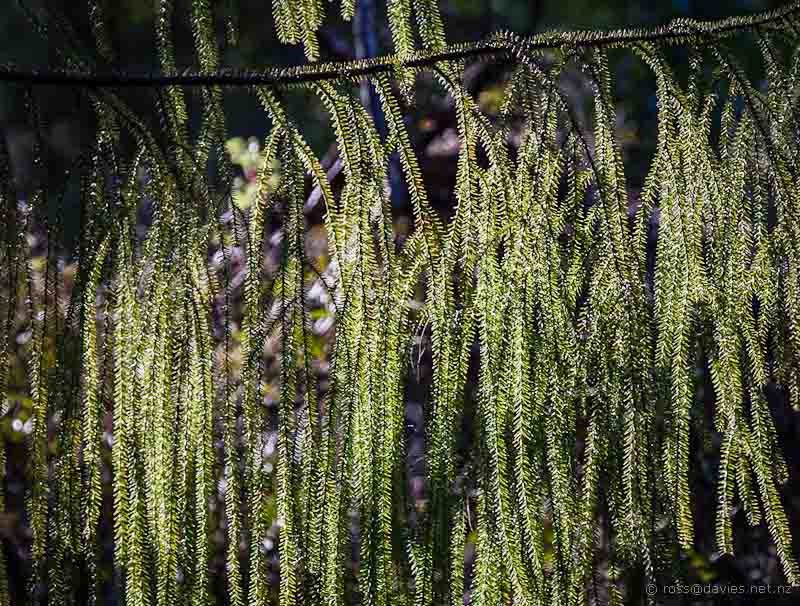 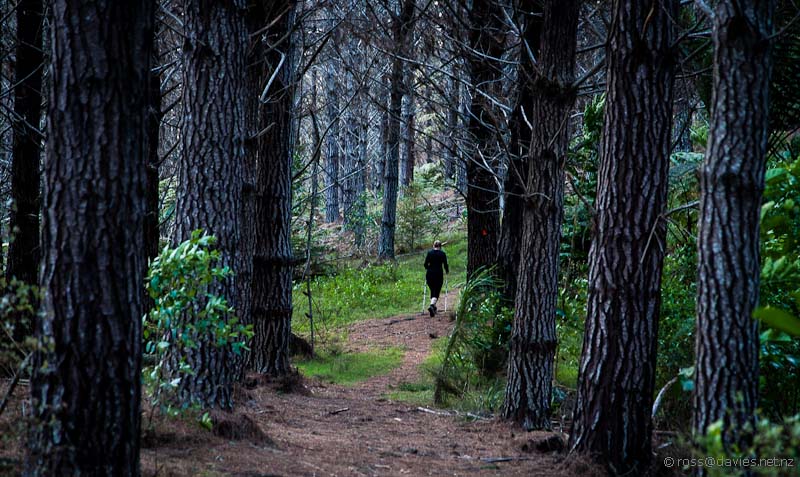 Tane Moana track – heading back through the pine forest