On Our Bikes – Up the Waipori Gorge

We enjoyed a lovely bike ride on Saturday; from the Berwick School up the Waipori Gorge. Wyn had signed up to ride with a group along the West Coast Wilderness Cycle Trail in a couple of weeks. Saturday was a bit of a trial to see if the legs and the bikes worked. I went along too and by the end of the afternoon was working out how I could join them on that adventure.

The Waipori Gorge is a good bike ride with about 18km of mostly gentle uphill to one of the main power stations. And then about 18kms of mostly downhill all the way back to the start. It was a perfect day on Saturday; sunny and calm, and the ride up the river was beautiful. Cycling isn’t a pastime that is well-suited to photography; unless your style is rapidly disappearing rear ends. So I didn’t take many photos.

We biked along a mostly unsealed road which was OK as there wasn’t much traffic. For a start what vehicles there were seemed to be people out for a look, and they were mostly very considerate of us cyclists. Towards the end of the day when we were biking back down we encountered a different demographic, with drivers on a spectrum somewhere between not caring and downright worrying. 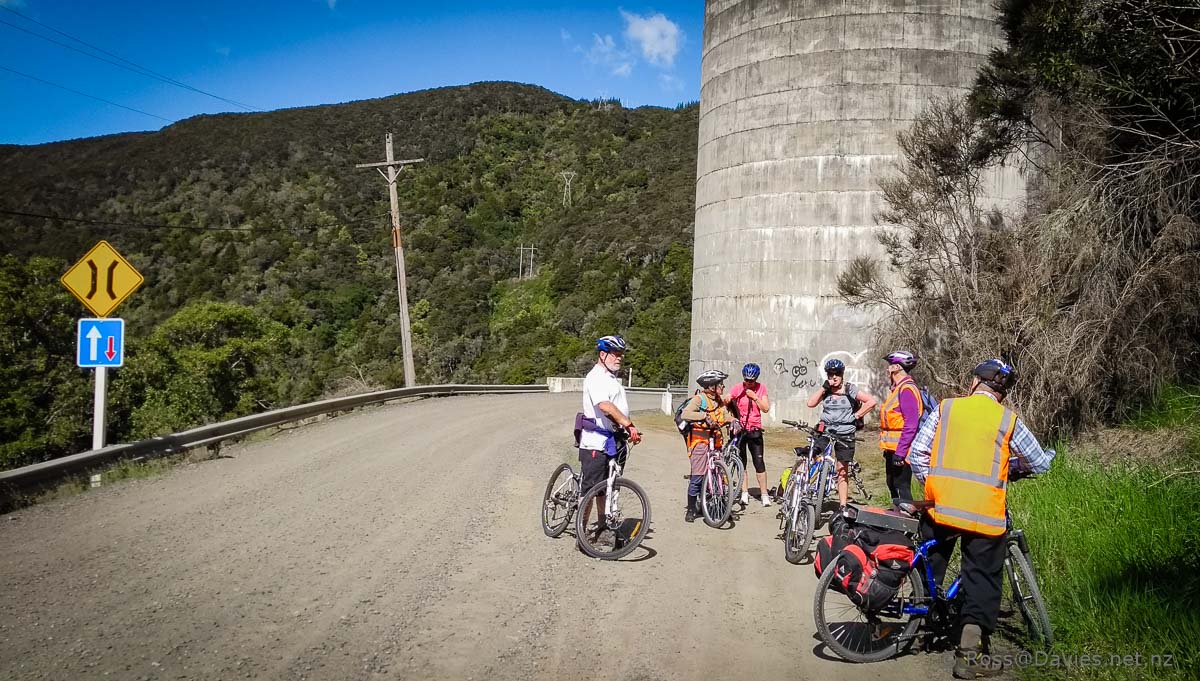 Taking a breather on the way up the Waipori Gorge road

At the upper end of the gorge we stopped for some fuel and a visit to the Crystal Falls. That link there suggests the falls are hard to see. This is an understatement of considerable proportions. And ‘gentle’ isn’t a word I’d use to describe them either. More like ‘wild cascading falls’ or something. I waved my phone in the right direction, hoping to catch something through the vegetation.

The result pleased me in an unexpected way. And you can sort of see the waterfalls. 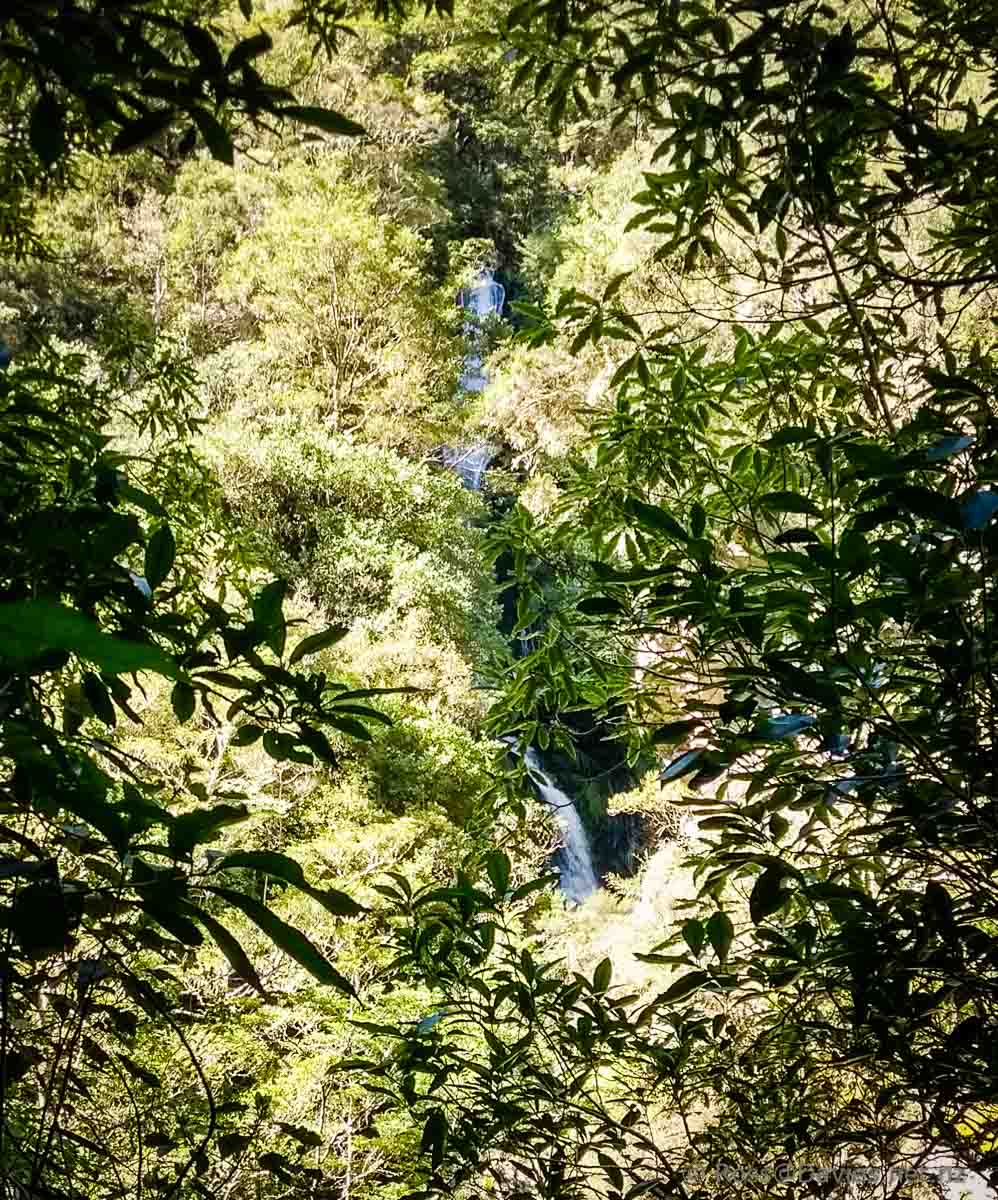 From there is was back on our bikes and lots of swooping back down the valley. I kept thinking I should stop to capture some of the magic of the forest but then I just kept on swooping. Maybe we’ll go back some time, or maybe you could just go exploring yourself?

4 Responses to On Our Bikes – Up the Waipori Gorge