Once upon a time, in the faraway part of a land nearby, I spent six months working as a TA (Trades Assistant) with a fine and very diverse bunch of fitters near a town called Tom Price in the North of West Australia. I was going to tell you all about it, having forgotten that I already have (is this how bloggers end – repeating the same stories over and over?). Back in 2013 I explained about my job and my life there, in Down Memory Lane – The Big Red Out Back; The Big Red Part 2, and The Big Red – My Part. I won’t reinvent the story, and anyway that wasn’t the point of this post.

This last weekend I was reminiscing with my sister Julia about leaving Tom Price after doing our time there. Julia had worked at the hotel in the town and I’d worked near the mine living in the camp there. It started when I shared with her a story in last week’s news about a 1970s Falcon GT that had sat in a garage in Perth for 30 years and how it was worth around half a million dollars. I’d remembered how my Tom Price mate “Dickie” Bird had a Falcon GT in his garage in Perth but that this one probably wasn’t his.

Julia asked if it was his Falcon that we’d travelled the three days back to Perth in with “Dickie” Bird when we all “pulled the pin”. And I explained that his Falcon didn’t leave the city and we’d travelled in his “outback” vehicle, a battered Kingswood with a big engine and a weak battery that got us into some interesting encounters (like jump-starting the V8 to leave the drive-in movies just after half-time!). Then I found a picture of Ju and the Kingswood. 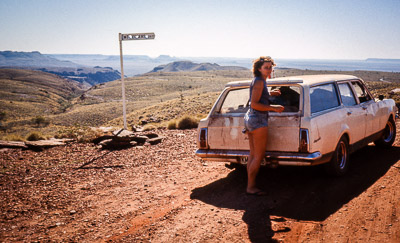 Julia and the Kingswood somewhere up North

To be fair I shared a picture of me somewhere down the road, crossing the line. 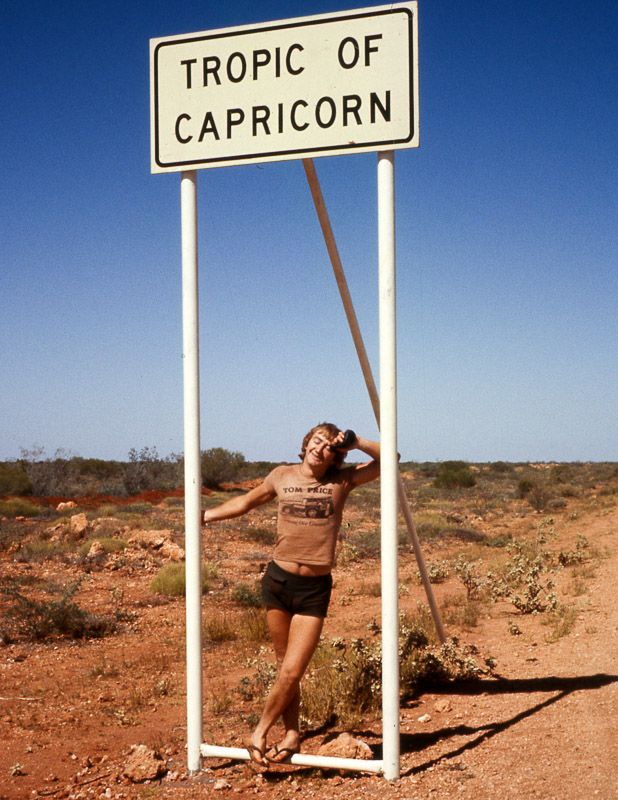 Me happy to be heading south, carrying a bit much of the fine Poon Bros catering. The Tropic of Capricorn was important because some people got paid more for working north of it.

I promised Julia I’d find my favourite picture from that trip; of where we ‘camped’ at Mill Stream on our first night of freedom. I think we just slept out in the open and nothing ate us and being young we didn’t think anything might. 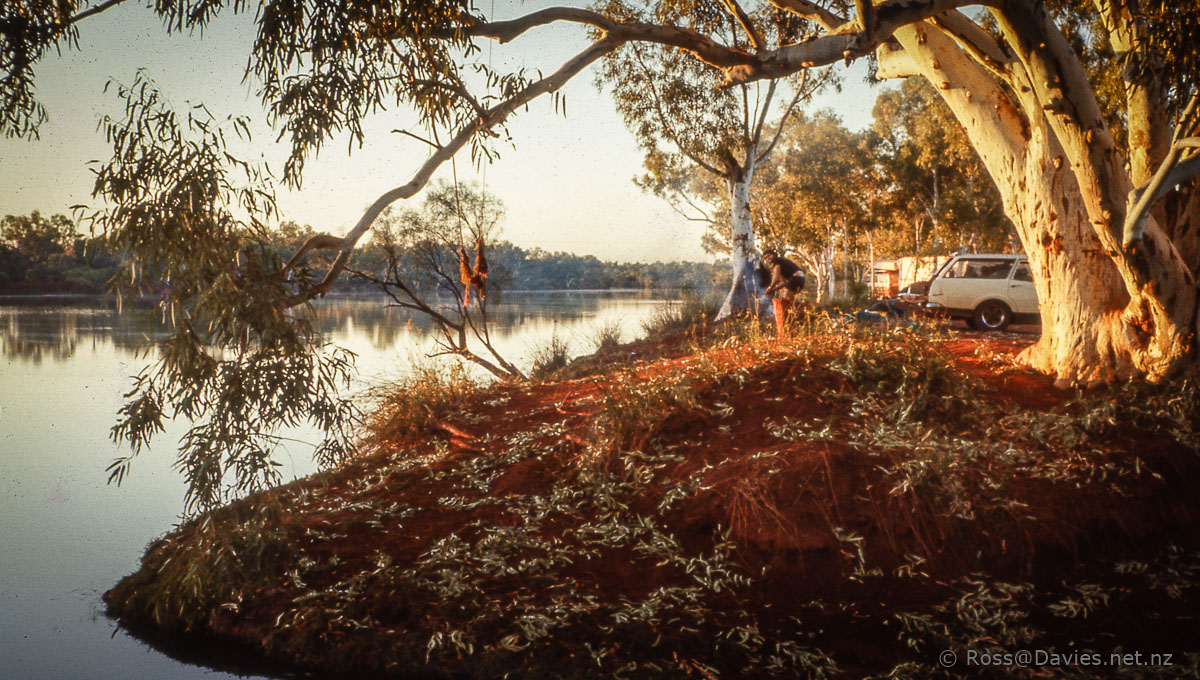 Mill Stream, en route from Tom Price to the coast. At our overnight stop, “Dickie” Bird tending the campfire near his trusty Kingswood.

I’m fairly sure we had a swim. It was as much water as we’d seen for six months. I’d ended up going quietly crazy, working 27 ten-hour shifts each 28 days. Mill Stream seemed like heaven and it’s easy to see why. It was the beginning of the end of one adventure, and another was about to start.