From lovely Lyme Regis we headed West. We were on a mission to get to Cornwall, so we kept to the major roads and zoomed along with the traffic. In any case we still weren’t even two days off the plane and my cold was still running well. Although we did start off along the A3052 which was marked as a more scenic route. Scenic routes are not the same over here. The roadside vegetation grows so high that much of the time it’s like being between two hedges. By Exeter we’d had enough of that and took to the A30 for most of the way. Eventually we turned off on the A391 and finally reached Mevagissey at about 5pm.

Mevagissey is a fishing port south of St Austell, with a population of about 2,000. It is centred in a long valley, as are many of the fishing villages in Cornwall. This means it is significantly constrained, with little room for expansion. This is a mixed blessing but does mean that tourist development has not been rampant. We found our AirBnB and got sorted out. It was up the hill, with a view of the other side of the valley rather than of the port or the sea.

We headed down the hill for tea, and this was an adventure in itself. Imagine a two-way road, hardly wider than one car, and probably not much less steep than Baldwin Street in Dunedin. Driving down left quite an impression on us. Driving back up made an even bigger impact. We wondered what happened when opposing traffic met. Luckily we never found out.

The evening was overcast, but pleasantly warm. Food was plentiful and expensive, not least because people were at least as plentiful with it being a Bank Holiday weekend. We settled on some fish and chips, and enjoyed them sitting on the waterfront. 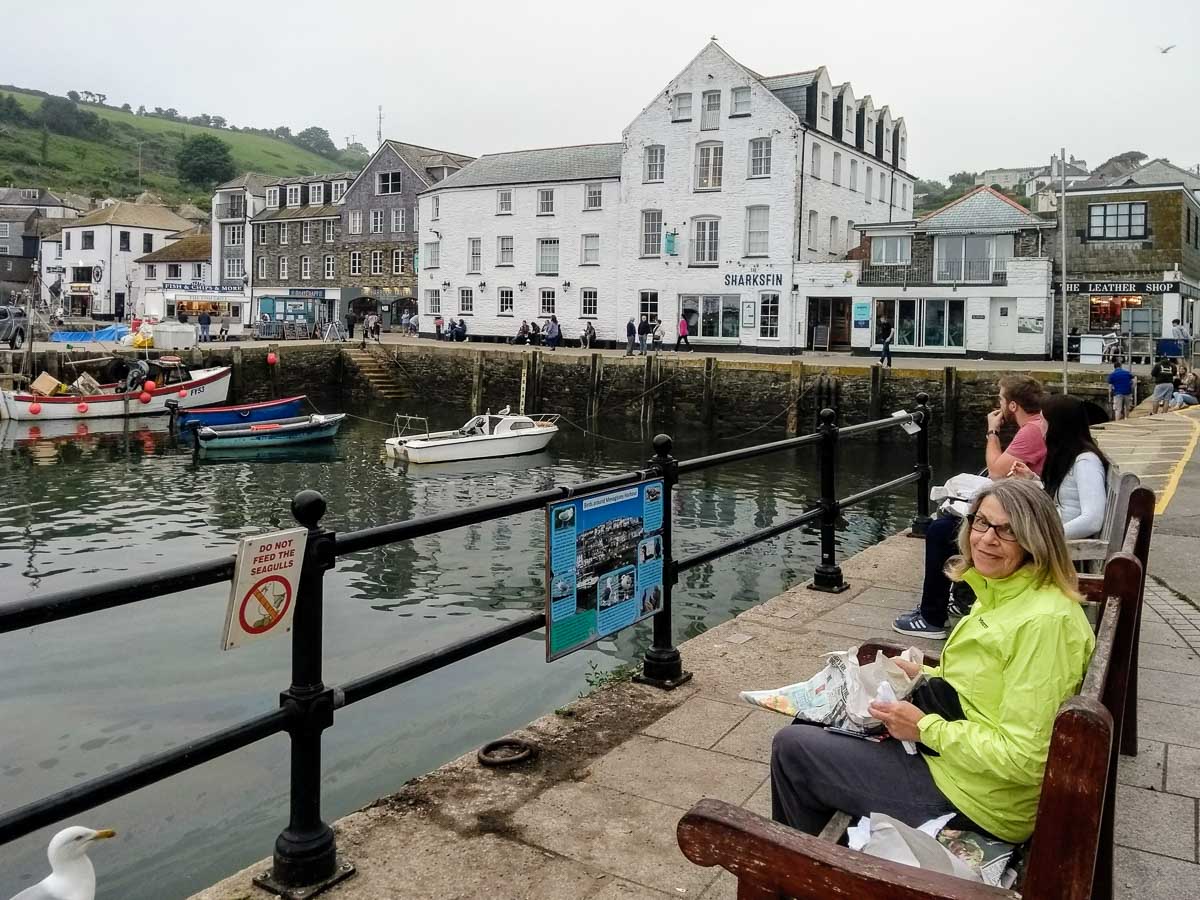 Fish and chips (with vinegar) at the harbour, Mevagissey 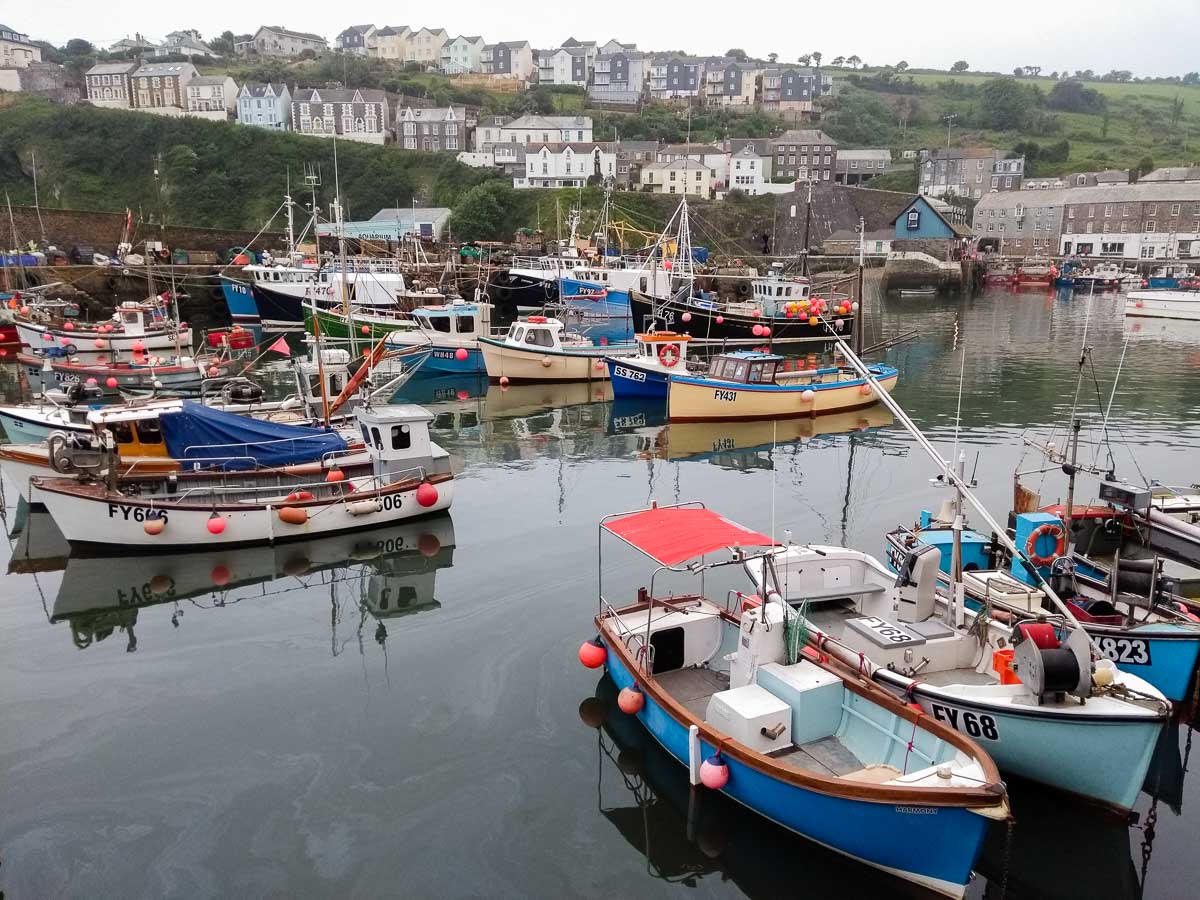 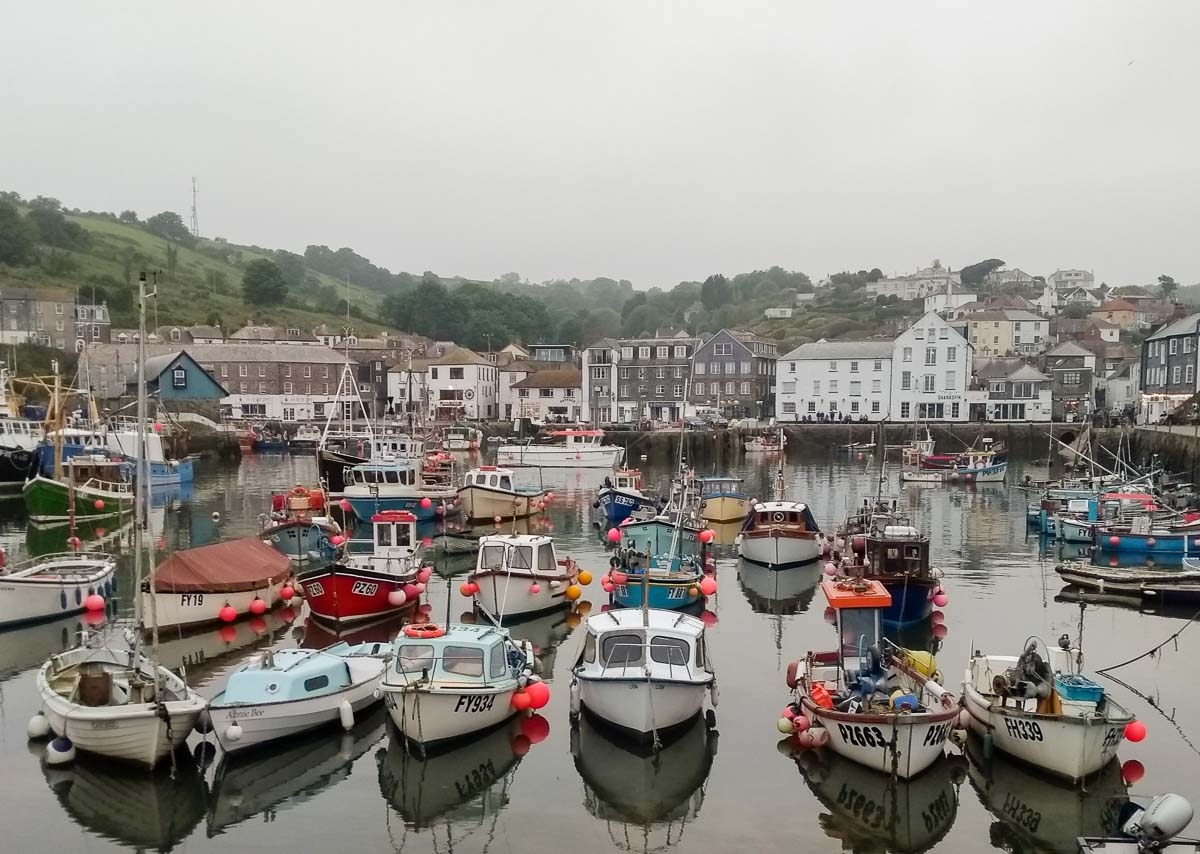 We headed back to our AirBnB, having made the mistake of not scouting the route first. Mevagissey has a bit of a one-way system, but also streets that are two-way but one-way. We thought we’d rely on the GPS which was a bit slow at the crucial intersection, resulting in us heading up a blind road if ever there was one. Luckily we have a small car, so we were able to extricate ourselves fairly easily. Apparently lots of people in motorhomes end up in the same place, and unable to turn around. Such are the perils of Cornwall. 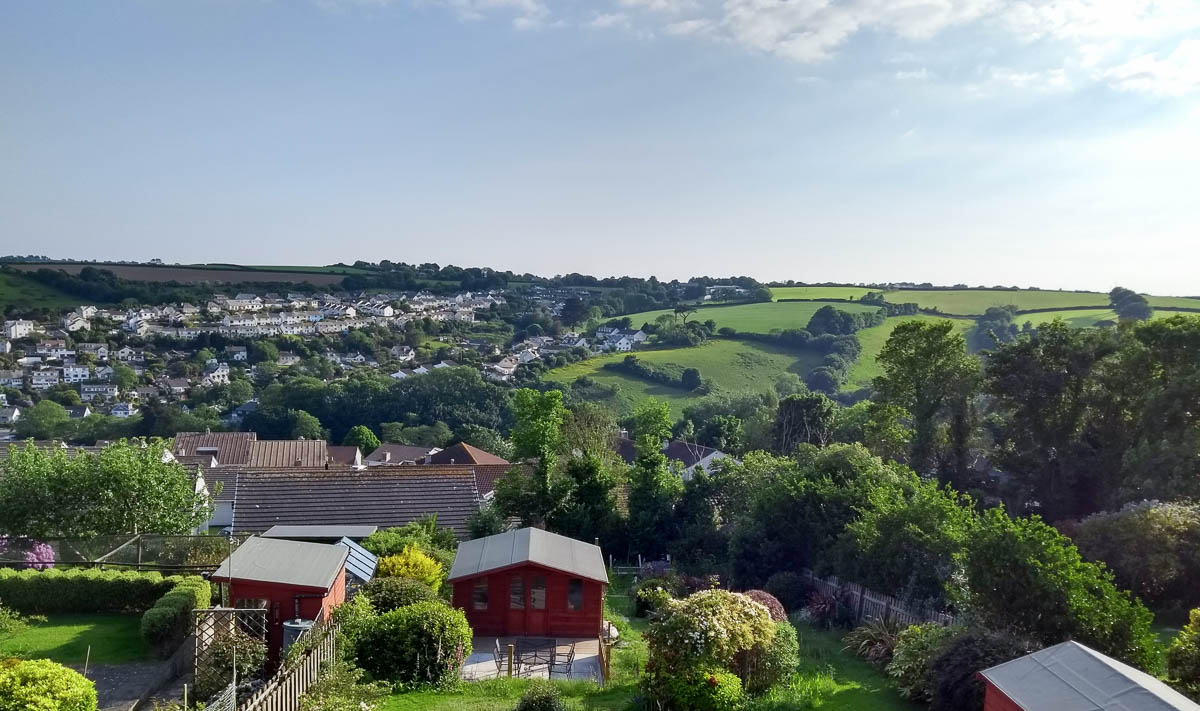 View from our Mevagissey AirBnB window, across the valley

We headed back down to the harbour in the morning for breakfast, albeit by a much easier if more circuitous route.

Deciding which way to go for breakfast in Mevagissey Harbour. Note the two cars turning into the street to the left, which is a two-way street (with a lot of patience and co-operation). 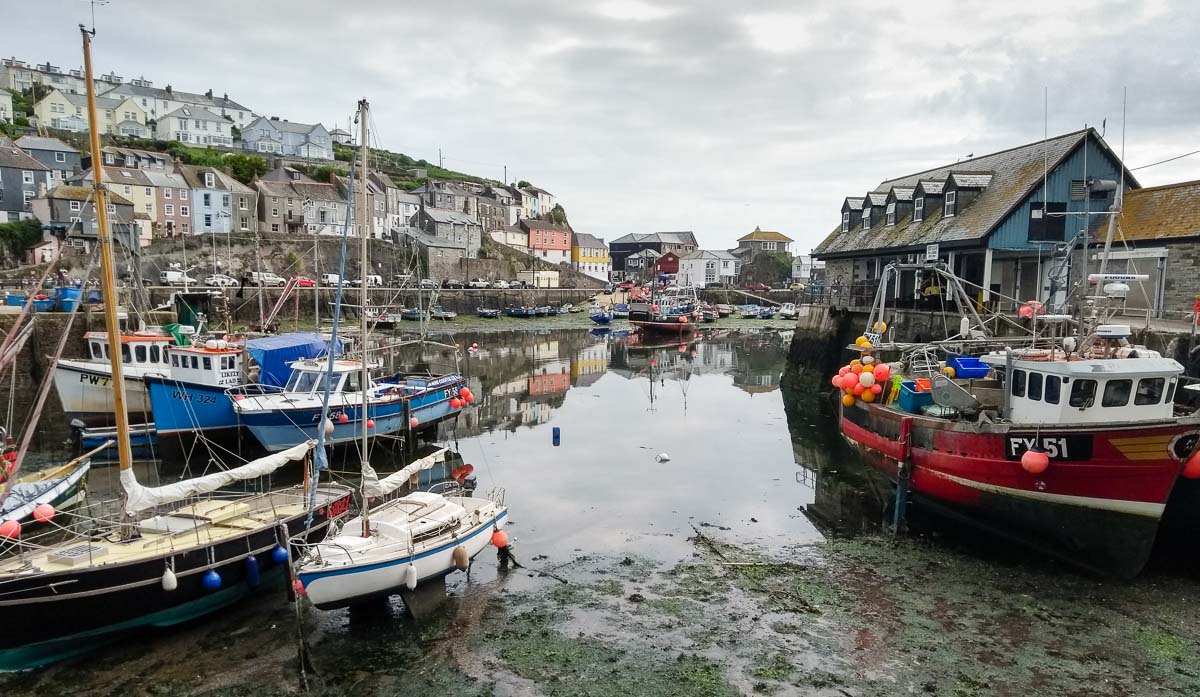 The view of Mevagissey Harbour from outside our breakfast cafe 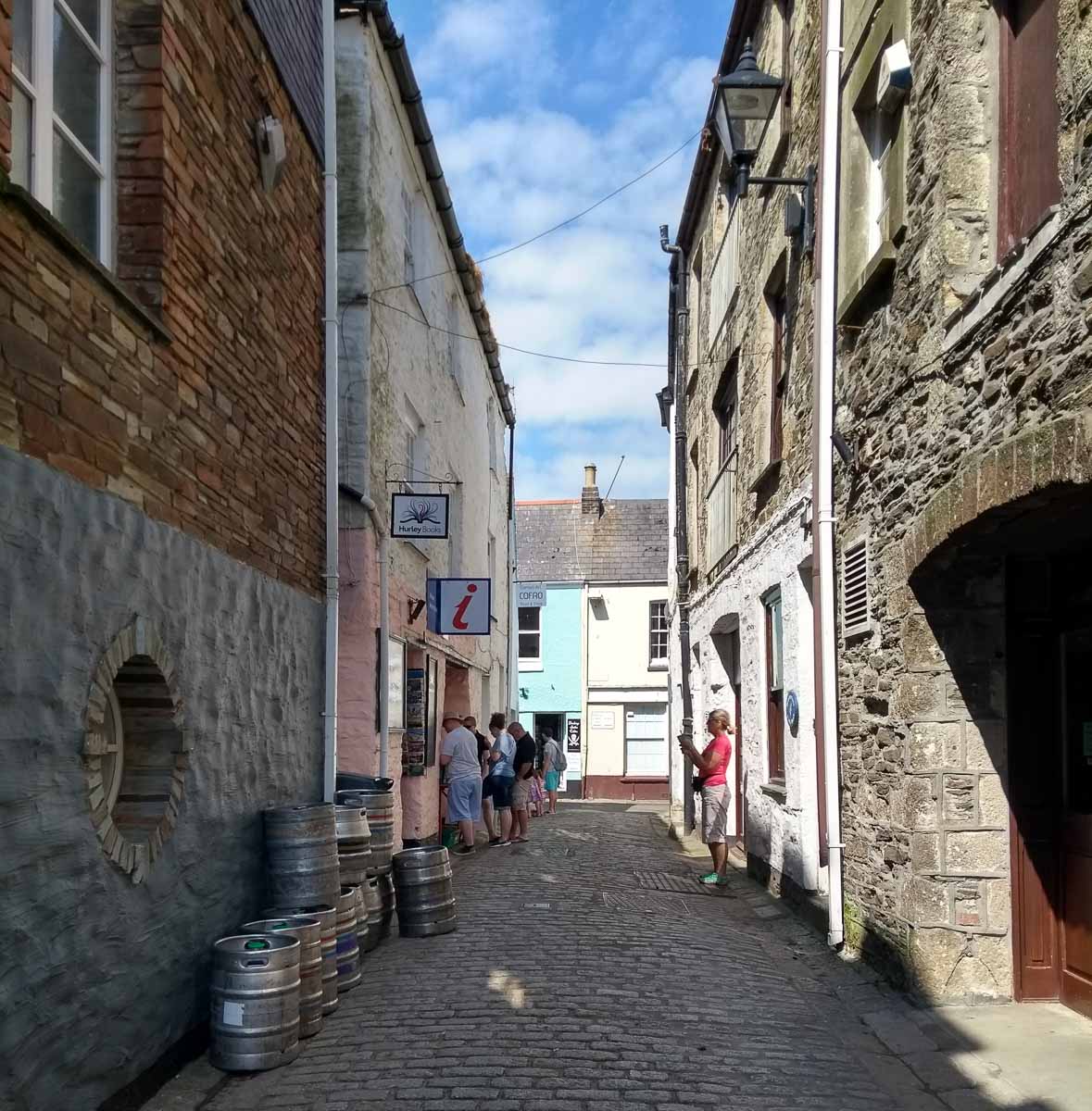 We had two nights at Mevagissey. We went off exploring through the day (another story) and returned for another evening meal and wander around the harbour. The weather was in a very good mood for Bank Holiday, and the evenings were calm and warm. 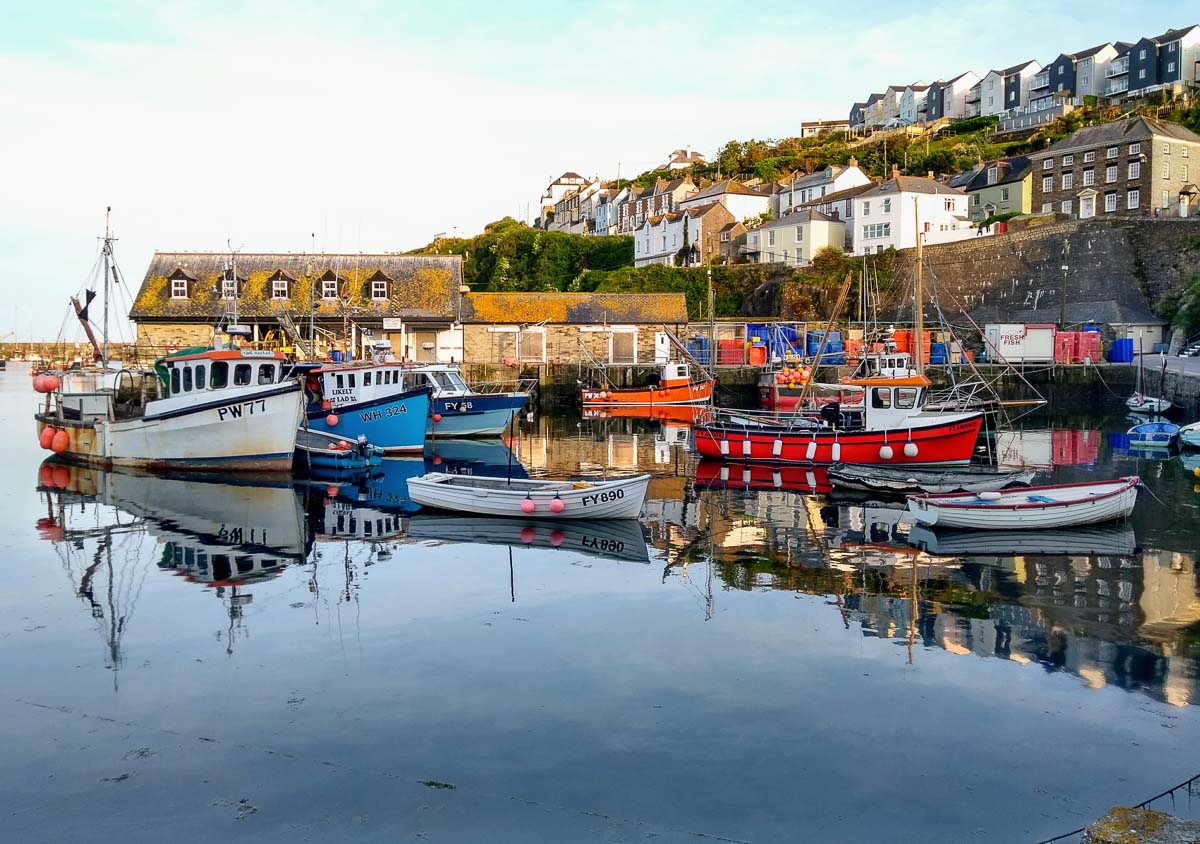 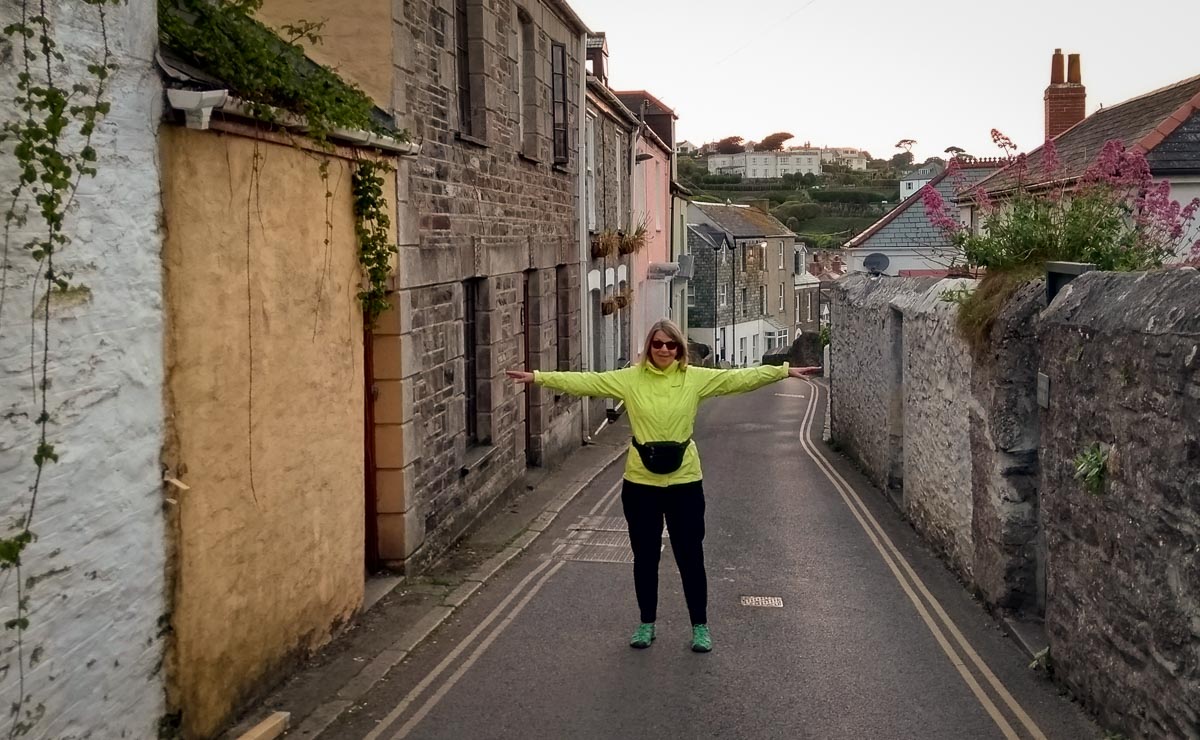 “The road was this small” – narrow lanes Mevagissey Harbour 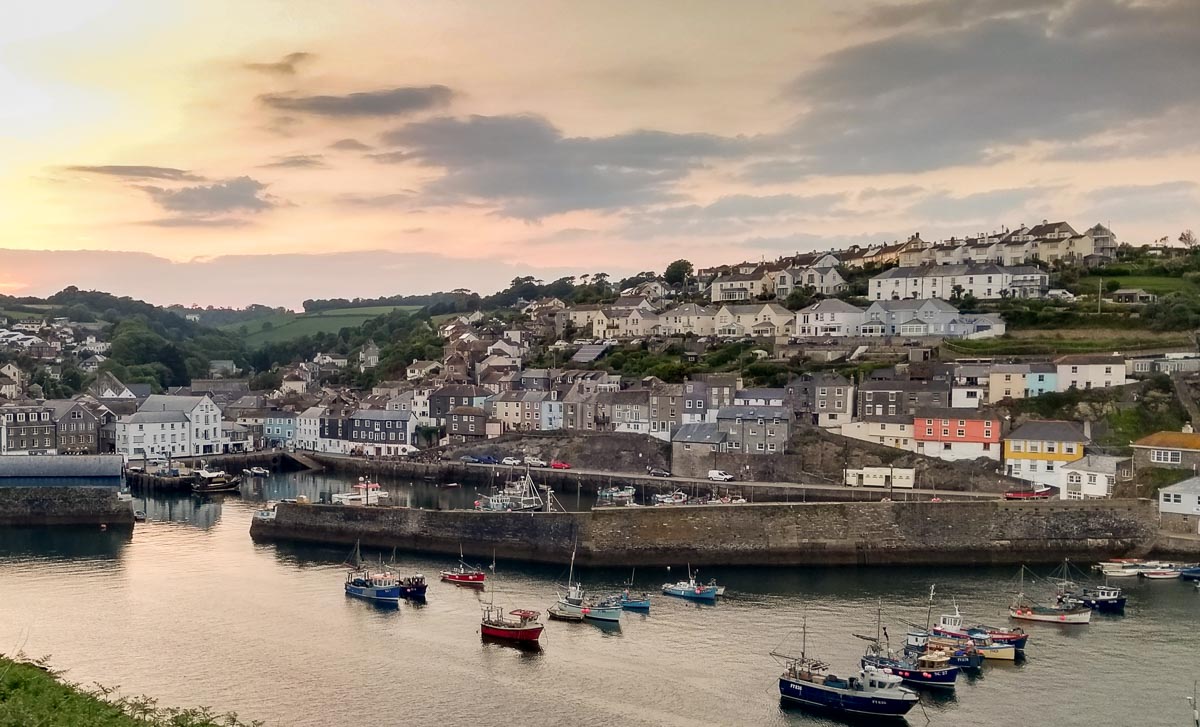 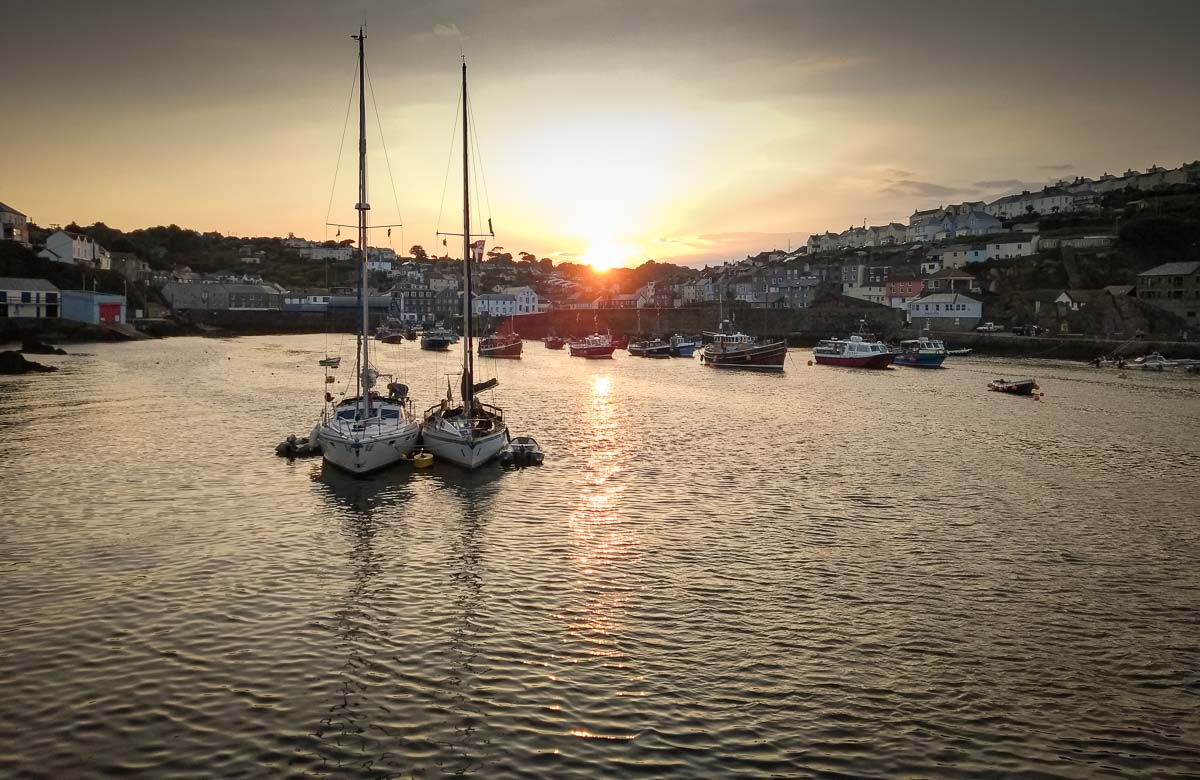 I liked Mevagissey. It has tourists, but it is also a working fishing village. And the geography restrains development, which isn’t the worst thing.