Off to the Seaside – Lyme Regis

After arriving in London, we immediately headed as far away as we could from the big city. So was everybody else it seemed. We’d arrived at the beginning of a Bank Holiday weekend, which we’d sort-of known about without really thinking through. What we didn’t know about was Half Term which started immediately after the Bank Holiday Monday. This is a regular thing where the entire school population of the UK is disgorged into the wild for a week, along with their parents and/or grandparents. It seems like the entire lot head for the beach but luckily the UK has quite a lot of seaside. We were headed the same way so we rapidly got used to the crowds.

We’d planned a quiet start to our adventures; a road-trip around coasts of Devon and Cornwall. There was  some research and quite a lot of random dart-throwing. We’d pre-booked AirBnBs for the whole trip and that was lucky, given the Half-Term thing. It all worked out OK.

Our first night was at Fernhurst, a small village somewhere southwest of Heathrow, down the M25, the A3 and finally the A286. Armed only with a GPS app on Wyn’s phone, we safely navigated the lot, and arrived just after the pub stopped serving food. We didn’t care, cos we were there. 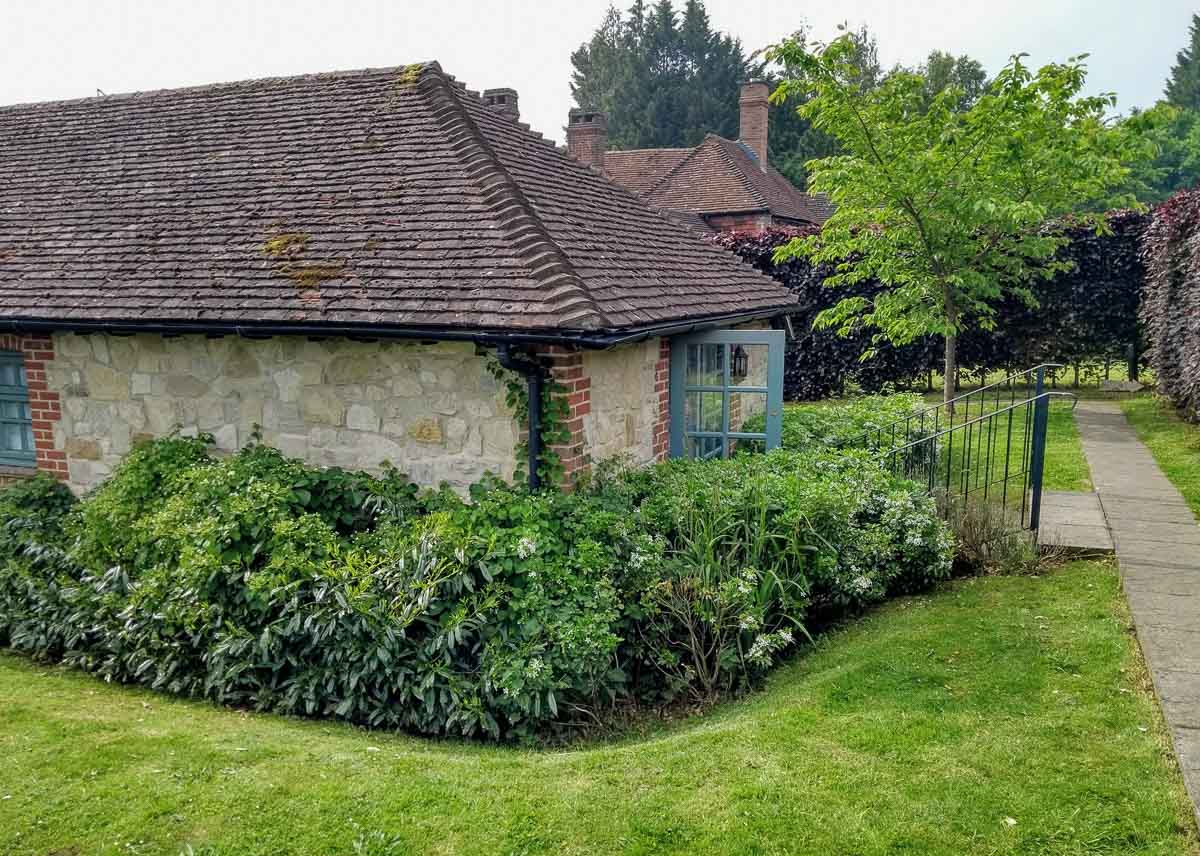 Our room at the AirBnB behind the King’s Arms Pub in Fernhurst, West Sussex 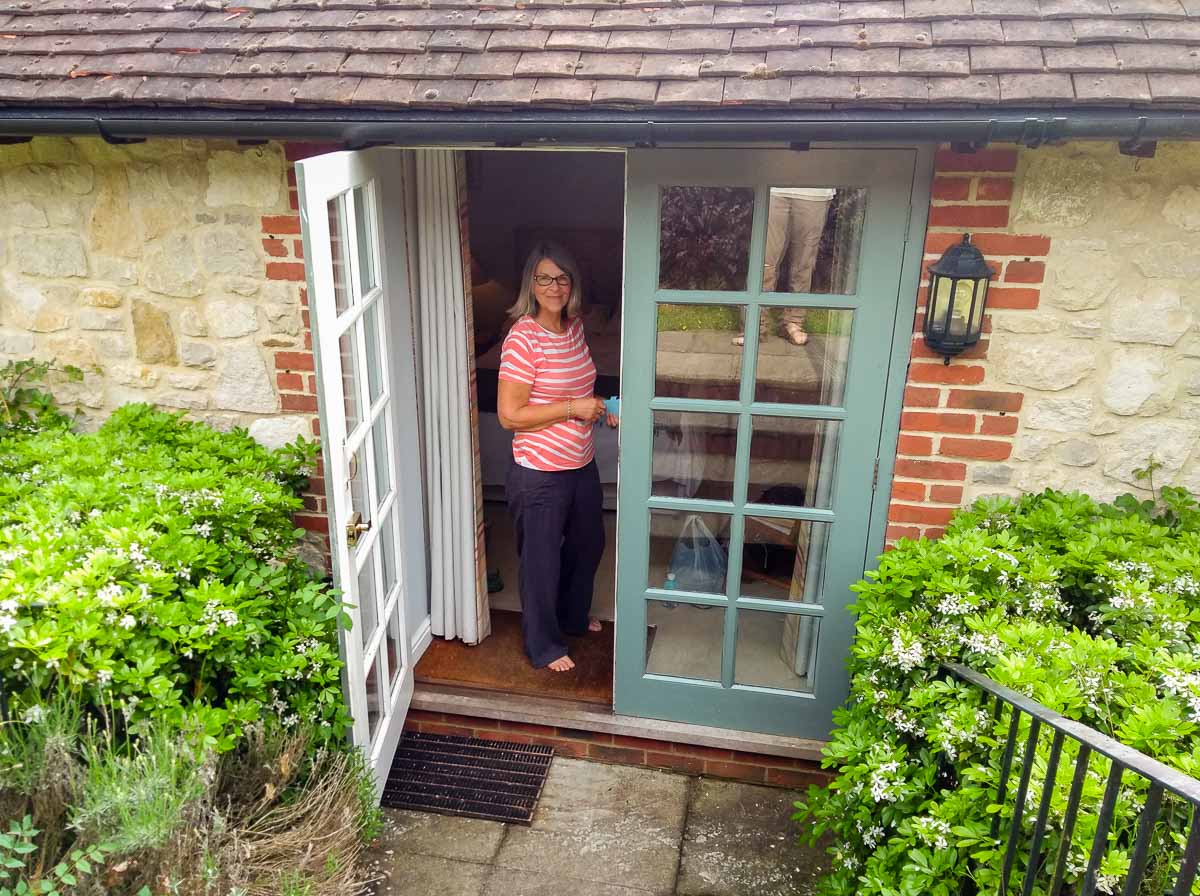 Next morning at the Fernhurst AirBnB 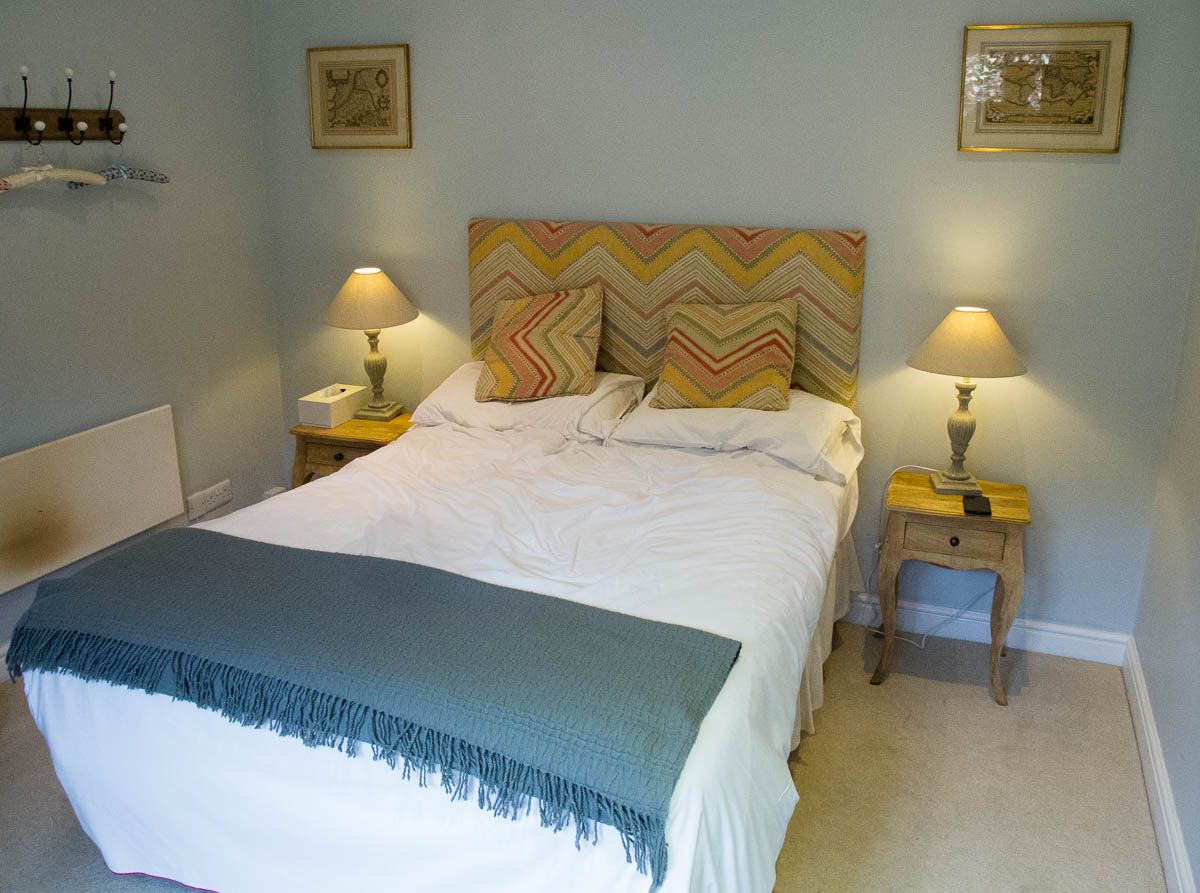 Our first UK AirBnB at Fernhurst was fun. It even had one of those capsule coffee machines. 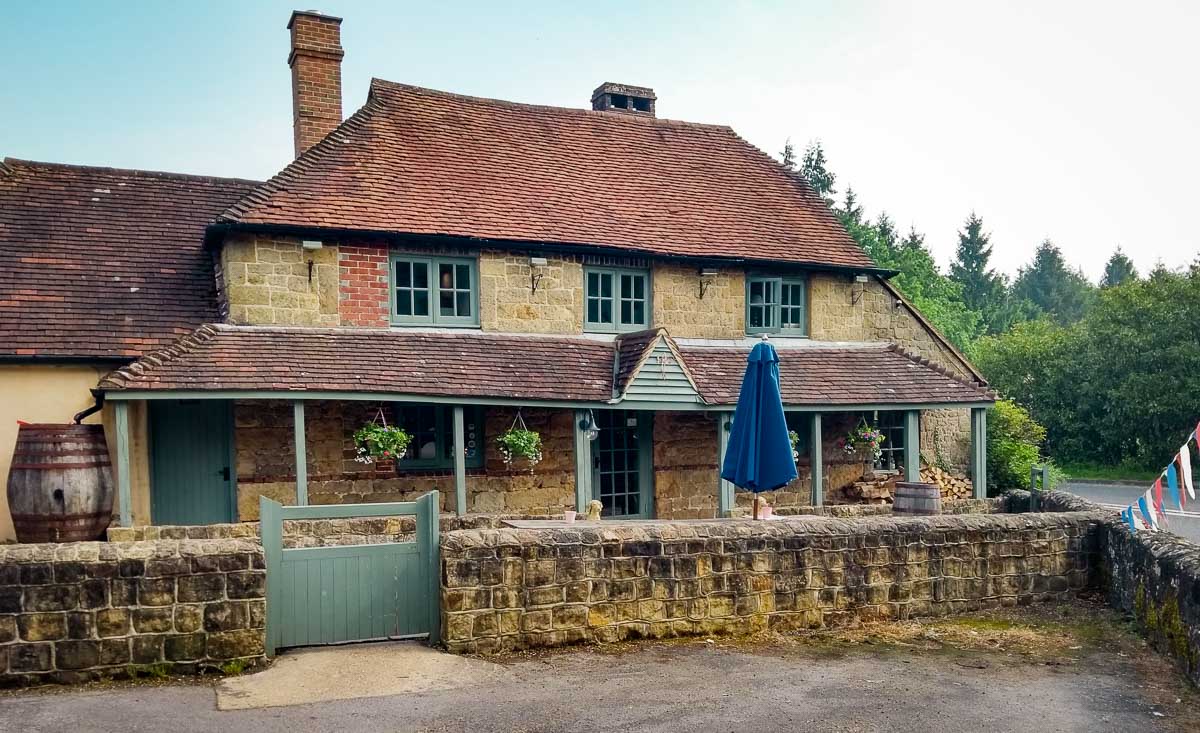 In the morning we didn’t want the full-English breakfast (extra) so we headed back up the road to Fernhurst which didn’t have a cafe but did have a shop (loaf of bread) and a genuine greengrocer (bananas) so that was breakfast and lunch sorted.

We eventually headed west, taking major roads and motorways where we could. We were more interested in covering the ground than seeing stuff. Lunch was bananas and bread at a motorway service stop place. Here we spotted an AA Road Atlas for England, Wales and Scotland for £1.99 (NZ$4 more or less). After checking the price we bought one. It’s a bargain; it even doubles as a nice big shiny surface to make lunch on.

The traffic flowed well enough and we continued west on the A31 and then the A35. We stopped the night at Lyme Regis on the sea, known as the Jurassic Coast. We weren’t fossil hunting but there is a lot of that done there. I commend to you the fascinating story of the fossil woman Mary Anning now recognised as one of the ten British women who have most influenced the history of science. Sadly, she’d been dead for 163 years before they worked that out.

Our AirBnB was some distance above the seafront. We found some Cornish pasties in a bakery and took them back to eat in the garden. Lyme Regis is in Dorset which is still well short of Cornwall, but they know a popular thing when they see one. In the morning we were served a beautiful breakfast in the lounge. 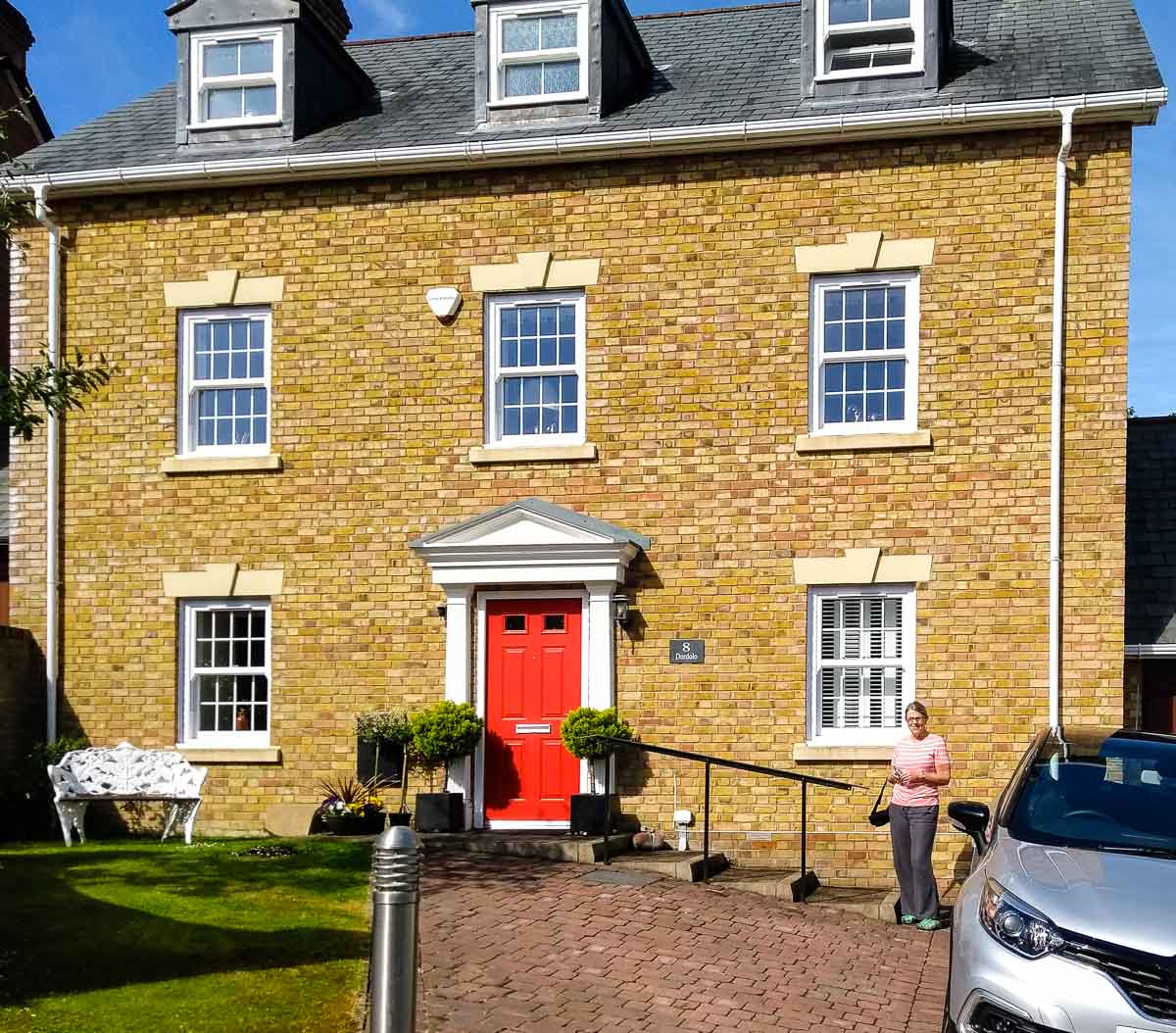 Our Lyme Regis AirBnB. Our room was the top one on the right with the window open. 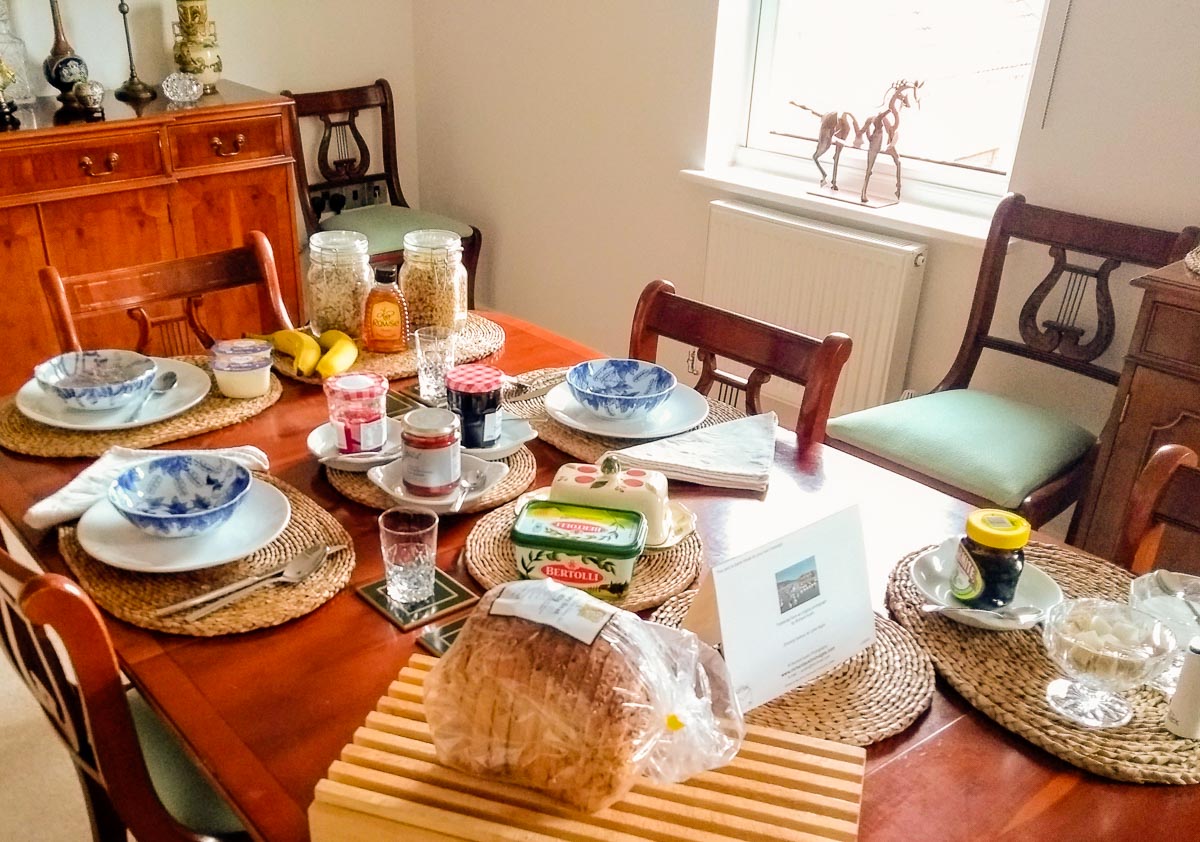 Breakfast at our Lyme Regis AirBnB

We wished already that we’d made Lyme Regis a two-night stay. But we had to move on so first we headed back down to see the beach on the sunny morning. 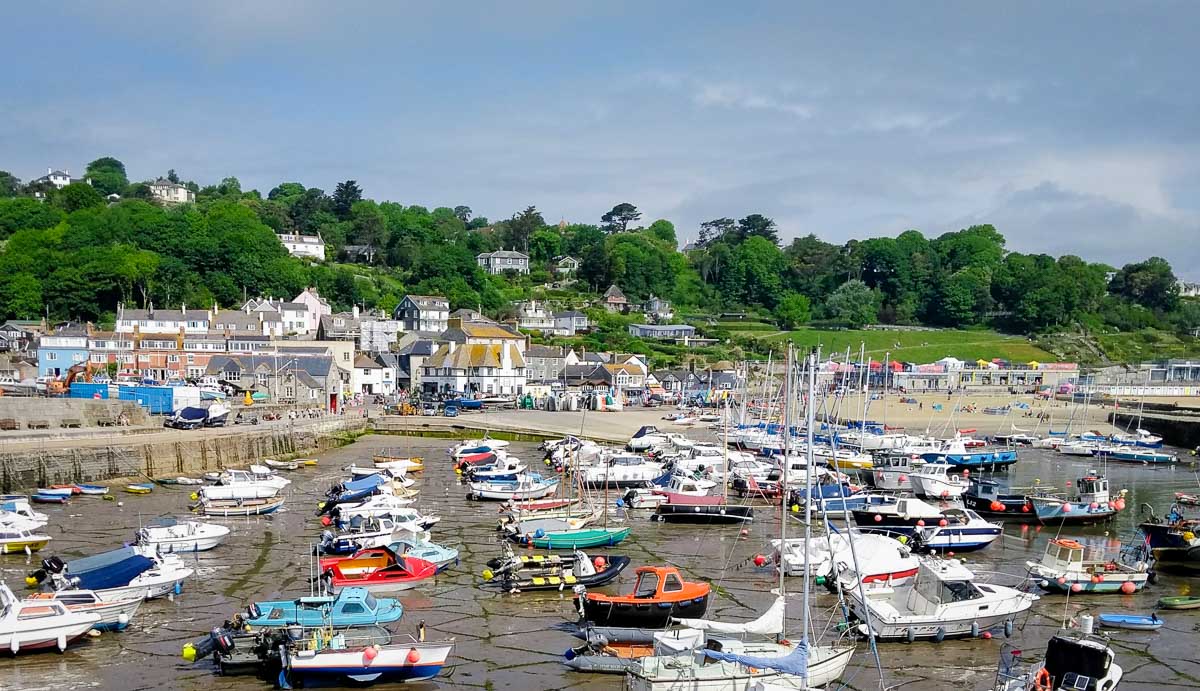 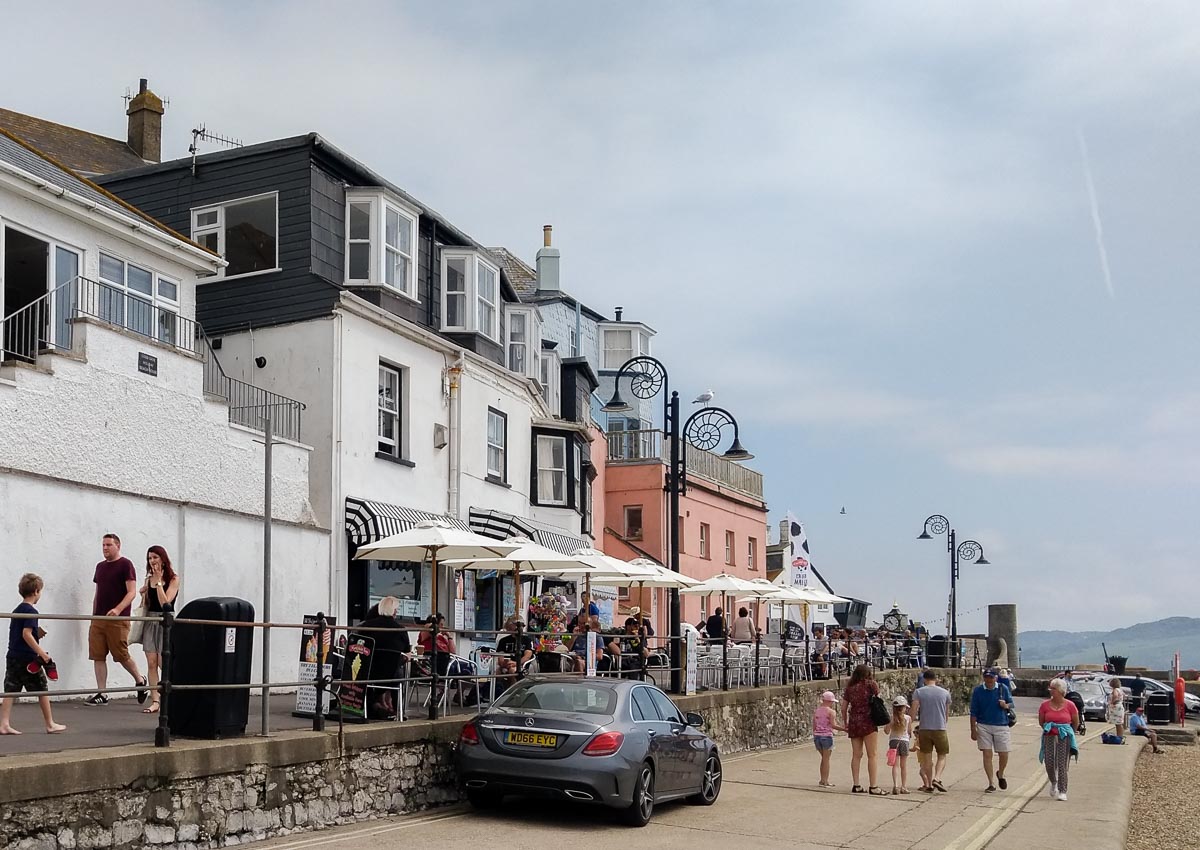 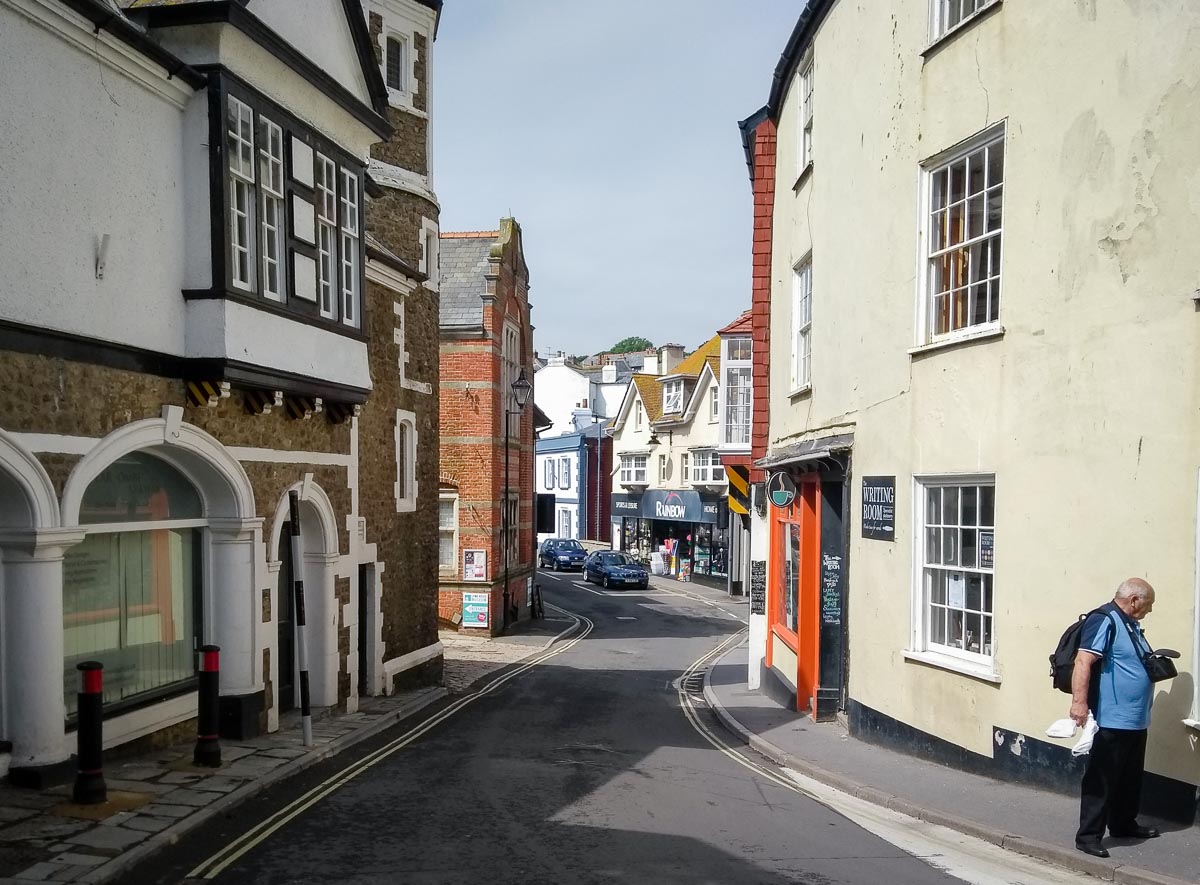 The narrow streets of Lyme Regis 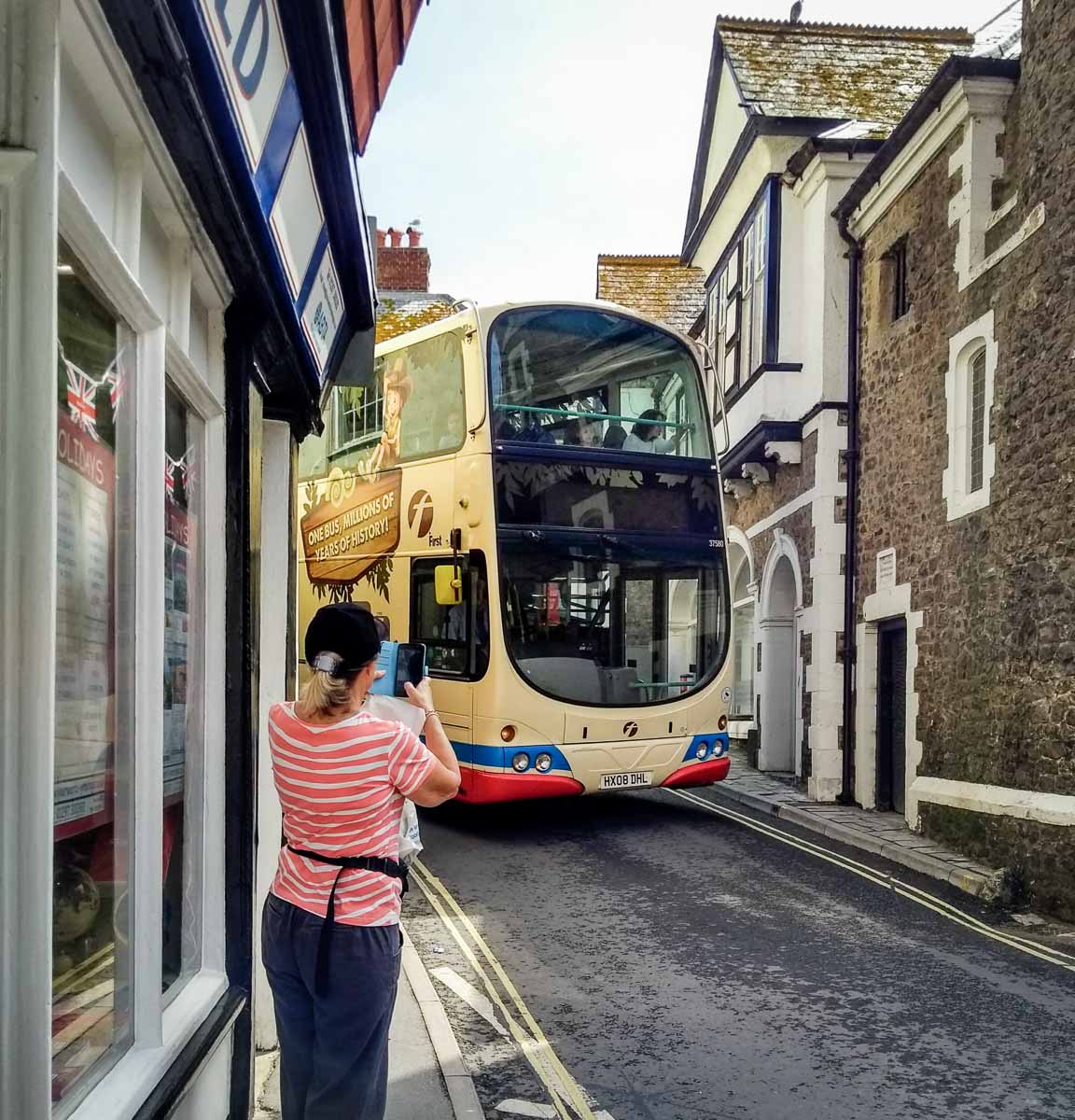 It was the streets and shops that interested us the most. And the little lanes which we have so few of in New Zealand. 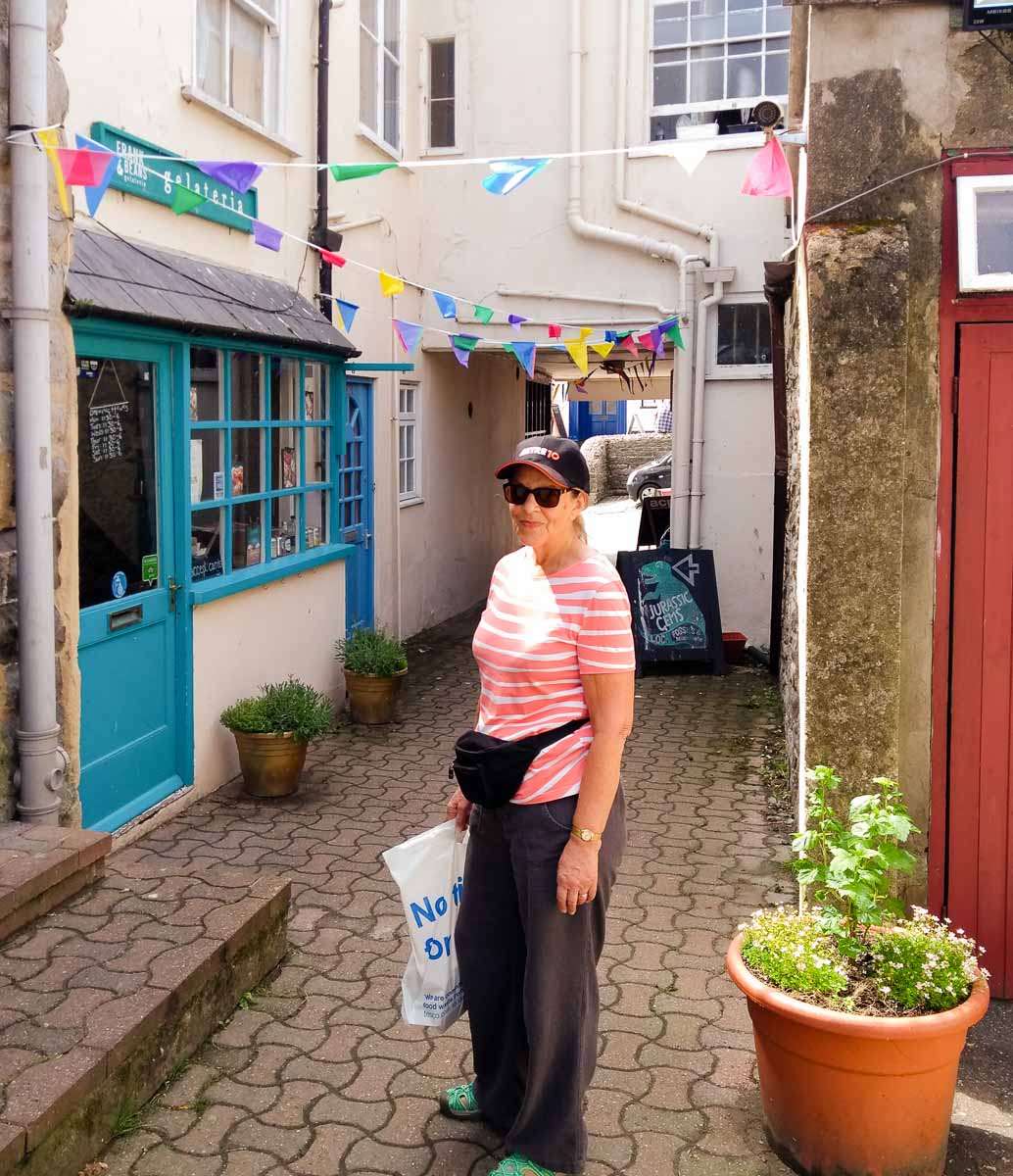 Lovely lanes of Lyme Regis. There was even a small Tescos so lunch was sorted…

With not much morning left, and quite a few regrets, we finally tore ourselves away from Lyme Regis and headed west to Cornwall.

14 Responses to Off to the Seaside – Lyme Regis