Easter Saturday was another busy day at Whites Bay – more campers arriving and lots of families out for the day. There were lots of little Life Savers practising on the beach – it’s the home of the Rarangi Surf Lifesaving Club. It’s a bit ironic because it’s also one of the safest beaches on the East Coast of the South Island. We enjoyed hot cross buns for breakfast and then everyone blobbed out in the sun; Laura painting and everyone else reading. After lunch Wyn, Michael, Andrew and I went for a walk up Black Jacks Track to a lookout with views back to Cape Campbell and north to Port Underwood. 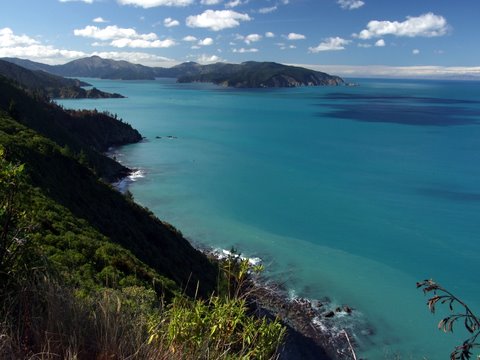 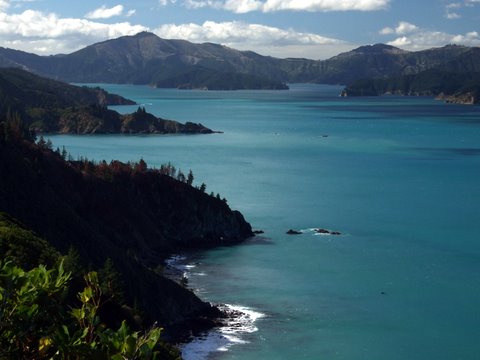 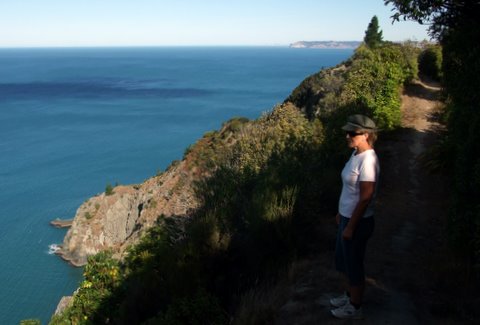 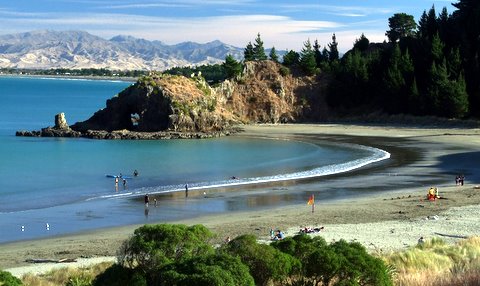 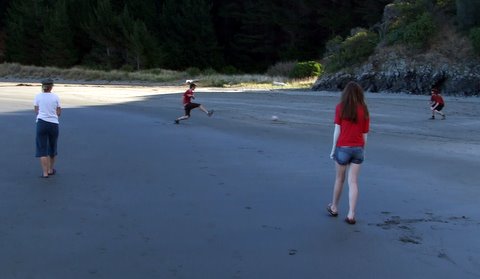 Soccer on the beach at Whites Bay 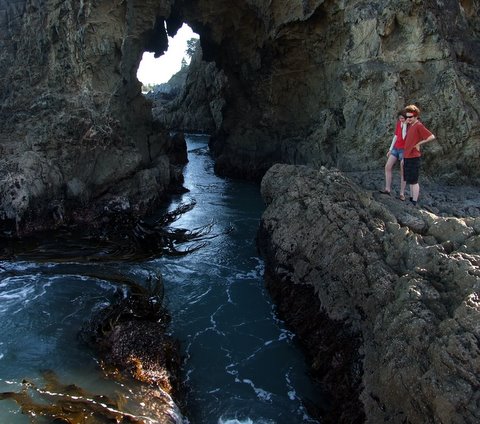 The surging waters at Whites Bay 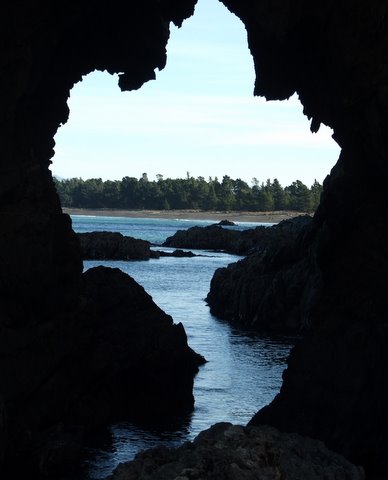 The hole in the rock at Whites Bay 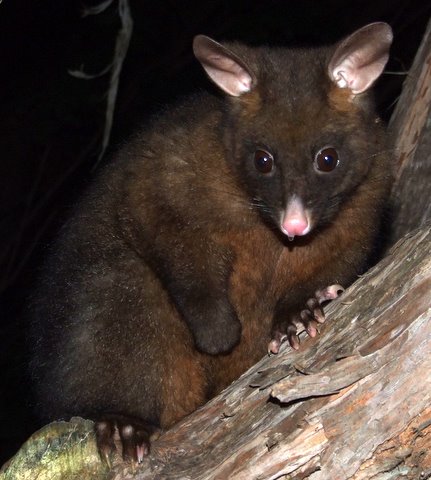 A nocturnal possum visitor to the camp at Whites Bay 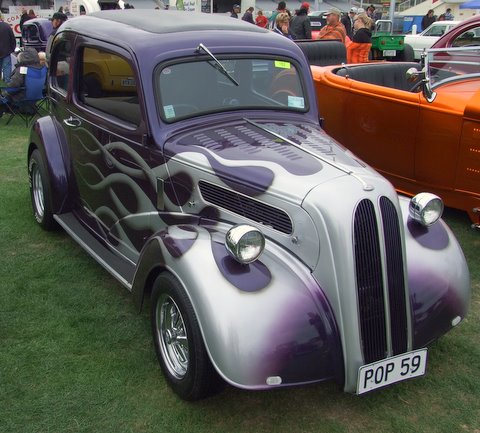 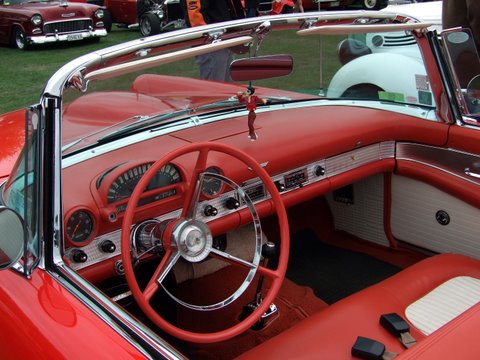 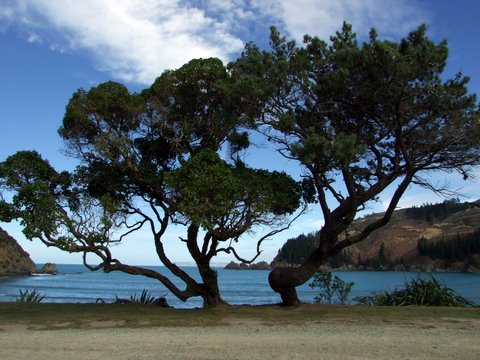 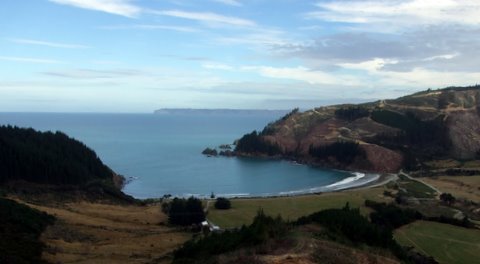 Robin Hood Bay from the road over to Ocean Bay

We watched the interisland ferries heading backwards and forwards and could even make out the North Island wind turbines. It was still warm and sunny by the time we got back to the beach so we rounded up Laura and the soccer ball and went for a walk along the beach and around the rocks. There was a fascinating pool where the tide surged with great energy through a hole in the rock. We enjoyed the last of the sun; this being the last day of daylight saving time. That evening the males played the world’s first game of Scrablee which was much more successful than Scrabl; both games derivatives of the more well-known Scrabble.

Sunday was Easter bunny day; the one where the chocolate bunnies get eaten. The day was overcast and getting colder and windier. In the afternoon we all went in Michael’s car to Blenheim and checked out the hot-rod car display. Wyn was taken with the red Ford Thunderbird while I thought the little Ford Perfects (and Prefects?) were cute. It was windy and cold. We visited Wendy and John at the motels for cake and coffee. Back at Whites Bay it was windier and colder and we hadn’t made much power all day so I got the generator out and ran it for the first time for ages. This meant we were able to enjoy a movie in the evening; ‘Taking Woodstock’ which is a great little story.

Monday’s weather was still unpleasant with a cool wind from the south blowing straight into the bay. Our spot turned out to be the best one; a bit back from the beach and a little sheltered from the wind. The sun started to shine a bit; that was an improvement. Most of the other campers packed up and left. In the afternoon Wyn, Michael and I went for a drive in Michael’s car over the hill to Robin Hood Bay and then over another hill to Ocean Bay. Both these were big climbs and descents on dusty corrugated roads. Michael was getting a bit concerned about fuel supply so we stopped short of Port Underwood. That evening four of us enjoyed the world’s second game of Scrablee; we just about had the rules fine-tuned by then.

1 Response to Easter at Whites Bay