Easter Friday dawned a lovely day at Whites Bay. Campers were busy turning up all morning and eventually we were glad to have booked a spot. As well as campers there were a lot of day-trippers out from Blenheim so it was a busy place. The sea was so calm in the morning I decided to have a go skimming stones on it. I headed back for my togs and some of my supply of skimming stones that I carry around for just such an eventuality.  I had to wade out a bit over my knees and the stones skimmed well – showing that it was a lovely calm sea. 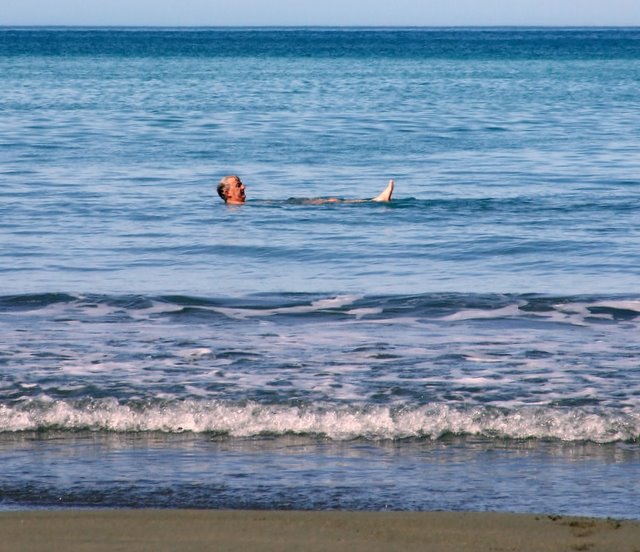 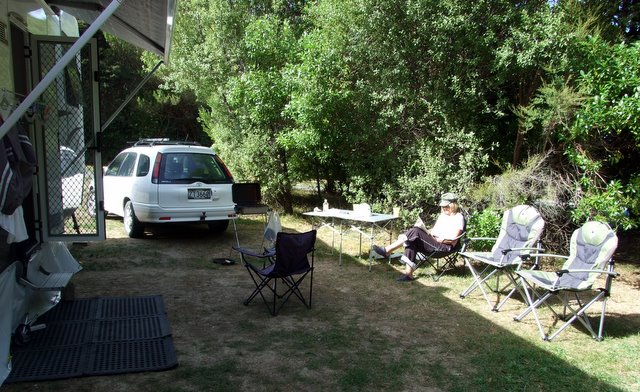 By this time I’d discovered that it wasn’t all that cold either so I had a quick swim while I was at it – maybe my first dip in the sea in April.

Meanwhile Michael and Andrew and Laura were on their way up from Dunedin, having left at 7.30am. Text messages kept us updated on progress and by 4pm the ETA was 6pm and eventually they arrived by about 6.01pm. The BBQ was on and we had tea outside. It was a bit windy by this stage but not really cold. After tea the task was to put up the tent they’d bought with them; we completed the job in the dark. We were all tired by this stage so after hot cross buns for supper we retired early – it had been a long day.