Back to Auckland (Clarks Beach and Port Waikato)

Sunday 11 March was my Dad’s 103rd birthday. He died more than 30 years ago but that’s not the point. He was always declaring some day or other Aunt Mabel’s birthday before conceding that she’d been dead for some time. I used to think it was unusual but now I’m carrying on his tradition. Happy birthday old man. I’m a lot like you.

We spent the night parked up near the Tauranga airport and reported back at the packhouse in Te Puke on Monday for induction and brief training. When that finished we hooked the car up and headed west, towards Auckland. We made it as far as Paeroa that evening. Paeroa is the home of L&P fizzy drink. There’s a big bottle somewhere but we always seem to miss it. It also now prides itself on being the antique capital of the country. Good policy that – not putting all your eggs in the big bottle of L&P. It also provides an area for motorhomes to park up in the middle of town. Now there’s a novelty these days. They even provide power points – very welcoming. In the morning we had a walk around town and found the place to pay the $5 fee for freedom camping. It’s not quite free camping but who’d object to that for somewhere official to park for the night. Well done Paeroa.

We headed off across to the Auckland Motorway and as far north as Drury. From there we headed west towards Waiuku and turned north towards Clarks Beach before finally deviating to Waiau Beach where we are allowed to park up by the boat club. This is a delightful location on the Manukau Harbour. 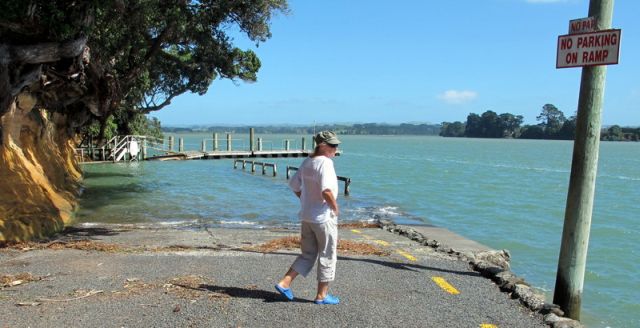 In the afternoon we drove around to Clarks Beach and walked along the waterfront, in front of lots of interesting houses and baches. 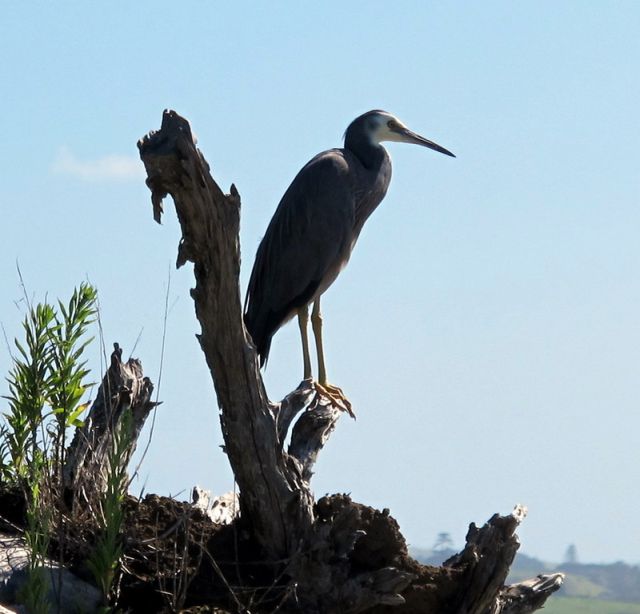 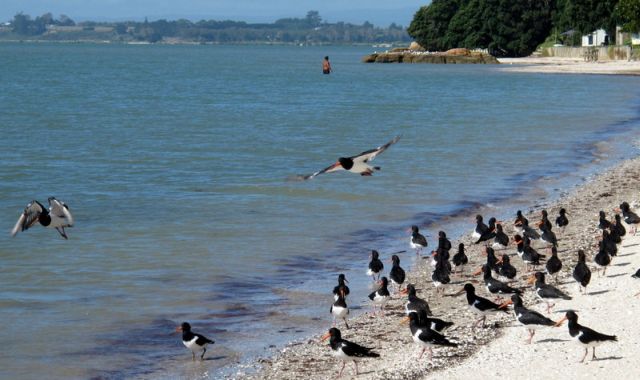 It was a lovely day at Clarks Beach and a lovely evening back at Waiau Beach. 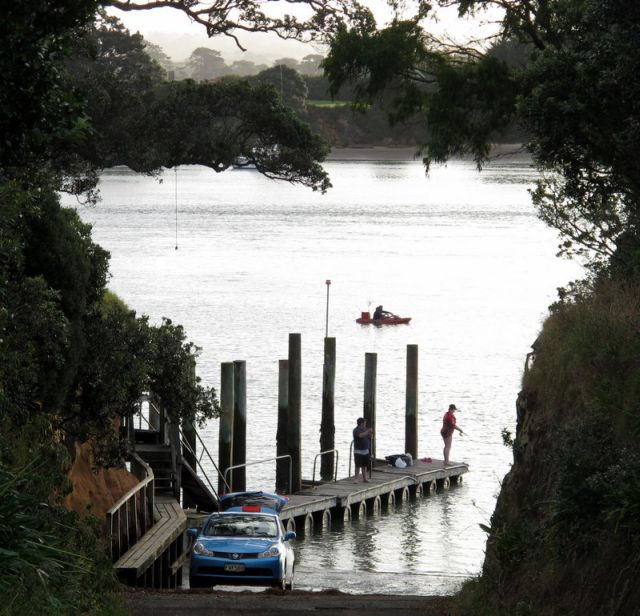 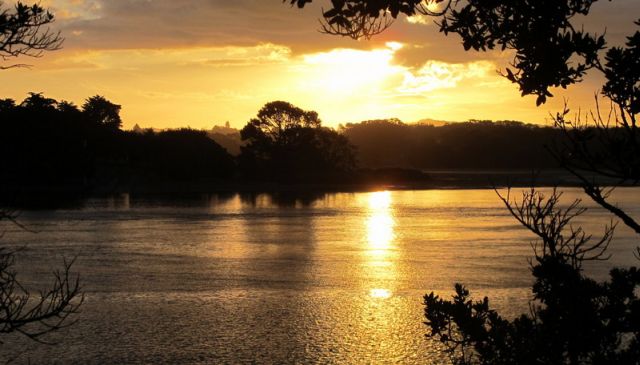 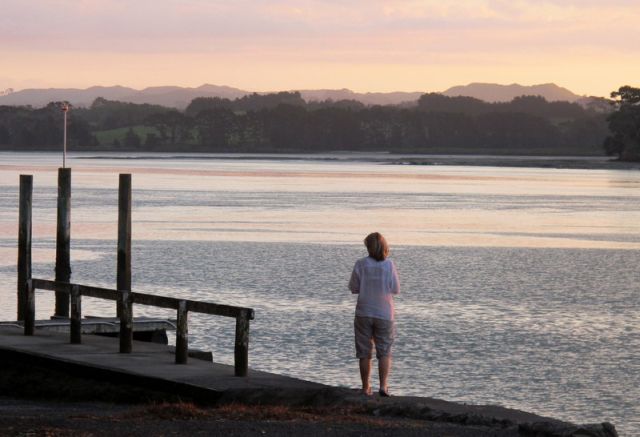 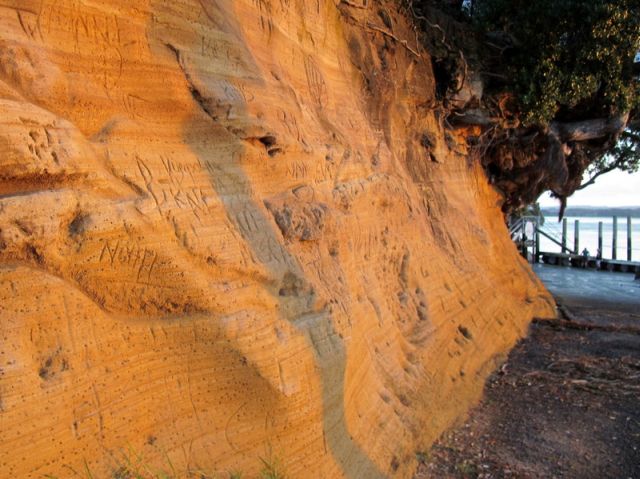 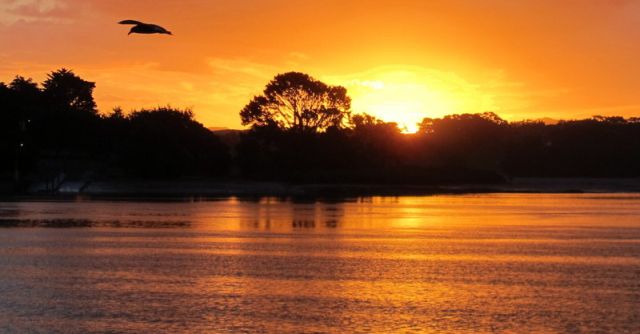 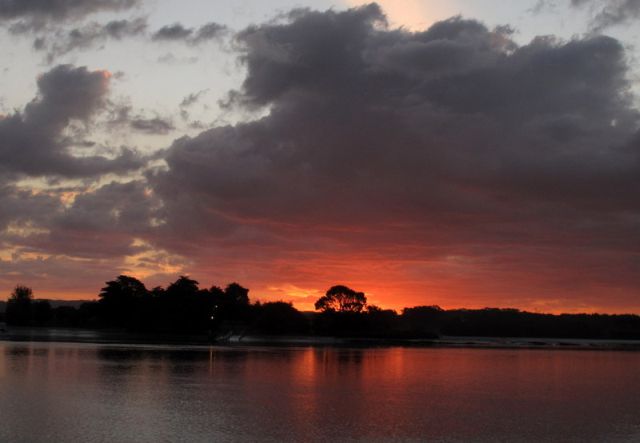 Wednesday we took Suzi back to Traillite for some fixing and fiddling. She’s been in constant use now for more than three years and due for some TLC which Traillite are very good at providing. We left them to it and headed south in the car, to Tirau where we enjoyed lunch in the sun beside the Waikato River. It was interesting to see how many fish (trout?) were happily cruising around. 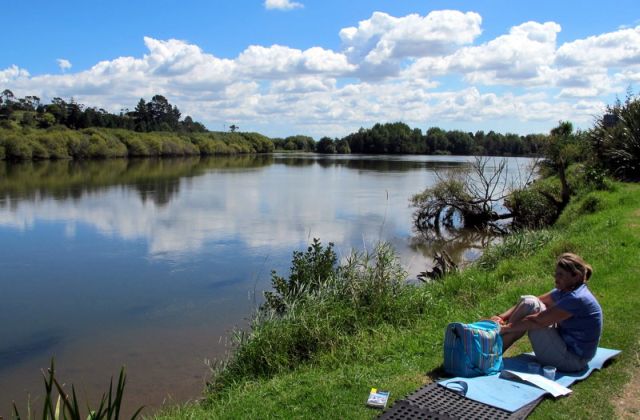 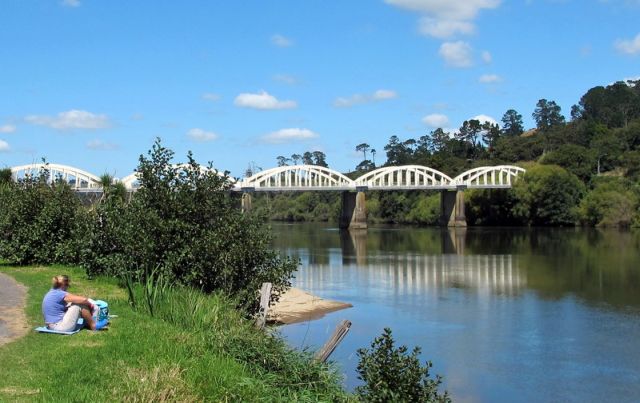 We then took the road out to Port Waikato which is the mouth of the Waikato River. It is interesting to note that the other side of the Waikato definitely isn’t Auckland. Parts looked more like Northland. The baches are mostly baches and it’s all a lot more relaxed. The last part of the drive and the settlement reminded me of the drive down Otago Harbour and Aramoana. 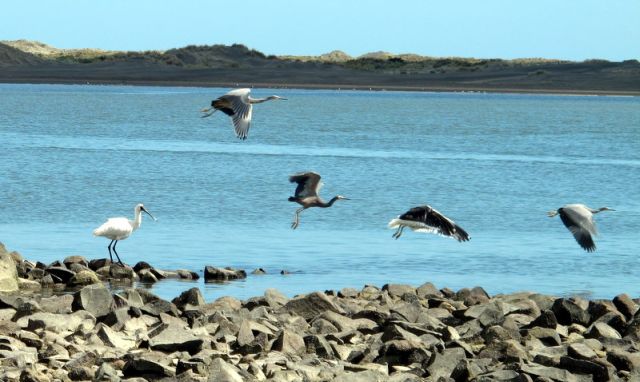 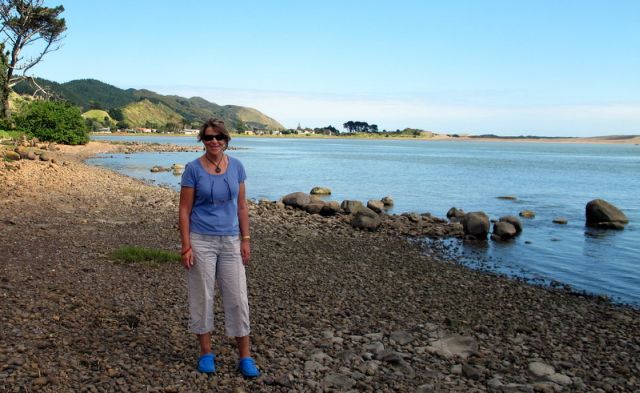 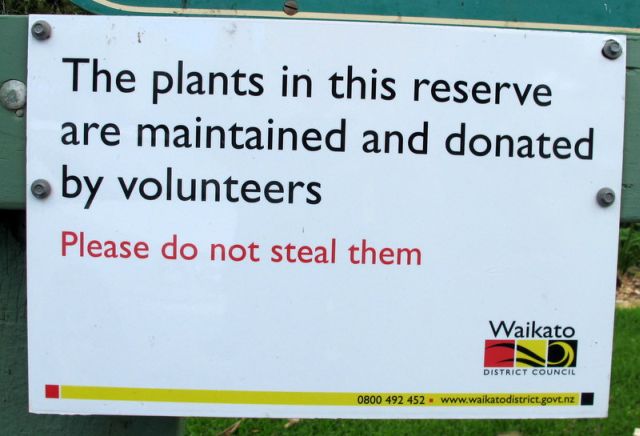 We returned via Pokeno and the legendary Pokeno features, the ice-cream shop and the bacon butchery. We visited them in that order, sitting a while to admire the constant stream of cars pulling up to partake.

We spent the night in the yard at Traillite and in the morning there was still more work to be done. We headed out in the car again, to visit my uncle and aunt in their new retirement apartment complex in Flat Bush School Road. I’d written their address down as Flat Bush Road and asked Nev the Nav to guide us there. It was like the Erebus disaster all over again. We both felt we were going in the wrong direction but Nev the Nav seemed to know what he was doing. We didn’t crash into a mountain but we did end up in a dead-end street in Otara. Same problem through – faithfully following wrong co-ordinates. We sorted out our disorientation and got ourselves over to Flat Bush School Road where we had a lovely lunch and visit.

We picked Suzi up back over at Pukekohe and headed back up the motorways to Mangere Bridge and Ambury Farm Park – which was rapidly becoming our Auckland home away from home. Another Traillite there turned out to be home to Grant and Smillie who invited us over for a drink with their friends who they were parked up with. They have things well sorted in their motorhome so we always come away with lots of ideas and some re-motivation. Next morning was the start of maybe the loveliest day of the very disappointing Auckland summer. It started calm and sunny and ended calm and sunny. Wyn tackled some washing and I checked out Grant’s lockers and tackled some Suzi maintenance like checking battery levels. Later in the afternoon we walked over to the Mangere Bridge shops, enjoying the walk around the edge of Manukau Harbour to get there and back.

Next morning – Saturday – I did some baking. My cousin Jan and her husband and grand-daughter were calling round so I decided some muffins were in order. My friend Hung in Dunedin had started me on muffin mixes and it is hard to go wrong. My savoury batch was bacon, feta and pesto. And the sweet ones were apricot, cranberry and chia seeds. It was good to catch up with Jan and Mike. After they headed away it was time for us to get going as well.

This entry was posted in Daily log and tagged Auckland. Bookmark the permalink.