Photo of the Day #2 (Chaweng Beach)

Yesterday’s photo was one of Chaweng Beach in Thailand in 1977. Today’s are three taken on Chaweng Beach last year. Wyn and I returned to Koh Samui on our travels in South East Asia in August 2011. We were lucky to find a lovely place to stay on the quiet end of  busy Lamai Beach just south of Chaweng Beach. One day we ventured out on a taxi thing to see the infamous Chaweng Beach – it’s everything a tropical beach shouldn’t be. But it’s what happens when paradise gets over-run and run over.

I was there when it wasn’t mentioned in Lonely Planet. Last year Wyn and I were using the 25th Edition of South East Asia on a Shoestring. So that’s 24 editions extolling the virtues of Koh Samui. In 1976 there was one place to stay, First Bungalows – maybe 6 rooms and a roof that was the restaurant. No village that I remember, only a small inlet used by the fishing boats. Now it’s huge resorts side by side for miles, deck chairs all up the beach shoulder to shoulder, and back from the beach it’s streets of wall-to-wall bars and tourist shops. And noise from taxis and motorbikes. 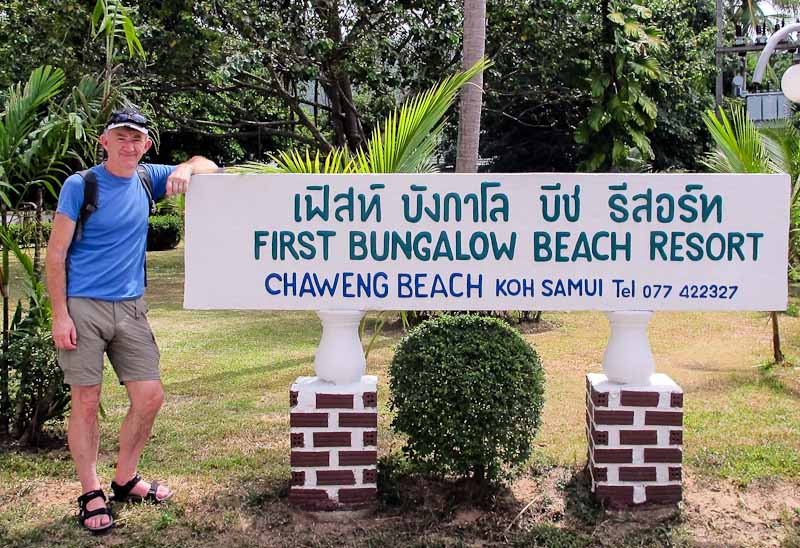 Ross at Chaweng Beach where first First Bungalow was 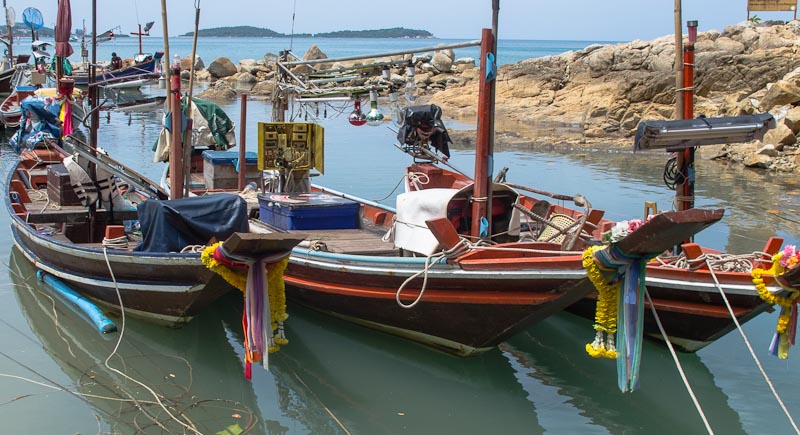 Finding where the first First Bungalows were was almost like an archaeological mission. I found where the little inlet used by the fishing boats is, and was. And tried to remember how it looked and was back in 1976. Somehow the photo of the modern Chaweng Beach manages to understate the state of it. Maybe it was because it was the middle of a hot day and most tourists had retired to the shade of the resort pool for the afternoon. Maybe it was because the beach is the least of the madness and mayhem – the streets behind the beach tell a worse story.

In any case, it has been an extraordinary and awful transformation. I’m sure it is one that is repeated in countless destinations. And I’m aware that I’m part of the problem.

This entry was posted in Photo of the Day and tagged Thailand. Bookmark the permalink.