Photo of the Day #6 (Dunedin Dawn)

Blenheim blue skys are lovely, don’t get me wrong. But there’s something about Dunedin clouds. Especially at dawn and dusk. Fabulous sunrises and sunsets. And none better than those looking down the harbour. Dunedin’s West Harbour suburbs used to be shunned – too far from the city centre at 5-15 minutes! Until people woke up to the harbour views from most houses and regular sunrises to inspire their days. From Roseneath winter sunrises were from straight down the harbour towards the entrance – over the Port Chalmers Peninsula. You often thought you’d seen one that couldn’t be topped – only to have another fabulous one come along and top it.

This photo is one from Roseneath, towards Port Chalmers. It’s from a folder called 2002 Scanner so it’s probably from a negative, from one of those real film cameras. I started off with it this photo cropped rectangular landscape size. Then after I made my standard square thumbnail, I decided I like it almost square – so the one below is the almost square one. Funny how accidents can work out.

So there you go. Dunedin clouds make great sunrises. If you like this one, I think I’ve got a squillion more somewhere… 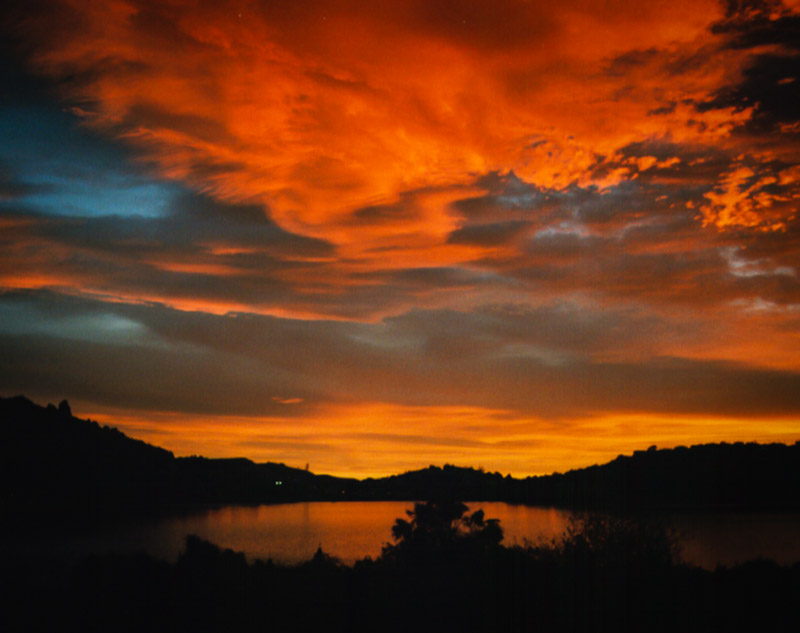 This entry was posted in Photo of the Day, Photography and tagged Dunedin, sunrise. Bookmark the permalink.