Photo of the Day #12 (Snowcaving on the Old Man)

Most winters the Otago Tramping and Mountaineering Club organises a snowcaving trip to the Old Man Range in Central Otago. A snowcave is a hole (cave) dug into a snow bank to sleep in. It’s an important thing to learn about as a snowcave can be an important survival tool in an emergency. The plan is to dig a tunnel into a deep snow bank and then dig a sleeping chamber. The idea is that the floor of the sleeping chamber is higher than the tunnel. Theoretically warmer air is trapped in the sleeping chamber. Mind you, the warmer concept is relative. This is after all a hole in the snow with a snow floor and snow walls and roof. It’s like living in a big fridge.

With sleeping mats for insulation the floor part is not a problem. With a good sleeping bag most of the rest is OK as well. But it is never going to get tropical. Which is useful because it’d melt if it did. The roof is domed for strength and to ensure that any drips run down the walls. In well-managed snowcaves a cooking alcove is created in the entrance tunnel to keep cooking fumes out of the sleeping area.

On two occasions I slept in snowcaves on the Olivine Ice Plateau. They were excellent accommodation for four or five days in an extreme environment. One of them slept eight of us. They are stormproof and soundproof. They provided a good base for climbing on fine days, and surviving comfortably on bad days. But they are still like a big fridge. When we could we’d emerge like lizards and lie on the nearby rocks to warm up and dry out.

The photo is one of me, cooking something, standing up. A feature of any snowcave I was involved with was the amount of headroom created. I was never keen on cramped quarters so there were larger amounts of snow excavated and usually some way of standing up. This would have been taken on one of the OTMC trips to the Old Man Range in the 1970s. I lived in that duvet in winter, good for snowcaving, ski trips and cold Dunedin flats. I finally let it go a couple of years ago. It was an emotional but overdue parting. 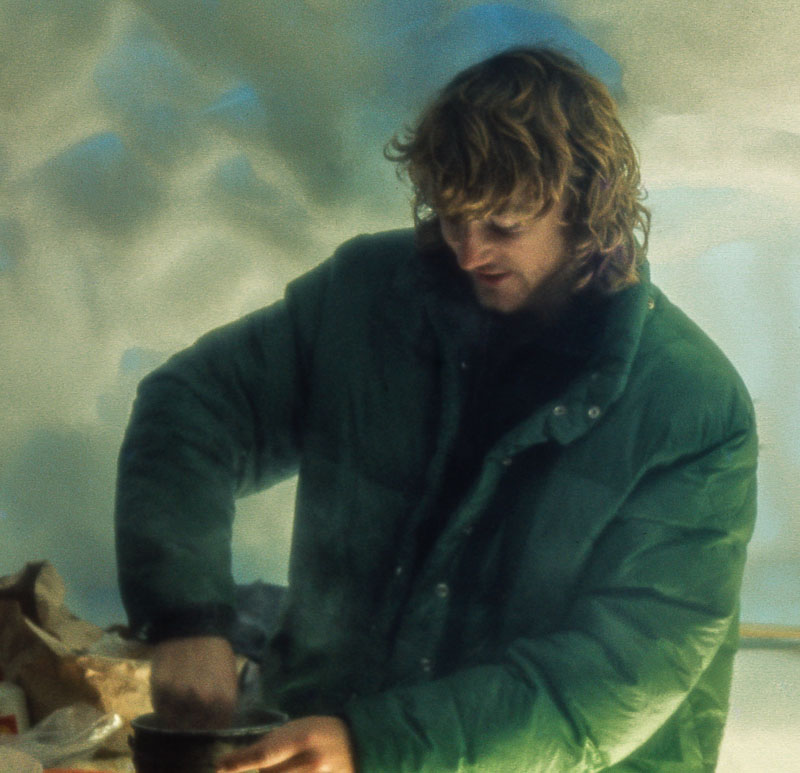