Before we started work at the motels in Christchurch we thought we should finally approach the CBD area which we hadn’t seen since before the earthquakes. We’d skirted around enough times, playing Spot the Chimney and moving on. We’d been in Christchurch just days before both the bad earthquakes, and one of my enduring memories is of the efforts going into restoring the Carlton Hotel – now no more. It was wrecked a few days later. Since many of our motel guests were going to want to know about the CBD, we realised it was time for us to visit. The whole area was open at last, and there was a bus tour to take us around, so we’d run out of excuses. 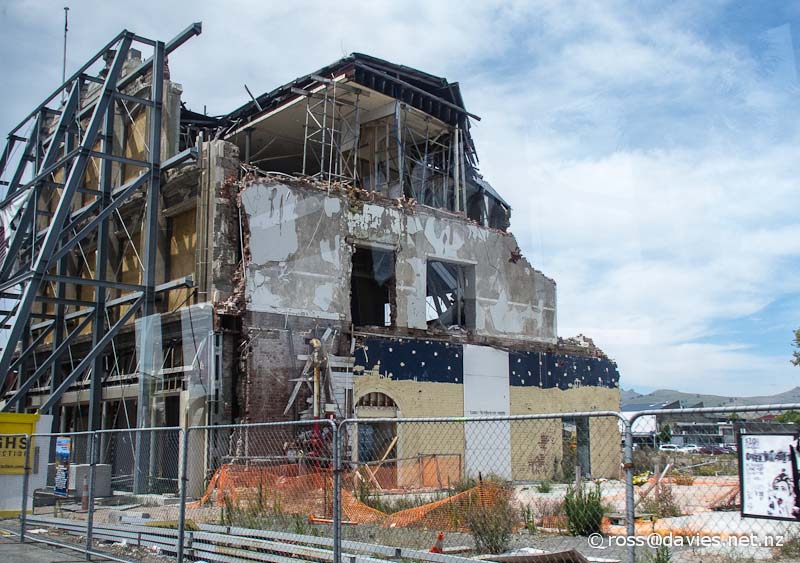 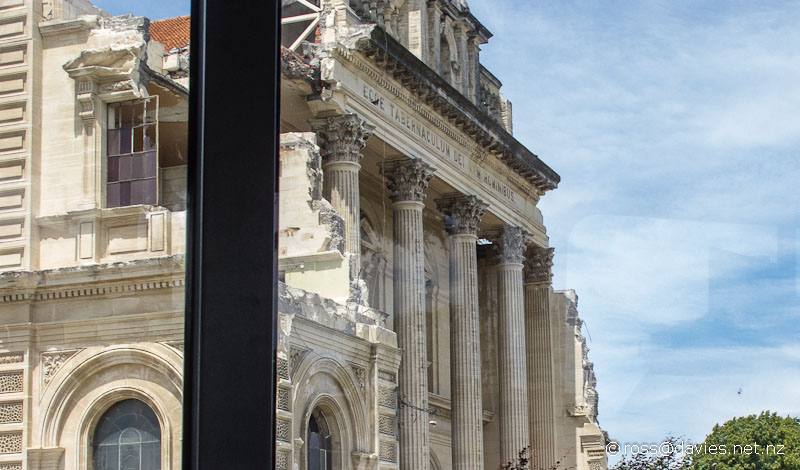 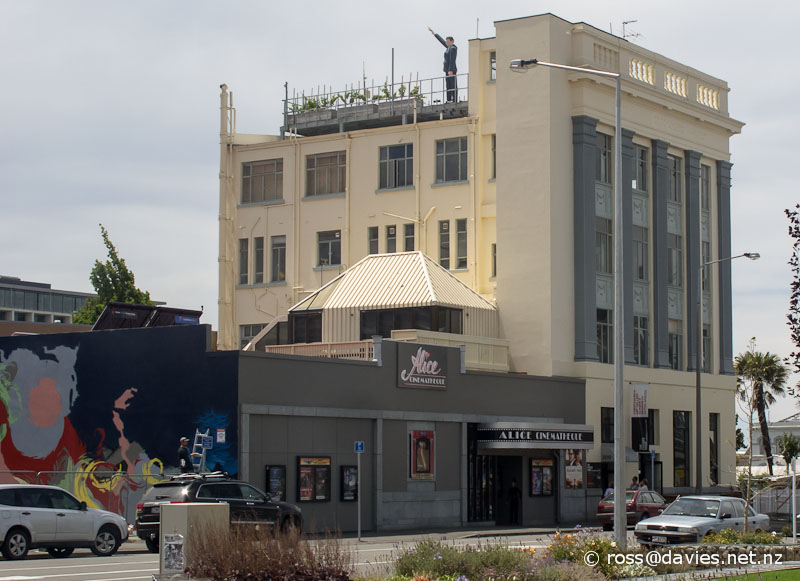 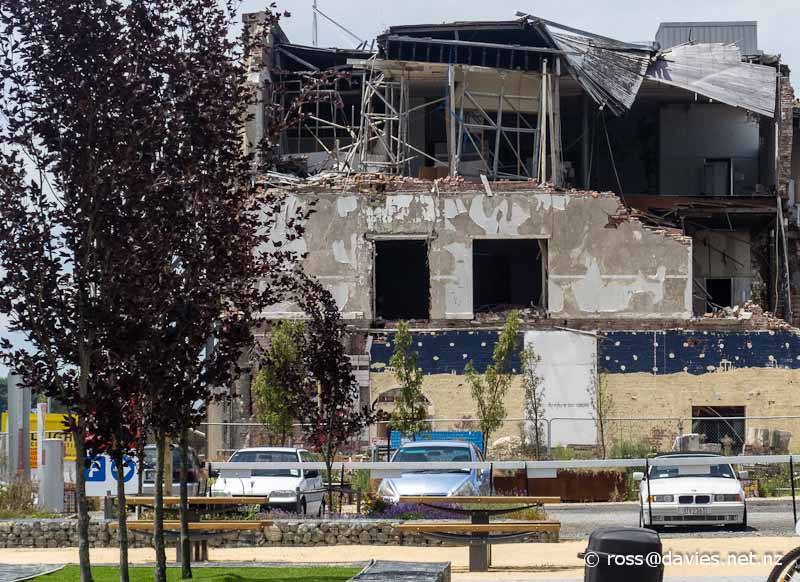 Nothing had really prepared us for what we saw. It was all a bit of a blur – damaged buildings and lots of bare land where buildings used to be. Beautiful buildings wrecked. Damaged buildings waiting to be undamaged. Whole blocks gone. Still 100 buildings to be brought down. Little sign of rebuilding. Lots of attempts to soften the image with bits of art and beautification.

A week later a motel guest was saying they’d seen the downtown area a year ago and described the desolation and small signs of rebuilding. I thought – hang on, that’s how I’d describe what I saw last week! It is now three years on and still mostly in the demolition phase – or so it seems.

It is a very sad and sombre sight. It is impossible to imaging what it is like for Christchurch residents living in this now for three years. The CBD is broken yet much of the city carries on around it as if life has returned to some sort of (new) normal.

One thing I don’t get is the lengths being gone to to retain some buildings. I can understand the Arts Centre, and the Basilica, and maybe the Cathedral. But elsewhere there are container stacks propping up facades and walls of buildings that appear beyond repair economically. I’d have thought it’d be a case of picking battles. There is so much to do, and so little money. I know it is important to preserve the past. But at such a cost to the present? 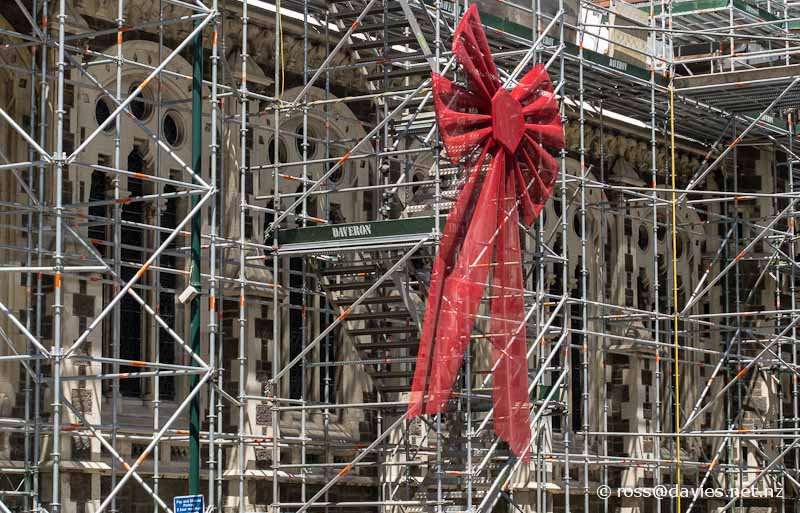 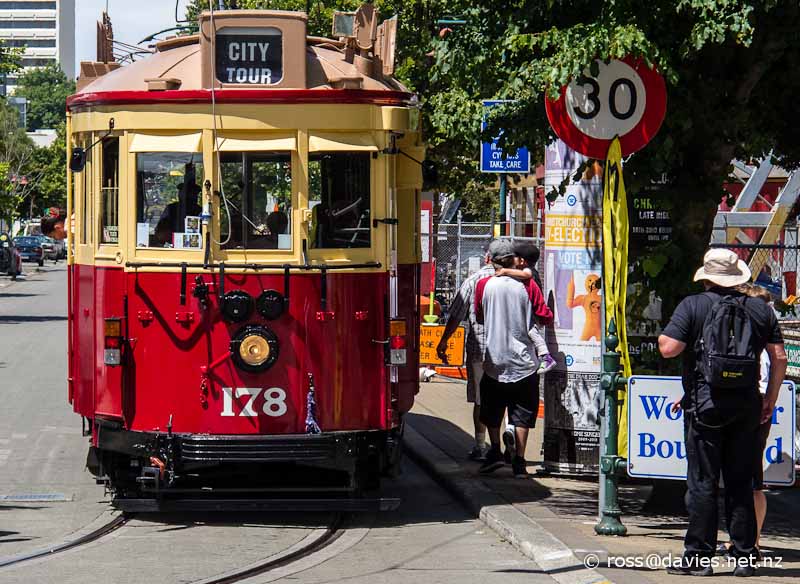 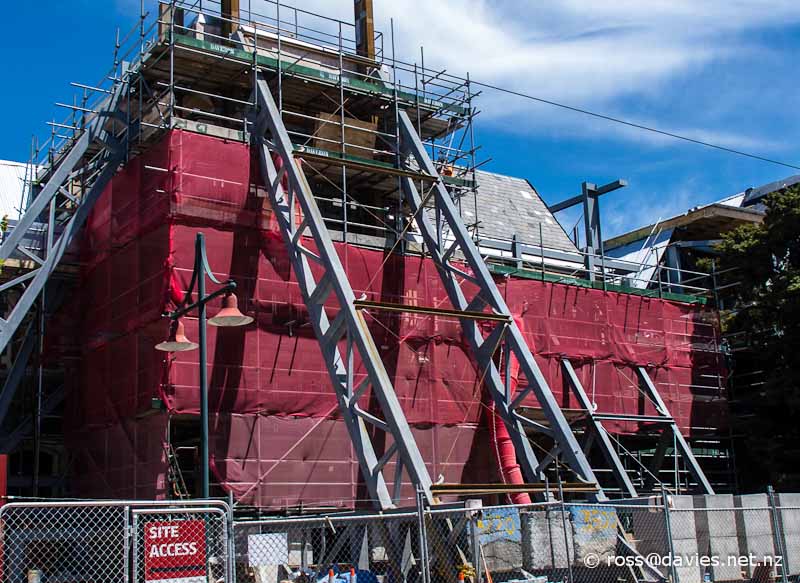 One thing about the bus tour was that it didn’t stop anywhere to let us out for 5 minutes to contemplate the scenes. It was a bit like viewing fish in an aquarium as opposed to snorkeling among them.

We did take the opportunity for a short walk down Worcester Boulevard, where it was good to see the trams running again. apparently they’d been back on the tracks for 6 weeks at that stage, and already people were commenting on there being more people and life in the CBD.

Then it was back to the motels out west near the airport where nothing much was broken and life was normal and memories of the CBD were like a bad dream.

This entry was posted in Daily log and tagged CBD, Christchurch, downtown, earthquake. Bookmark the permalink.