Our China adventure started in Shanghai. Largest city in China and one of the largest in the world. Air New Zealand flew us there nicely and we even managed a few hours sleep. And arrived at the very civilised time of 7am. She’s a big airport, about 80 gates or so. We were happy enough to get to grips with the public transport, so found our way to the Maglev train. The fast way into the city. 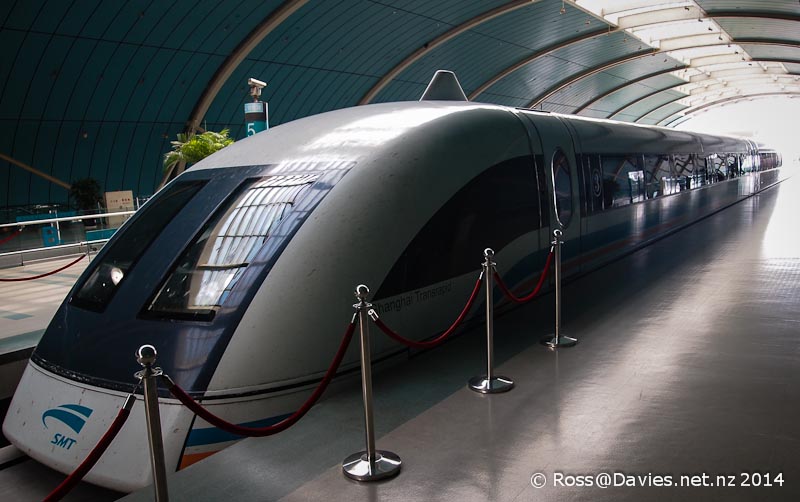 Speed readout on Maglev train Shanghai Airport to inner city. It didn’t feel that fast which is even more impressive.

In rush hour it “only” travels at 300 kmph. But is capable of about 430 kmph apparently. I was very impressed to be in a train at 300 kmph. From there we transferred to the Metro/Underground trains. It took 2 lines to get near enough to our hotel, which was in the French Concession area. This is an older established area with a slower pace and lower buildings and more trees. Our hotel was in the middle of the area. Location was its best feature but it was generally OK.

After some sorting out we took to the streets to see what we could find. There was a cute little park in the next street, with an interesting sign. 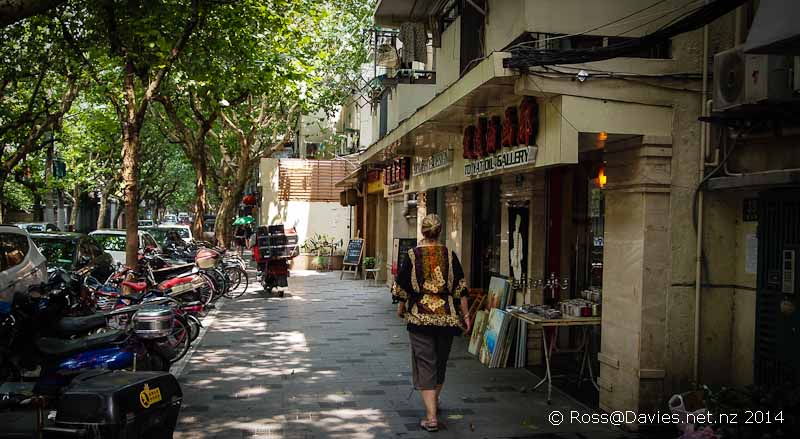 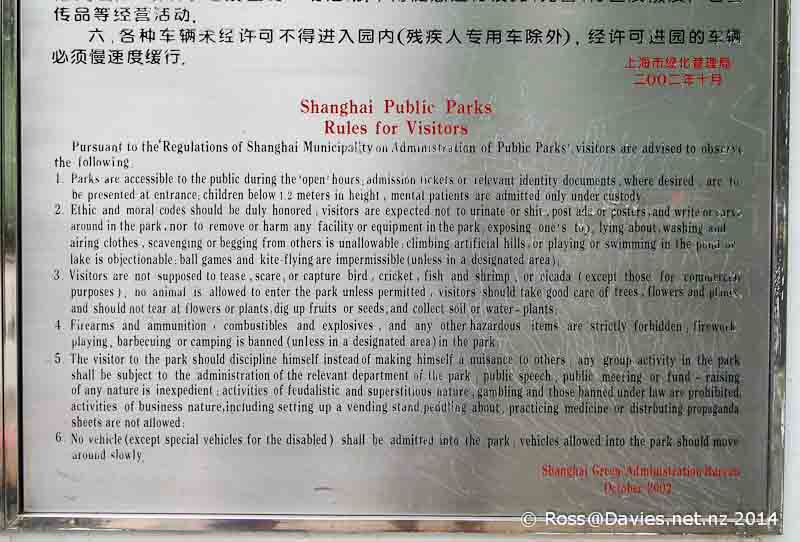 The fruit shops looked good. We were pleased to see some Zespri kiwifruit on sale. The strange thing is that kiwifruit is called kiwifruit in China. The fruit comes from China originally, and China grows more kiwifruit than anyone else. 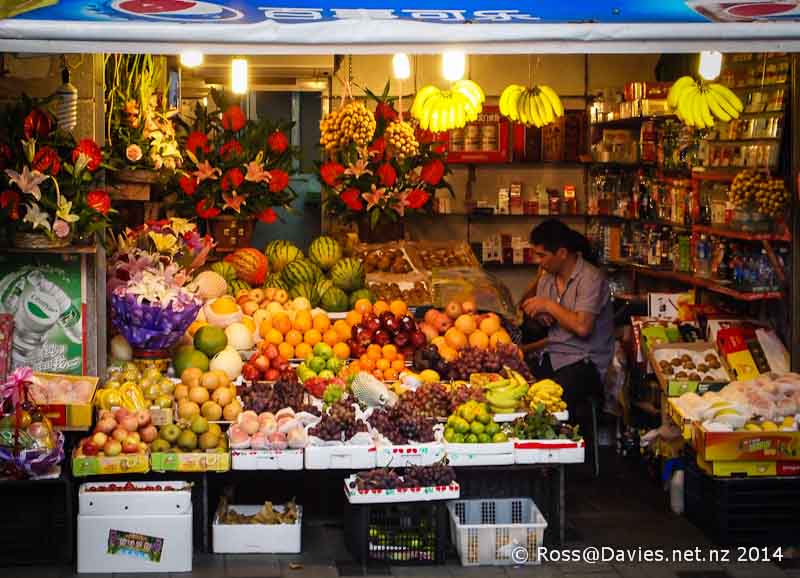 We were only about 500m from the Tianzifang market/studio/cafe area and we managed to stumble upon it without much difficulty. There seemed to be a lot of people, but that was something we were going to have to get used to. 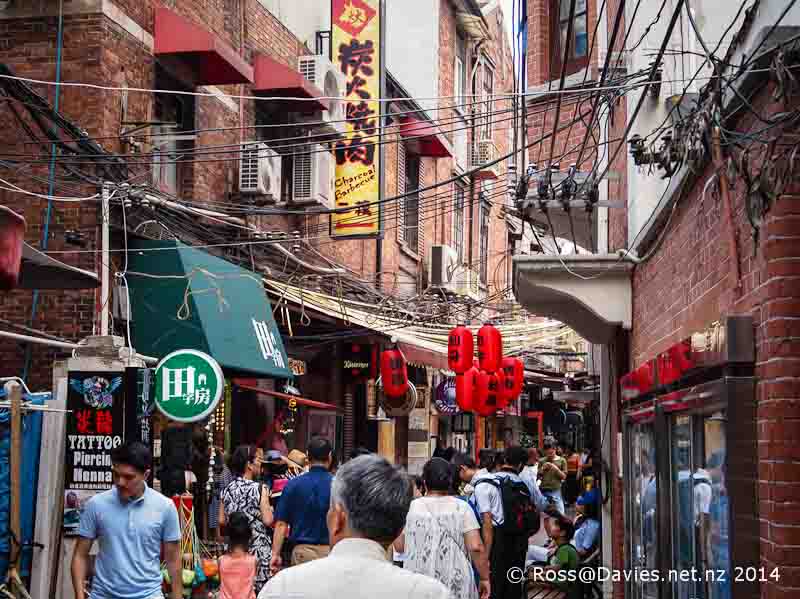 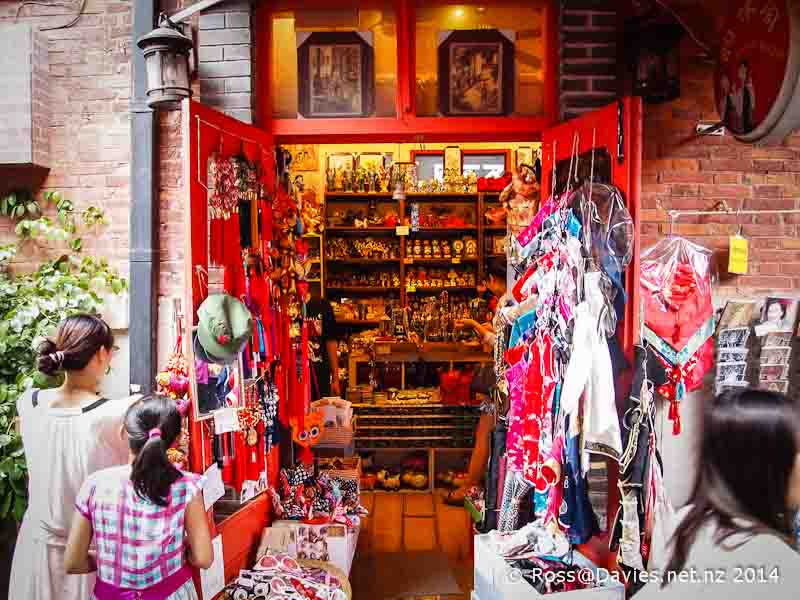 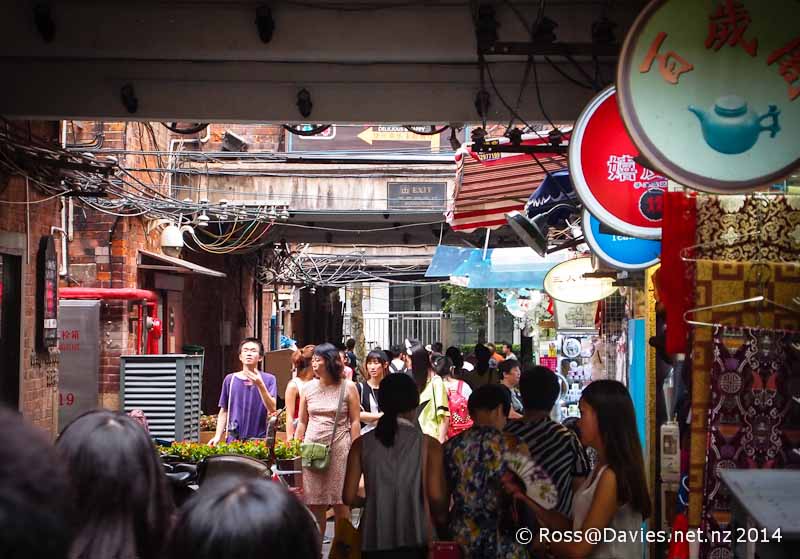 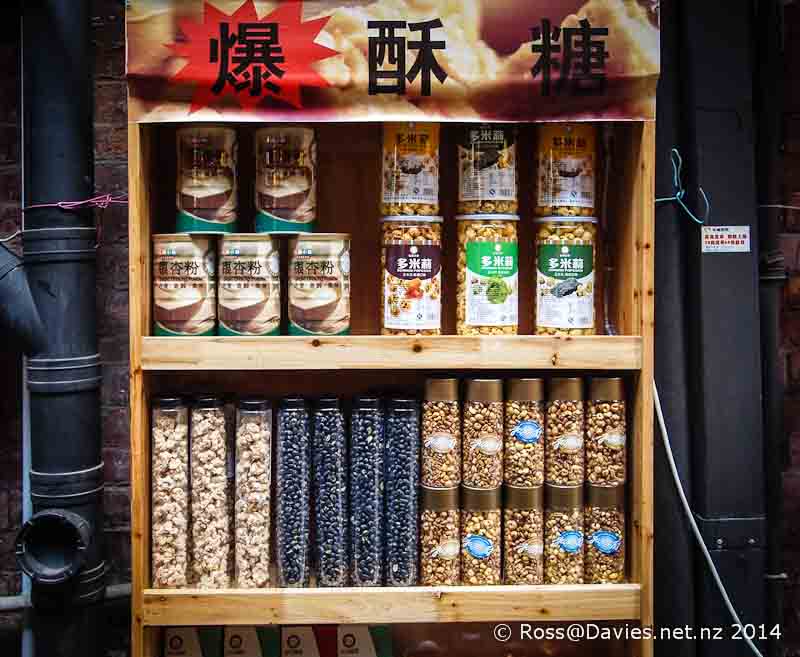 We headed back to our hotel, taking in the city as we went. Lots of interesting alleyways. And big contrasts. Bamboo scaffolding arriving on handcarts. In a street where most of the traffic is luxury German cars. 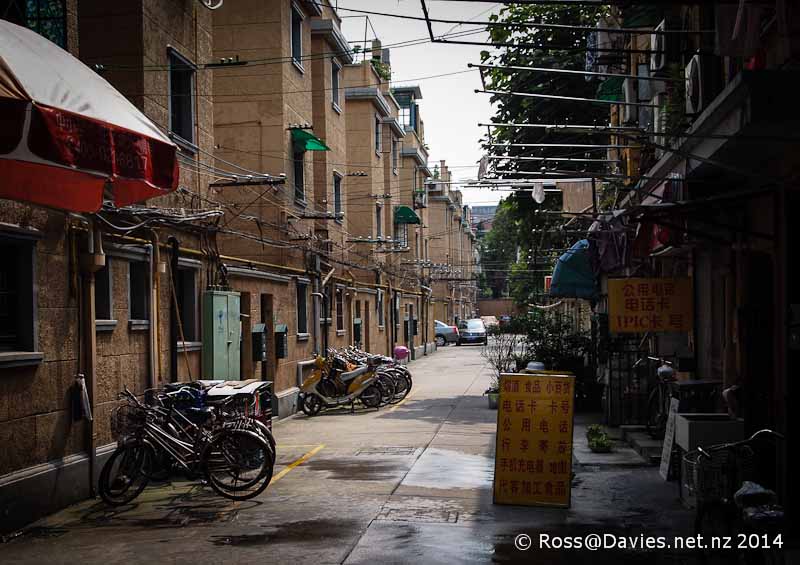 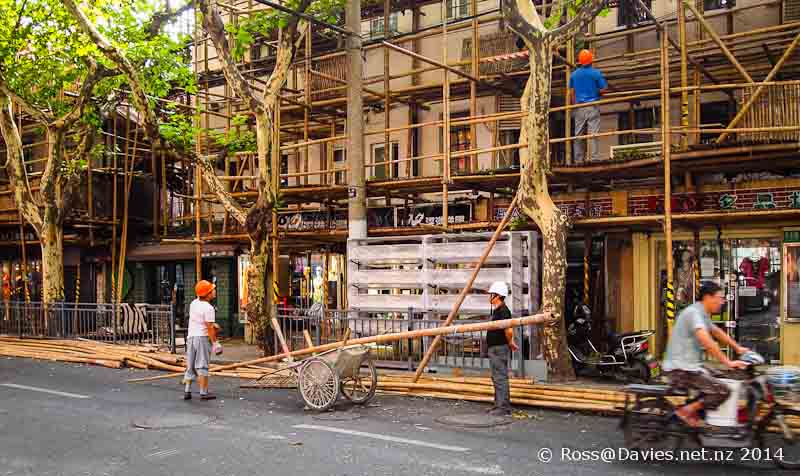 Renovations along the street from our Shanghai hotel 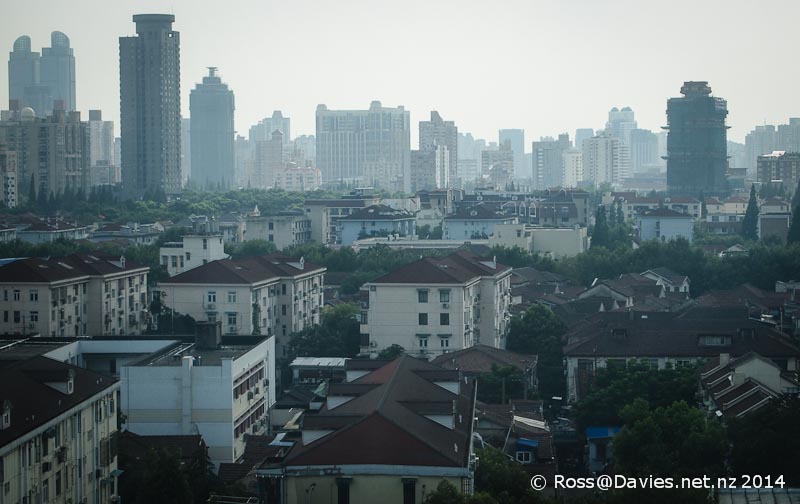 Smoggy Shanghai from our room

We were on the 11th floor of the hotel, which meant less street noise. We even had a bit of a view, towards the north. We were pleased with our first day. We’d got the hang of the Metro. We’d crossed some streets without mishap. We’d managed a walk in the hot and humid that is Shanghai. We were in China, in a nice neighbourhood.