Backing The Truck Up #1 – Mt Maunganui

We’re still working in Onehunga. And I’m getting around to sorting through some of my photos from the last few months. We’d been working in a kiwifruit packhouse in Te Puke. And only had a few days before we needed to start here. Which we wanted to make the most of. First we had a few chores to do. We had to get a new CoF (Certificate of Fitness) for Suzi motorhome, plus she was due for a service. The Isuzu people in Mt Maunganui were very good with me juggling the date for the service as our last day of work got juggled around.

Best of all our last day finished early at about 1pm. Thanks to a fair amount of preparation we were out of the packhouse camp about three hours later. We’d been parked up for about 2 months, and Suzi had almost put down roots. It was good to get mobile and moving on. Plan A was to park up near the airport in Mt Maunganui but there were already too many other motorhomes there. So we moved on to Sulphur Point beside the Tauranga Harbour. It was a wonderful place to wake up to in the morning.

Suzi motorhome waking up beside the Tauranga Harbour at Sulphur Point 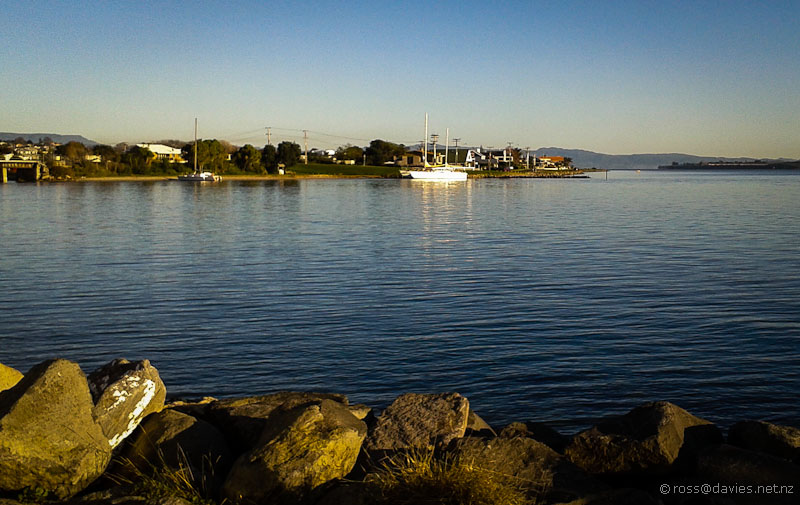 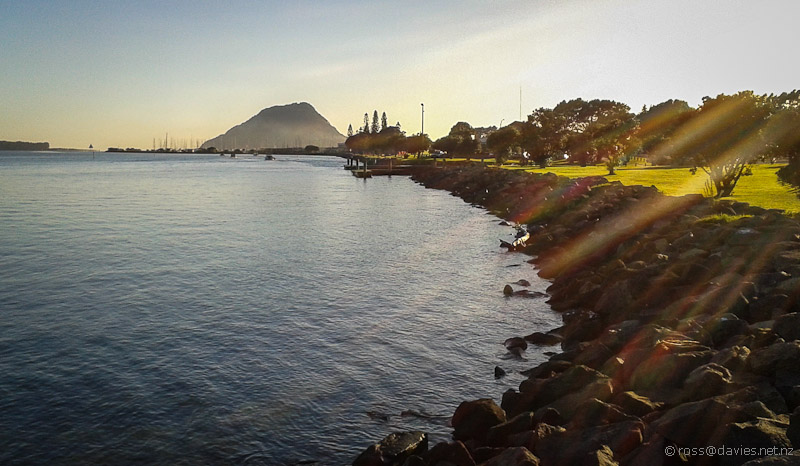 Tauranga Harbour and the Mount of Mt Maunganui in the distance

We took Suzi truck around to the truck place for the service and headed round to a cafe near the beach. It was a bit cool even in the sun but this was June. And they had nice little blanket things for keeping legs warm at outside tables. 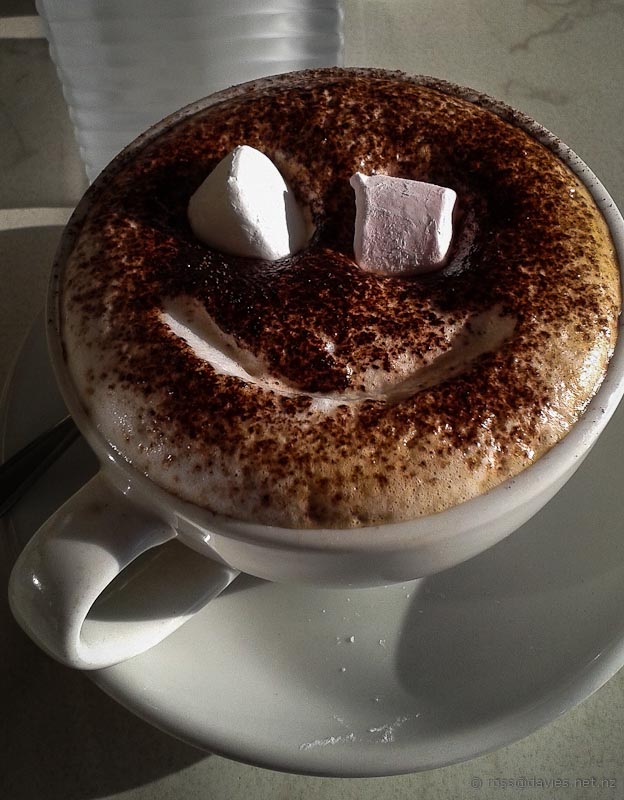 Guess who was playing with his coffee ….

Mt Maunganui is the beach and apartment buildings and cafes and the beach. Which is not very crowded in winter. 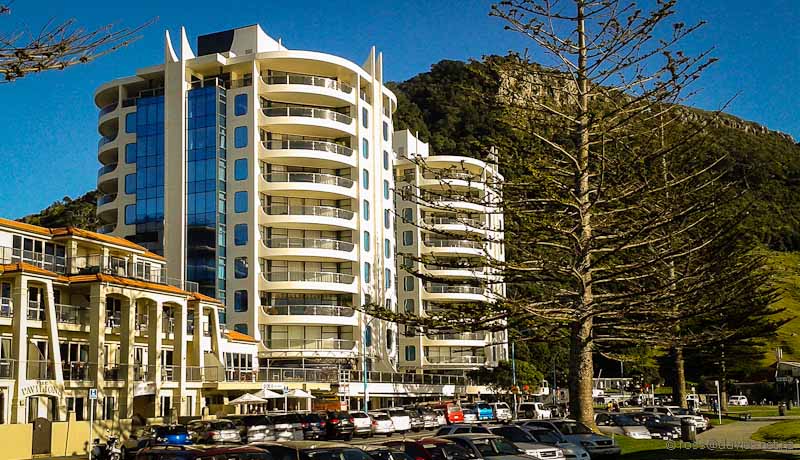 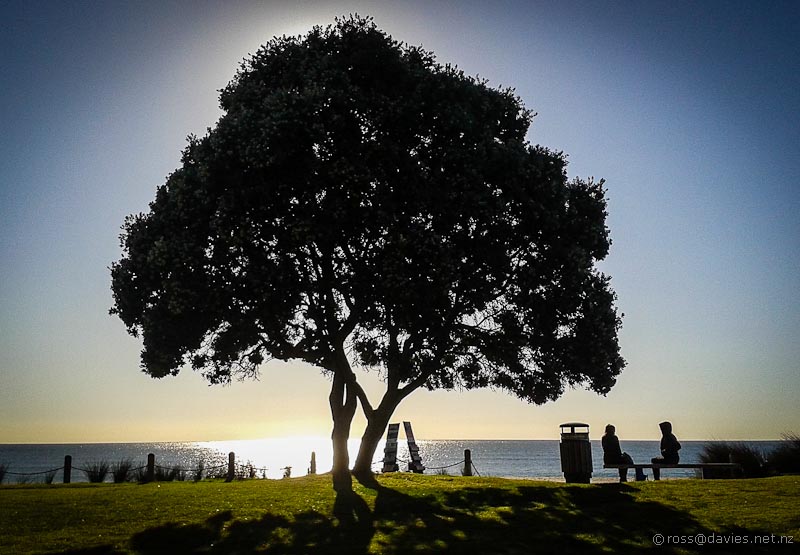 Pohutukawa tree on the beachfront at Mt Maunganui 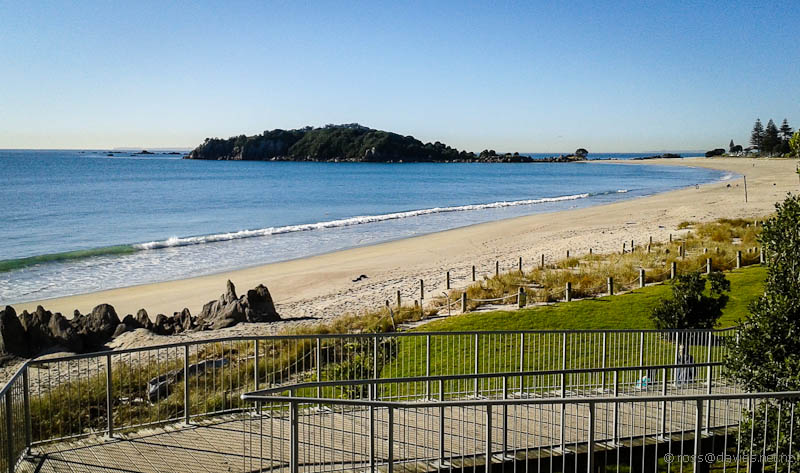 Maybe everyone is out walking around The Mount. There is a track right around beside the sea and the harbour entrance. We join all the other walkers (and runners) when we get the chance and it seemed like a nice way to farewell Tauranga and the Bay of Plenty which had been home for the last few months. 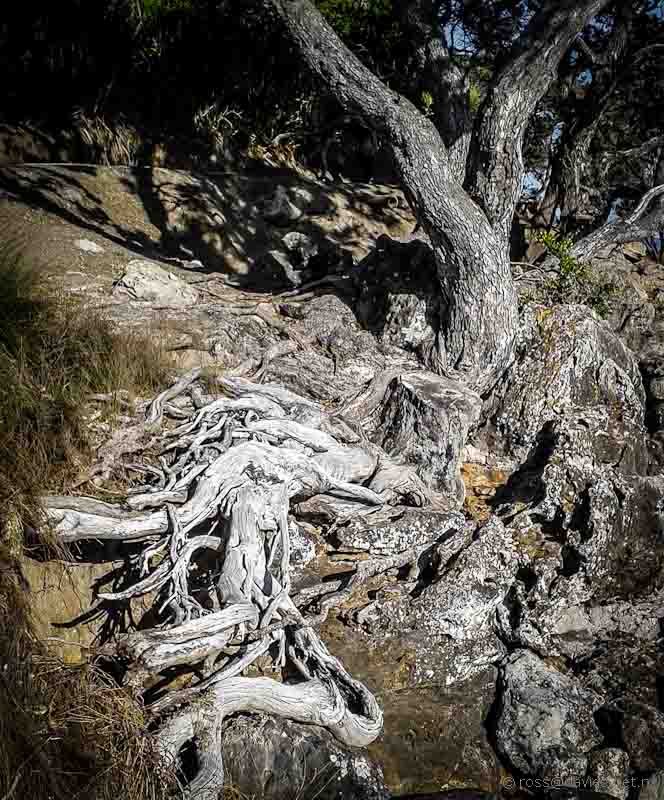 Pohutukawa tree roots Mt Maunganui. I love the pohutukawas. The trunks are lovely and curly and random. But the roots are almost better. Often exposed and tangled all over the place. What I like about this photo is that it is hard to see where the tree stops and the rocks start. 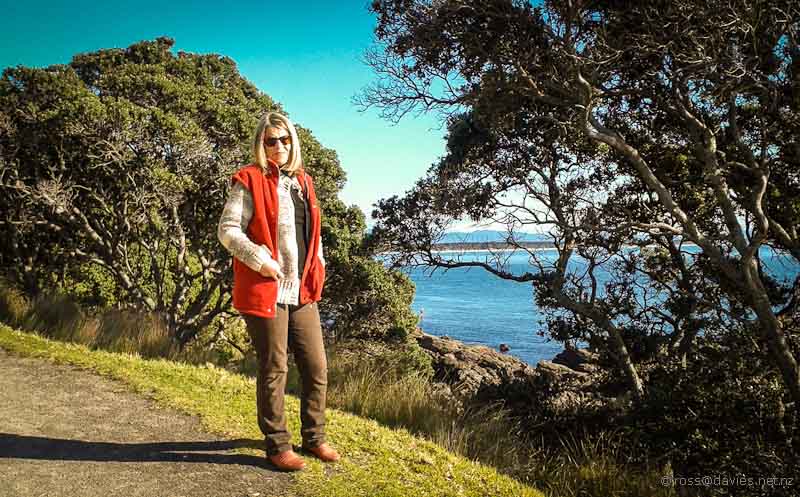 Last walk around Mt Maunganui for a while. In the distance Matakana Island and the Kaimais.