For Māori, whakapapa (genealogy) is not just about the family tree. It is about a wider context, including linking us to our land and waterways. I think it is something we can all take something from as we lose touch more and more with where we have come from. In my previous post I wrote how I was happy being a candidate in the Flagstaff Ward in Dunedin and mentioned ‘paternal familiarity’. I guess that was a bit of my whakapapa right there, and it set me thinking.

The paternal bit was me reflecting on my paternal connection with Flagstaff (the hill). The ashes of both my father and grandfather were scattered on the summit of Flagstaff. That’s quite a lot right there, but it’s more than that. My granddad O.V. Davies was a keen walker and tramper in his day. He roamed far and wide, as time allowed, but also took advantage of Flagstaff which wasn’t far from his home in Maori Hill. He once got benighted on the slopes of Flagstaff facing the city and I’m sure this would have been on the track which now bears his name.

The Davies track was a bit of a family legend, and I remember unsuccessfully looking for it in the early 1970s. It has since been restored and I’ve enjoyed using it a number of times. 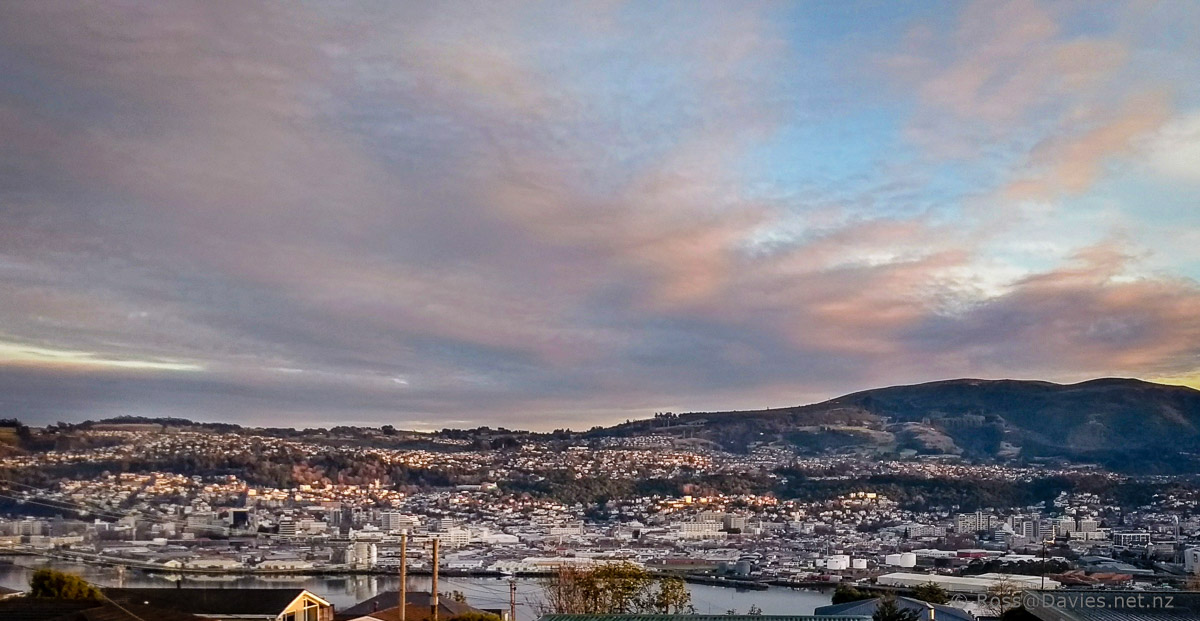 Flagstaff on the right, above Dunedin City, from Waverley across the harbour. The Davies Track is towards the right-hand end.

Flagstaff is a hill rather than a mountain, but it definitely dominates the Dunedin skyline. It provides a magnificent viewpoint over the city on one side, and the Otago hinterland on the other. Dunedin has lots of great city viewpoints, but Flagstaff is a special one. You have to walk some of the way to reach the top. It’s only takes about 20 minutes from the closest parking, but that’s enough to get you breathing properly and looking forward to the reward of the view.

Dunedin from the summit of Flagstaff. We lived in the suburb on the left. Waverley is straight ahead across the harbour, and St Kilda and St Clair beaches are the Pacific Ocean beaches on the right.

Flagstaff is also the only Dunedin hill not adorned with human structures. I’m proud to be a part of the club (Otago Tramping and Mountaineering Club) that had to fight to keep it that way back in 1970s. Communication structures and buildings are necessary, but it’s good to have Flagstaff in its natural state. The club had earlier inherited a chunk of land around the home of Ben Rudd on the west side of Flagstaff, and I’ve spent a few days and nights there in my younger days; doing what young people do.

Flagstaff also provided access to the hills beyond; the Silver Peaks. The Pineapple Track ascends from Leith Valley towards Flagstaff, and then a track north leads to the the Silver Peaks beyond. In my early days many a tramping trip, short and long, would end descending the Pineapple Track. As often as not, it’d actually end after walking for another hour to the back door of home. Life was simpler then.

One of our trips ended up with us sleeping on top of Flagstaff. My friend Richard, my sister Julia and I had spent a happy school-holiday week meandering haphazardly around the Silver Peaks. We would laze around all morning before starting off late after lunch to rush to our destination before dark. Which would cause us to laze around all next morning …. and so on… We designated this as the first Silverpeaks Expedition, and it came to be a philosophy; adventures with lots of sitting around and little real activity.

There were more Silverpeaks Expeditions to the Silver Peaks, and then further afield; to the Rock and Pillars, the Routeburn (7 days for 30km!) and finally the Silverpeaks Himalayan Expedition to Everest Base Camp. But that’s another story. At the end of that first Silverpeaks Expedition we had no plans for anything like that. All we knew was that life was good and we were in no hurry to return to the city. So we camped on top of Flagstaff for a night and a day, when we could have gone home.

It seemed a fitting location to serenade our city. And a good way to conclude a wonderful adventure.

When I think about it, there’s a lot more than just ‘paternal’ things connecting me with Flagstaff. And even though I’ve had good relationships with several mountainous mountains, there can be no doubt that Flagstaff is my mountain. 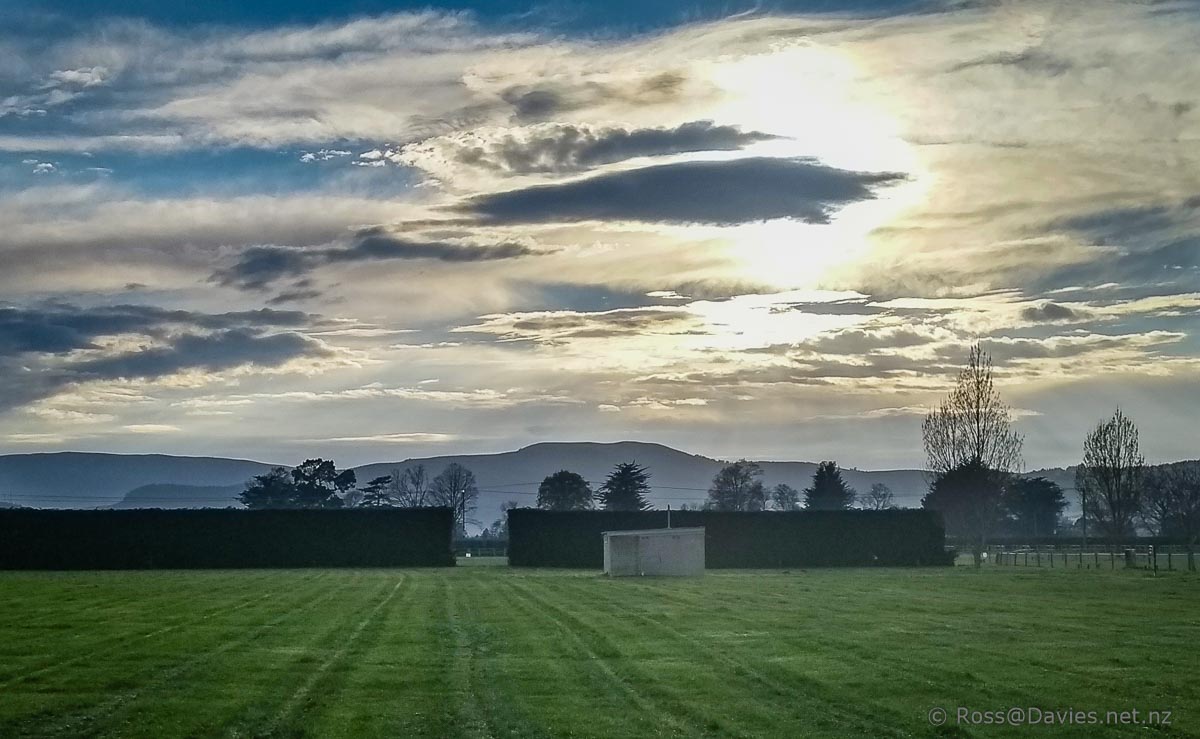 The view of Flagstaff  yesterday from the window of our motorhome. Am I keeping an eye on it; or it on me?

6 Responses to Ko Whanaupaki Tōku Māunga – Flagstaff is my Mountain