The Evening Before and the Morning After – On Waikouaiti Beach

The last two posts have been about our weekend away to Moeraki earlier in the year. It’s not much more than an hour from Dunedin to Moeraki, but we broke our journey on the Friday night at Waikouaiti where we stayed at the friendly camping ground. We had a short quick walk to the beach before the sun went down. And were rewarded with a lovely view of the setting sun on Matakana, the hill at the north end of Waikouaiti Beach.

Waikouaiti Beach with the sun setting on Matakana to the north 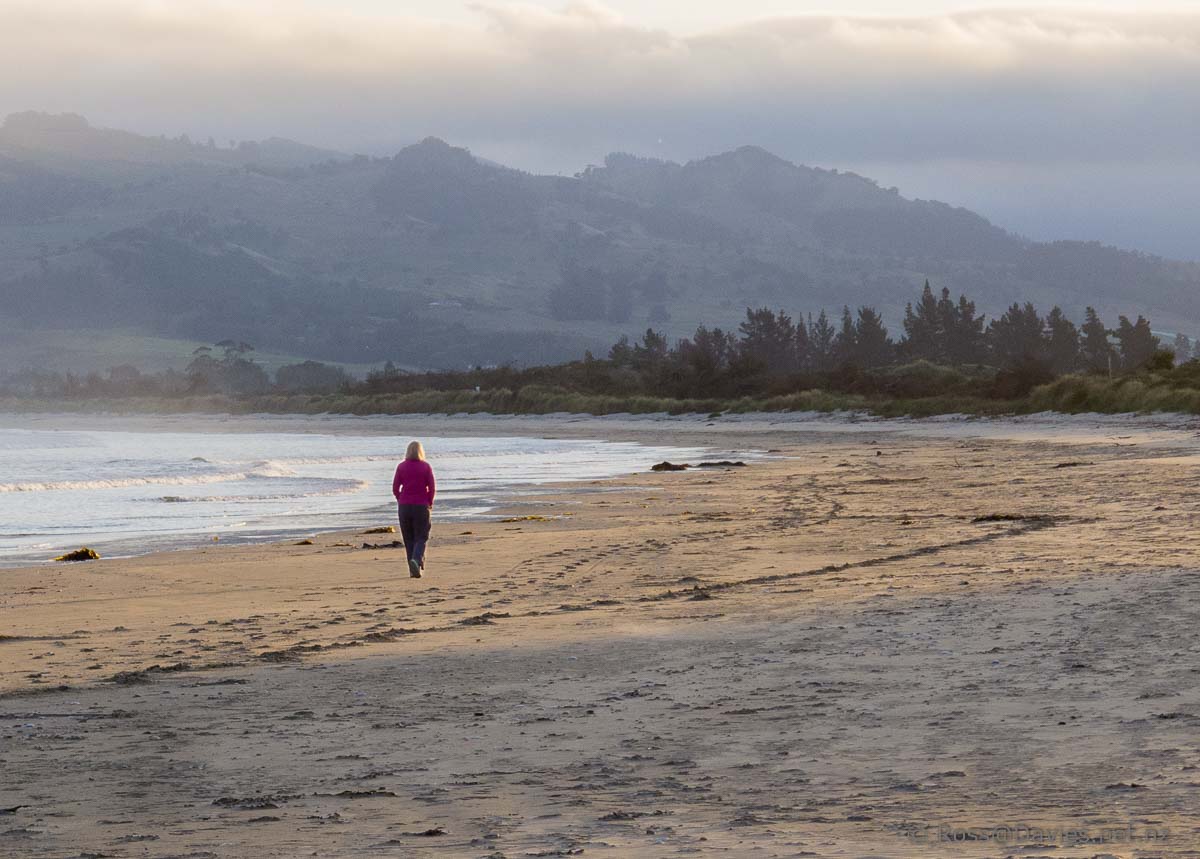 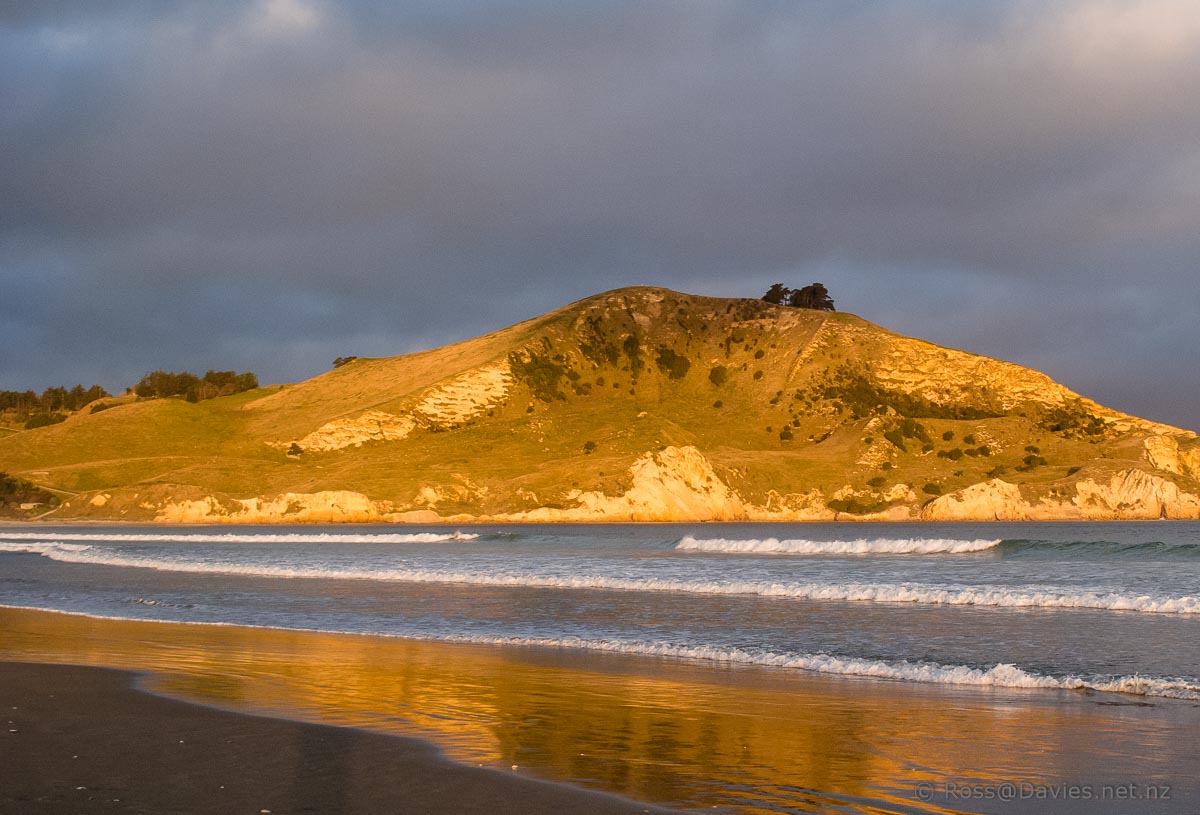 Matakana at the north end of Waikouaiti Beach. Maybe there’s gold in them thar hills?

Matakana is a historic sort of hill because it was along on that hill that Johnny Jones set up his farm. He started out as a whaler, in the 1830s and settled in Waikouaiti in 1838. My Dad always said that Dunedin should have been built at Waikouaiti. His story was that it was a toss-up, and Dunedin ended up at Dunedin because the harbour was more favourable. The climate wasn’t, because of the harbour. Interestingly, the boundaries of Dunedin grew in 1989 to include Waikouaiti, so it got there in the end.