We go Looking for Spring and Find Perfection

A couple of weekends ago we ended up in the Upper Gardens of the Dunedin Botanic Gardens. We’d been to a midday movie that was part of the film festival; called “Unrest” which is a first-person documentary made by and featuring a woman with severe Chronic Fatigue Syndrome.  ‘Powerful’ and ‘moving’ and ‘confronting’ and ‘direct’ are words that came to mind. The sort of movie you need to unwind from a bit. We went to the Gardens looking for daffodils.

We were either too early or too late for them, and when we wandered across to the azalea patch it was clear that they were still to bloom. But nearby were a couple of magnolia trees. The paler tree is huge, and it was like every single bloom on the whole tree had bloomed simultaneously, and perfectly. It was ‘shock and awe!’ in the best kind of way.

It was kind-of like a flock of magnolias, beating their petals …. 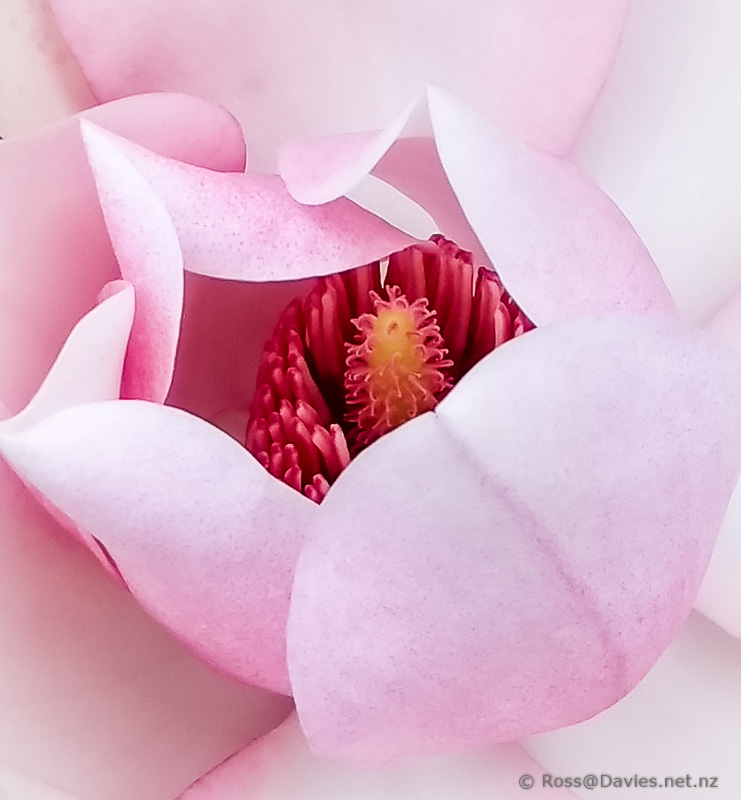 The magnolia flower is exquisite; a flower in a flower …

The trees are so accommodating; making some flowers accessible with long slender limbs bending right down so we don’t miss their beauty. 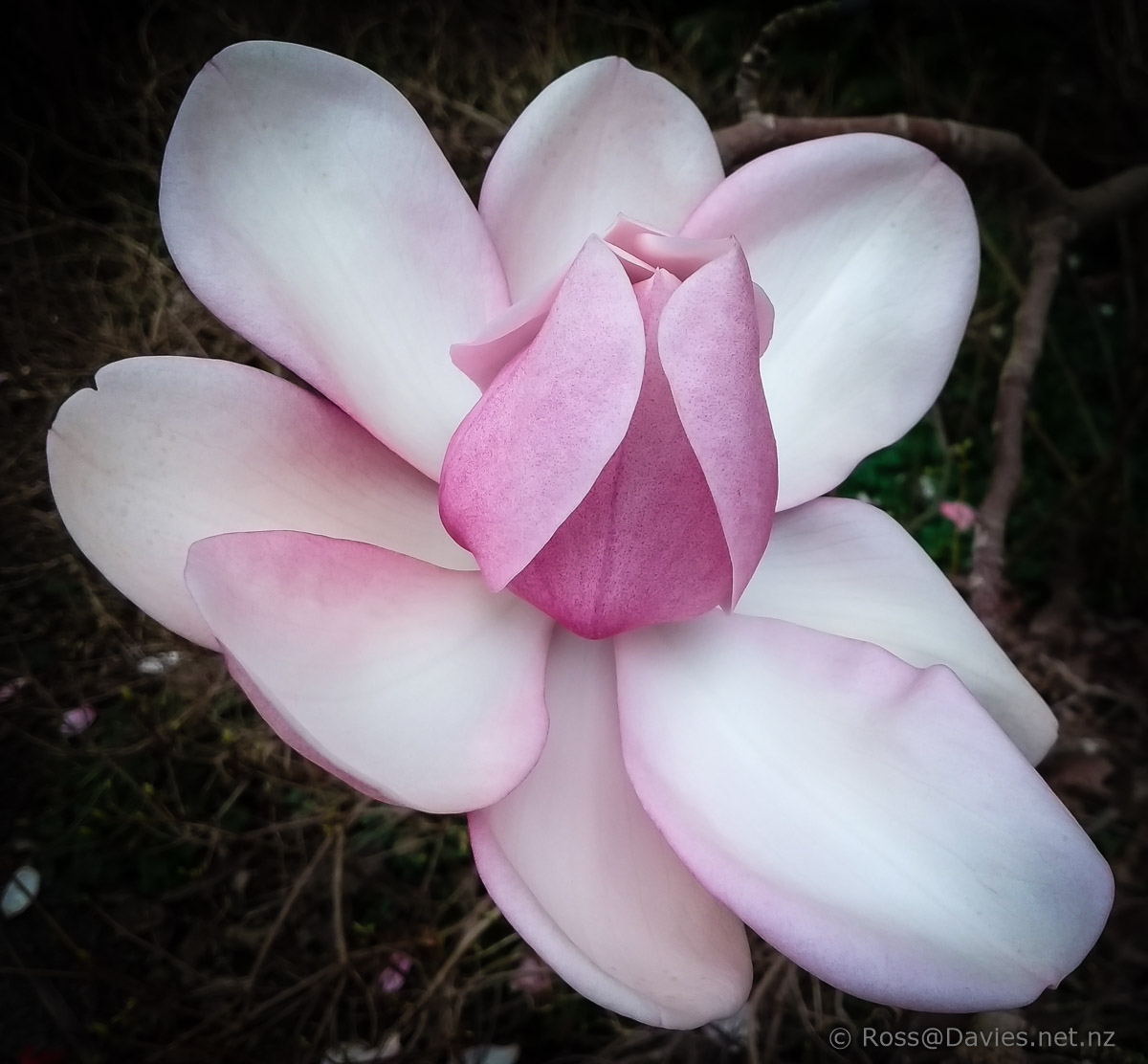 We felt lucky to have timed our visit perfectly. The flowers were at their best, and the lighting was flat and showed them off well. It was a good way to unwind from ‘Unrest’.

6 Responses to We go Looking for Spring and Find Perfection