What keeps the herd from running,
Stampeding far and wide?
The Admin’s long, low whistle,
And singing by their side.
(from “Cowboy Songs and FaceBook Ballads”)

Crikey! It looks like I’ve been excommunicated from another FaceBook Group. It’s a funny business; nobody tells you. You just gradually work out that your newsfeed thing is no longer busy with XYZ group’s posts. And you check your list of groups and find one missing. You search for the group’s page and you’re invited to join. Which would be a bit futile since you’ve just been banned. Presumably. For something. 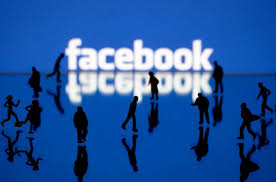 Does this happen to you; or is it just me? Is it just me that’s obnoxious or unfriendly or unkind or potty-mouthed? Or whatever it takes to get banned by FaceBook groups? It isn’t easy to know exactly why because nobody bothers to tell you you’re gone; they just cut you off. Explaining is never going to happen. This rankles for a while but then there’s not a lot of decency on the internet. This is FaceBook after all; the Wild West Web.

And it’s not like I’ve transgressed the unwritten rules or anything. FaceBook groups do have written rules and guidelines which are mostly clear and fair. I’m an unusual group member who reads these things and maybe that’s where I start going wrong?

So now I’ve been black-balled by two groups. It would sound cooler if the groups were something like ‘Anxious Anarchists’ or ‘The Rabid Radicals’. But nothing so dramatic. First I wasn’t good enough for ‘Motorhome Friends New Zealand’ which seemed a bit unfriendly. And my news last week was that I’ve been let go by ‘Dunedin News’.

Do I use bad language? No, unless you count split infinitives. Am I unkind? Not at all; I try to be kind, especially to people who are getting picked on. Do I flout the rules of the group? Far from it. I read the rules and remind other members when they are ignoring them. I even helpfully remind the page admin people about the rules; their rules. What’s the point of having rules if they mean nothing?

I can see you shaking your head. Do you think that might be my problem? Do you think Facebook Group Admins might not like to be reminded about their rules? Maybe that’s it. You could be right. The rules might just be because they are supposed to have some rules but mostly they like to ignore rules and they definitely don’t apply to them. And someone who complains that members of the group are behaving badly is just a drag on the whole vibe of the place. Even worse is that I was reflecting on their Group, and their Admin. Luckily that’s all quickly fixed with unticking a box and, poof, I am gone. Too easy … 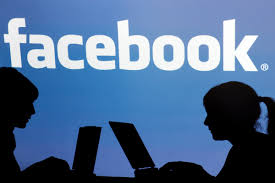 I see where I went wrong now thanks. I was being negative. Instead of joining in with the general bullying and disrespect, I was asking people to consider their behaviour. Where’s the community spirit in that? What gave me the right to be so righteous? Apart from the rules that is. And apart from common decency. Which seems to be an outdated concept. Particularly on the internet which really is a jungle; with a mob mentality. I don’t think I’m cut out for that and I need to stop trying to stop it. I’m as daft as that King bloke who wanted to hold the tide back.

I do understand that that is how a lot of the internet is these days; anarchy with little sense of responsibility and no concern for people (or organisations or businesses) that may be harmed by untrue or unfair or nasty comments. The internet gives people freedoms of speech not available anywhere else. It is the abuse of this that I don’t like. That and that these Facebook Groups have rules for behaviour of members which the group administrators don’t think apply to themselves, or their group. I’ve seen Group admins start posts to their own group with “I probably shouldn’t be posting this …” and then gone on to post what they knew would offend.

In the Wild West of the olden days, there were posses and lynch mobs. These days we have the Wild Web, and Facebook. We mightn’t have nooses and hanging trees, but the internet and Facebook are just as lawless, just as irrational and almost as nasty.